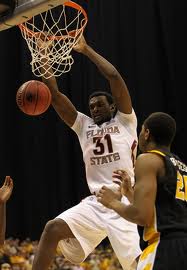 Washington D.C. – The draft board fell perfectly into the Washington Wizards lap as they pick forward Chris Singleton from Florida State with the 18th-overall selection in the 2011 NBA Draft.

Singleton was hands down the best defender, especially from the perimeter, in the draft.  Offensively, the 6-9, 230 pounder is continuing to improve.

However, with guards John Wall and Jordan Crawford, who can create nightmares for opposing defenders as penetrating scorers and their great passing abilities, Singleton will get his baskets, easily.

With a wingspan of 7-1, Singleton was the ACC Defensive Player of the Year for the 2010 and 2011 seasons and his defensive game will translate to the NBA level immediately.

The Wizards is a team build to run the floor to get out in transition, but is not a threat defensively.  The Wizards lost many games in the 2010 season in the fourth quarter as they broke down defensively.  Singleton will give the Wizards the defensive presence that they desperately need to compete and close out contests. 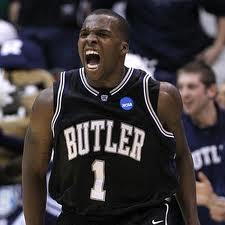 With the 34th-overall pick, the Wizards selected Butler guard Shelvin Mack.  Mack is a good on the ball defender, with a good perimeter shot as a pure point guard.