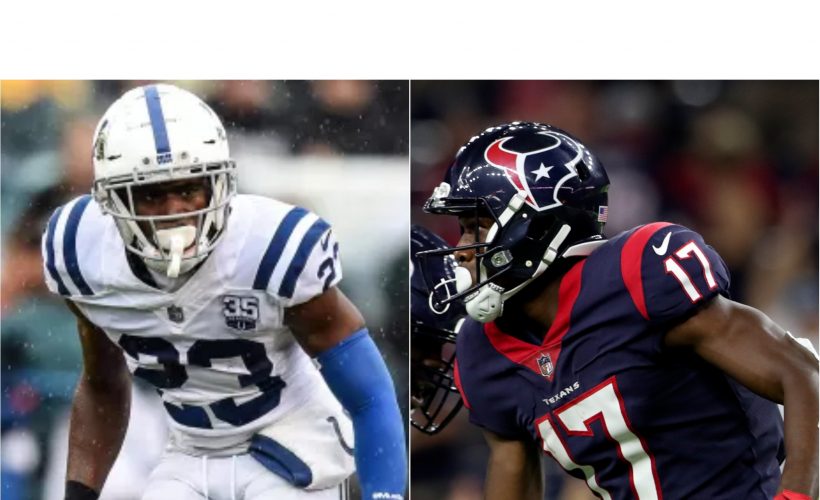 Week Four looks promising for several NFL Regional Combine players who are in position to take the next step to advance their career in the name of team success.

Minnesota Vikings wide receiver Adam Thielen kicked the week off for the RC standouts against the Los Angeles Rams Thursday night. The Pro Bowler continued his streak of gaining over 100-plus receiving yards with four as he registered 135 yards off eight receptions.

On one sequence, Thielen torched the Rams’ secondary on a 45-yard touchdown catch down the middle of the field late in the third quarter with 3:44 remaining. 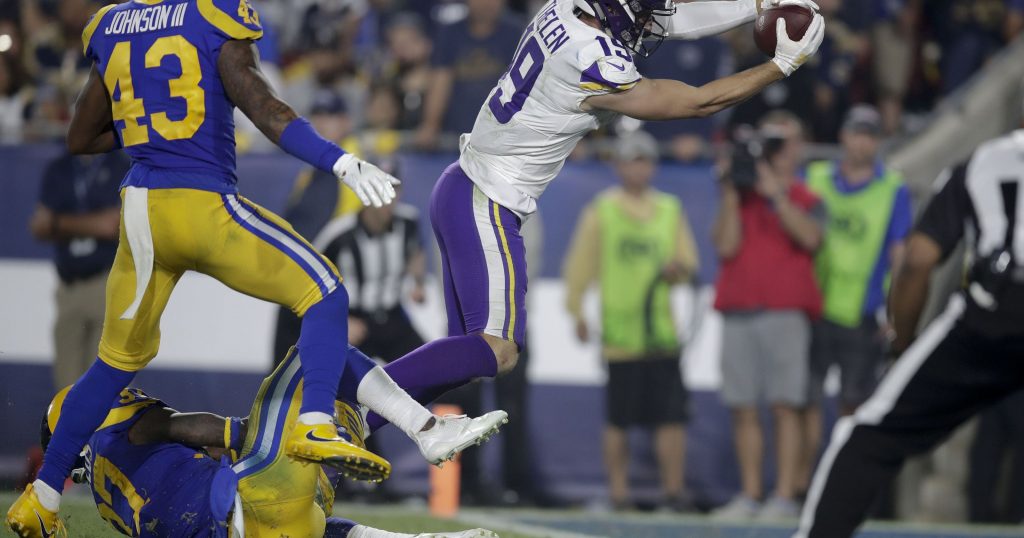 Thielen had a career-high in receptions (14) in Week Three against the Buffalo Bills for 105 yards. Entering Thursday’s contest, Thielen received 12-plus catches in consecutive games.

Although the Vikings fell short, one of the game’s greatest defensive minds respects Thielen greatly.

“We expect them to come after us in the running game and they’ve got a quarterback who can make plays — and then Adam Thielen — he may have caught the most passes of all-time in the last three games,” said Rams defensive coordinator Wade Phillips.

San Francisco 49ers quarterback Nick Mullens was promoted to the active roster and linebacker Nigel Harris signed to the Arizona Cardinals’ practice squad. Expect to witness both players in action sometime this year.

For now, the moment is at hand for several RC pioneers. 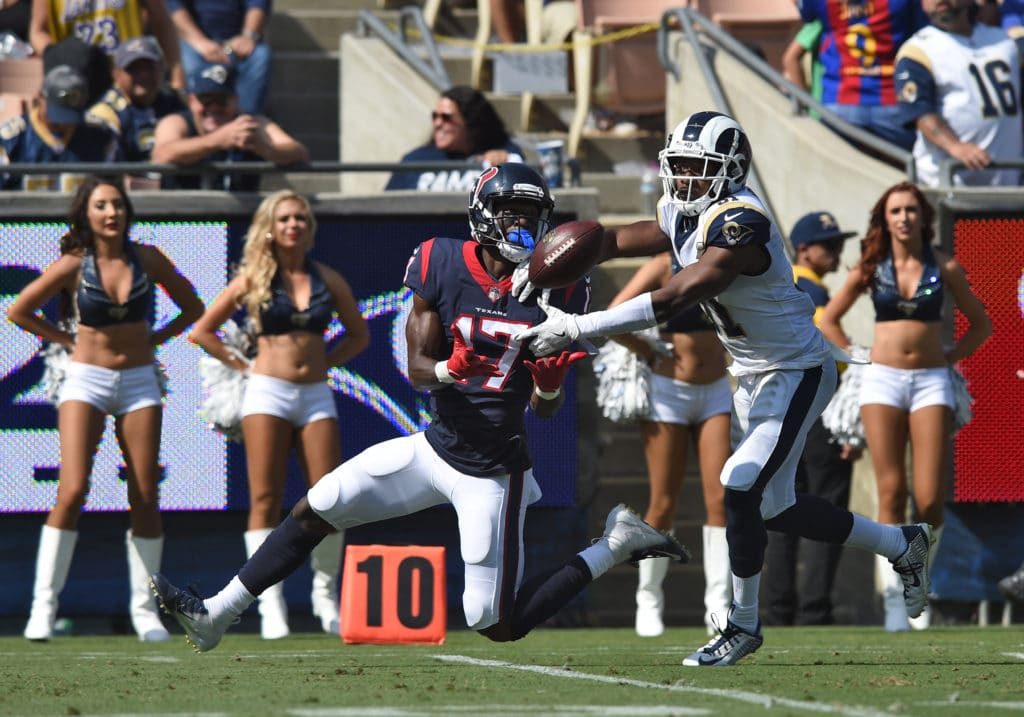 The Houston Texans venture to Indy to take on the Indianapolis Colts. The Texans are still looking for their first win of the 2018 campaign. Without a solid run game, the Texans will look to throw the ball and rookie wide receiver Vyncint Smith is gaining confidence each week.

Smith caught his first NFL pass in Week Three against the New York Giants late in the fourth quarter for 28 yards. His play led to set up a late touchdown.

Smith is earning targets, and if he gets rolling in Indianapolis, Colts cornerback Kenny Moore II will have to check him. And being covered by Moore II is no walk in the park.

“Kenny (Moore II) is just, he’s just so tough,” said Colts head coach Frank Reich. “This guy is mentally tough. He just grinds it out. He takes every rep in practice, he just works hard.”

Pro Football Focus reports that Moore II allowed a 0.0 passer rating in Week One against the Cincinnati Bengals when throwing into his coverage. The RC pioneer from Valdosta State has a 43.8 opposing passer rating thus far this season ranking him eighth among all NFL cornerbacks.

Smith may not command Moore II’s presence, however, it is a matchup to watch for down the road. Moore II has 15 tackles on the season. 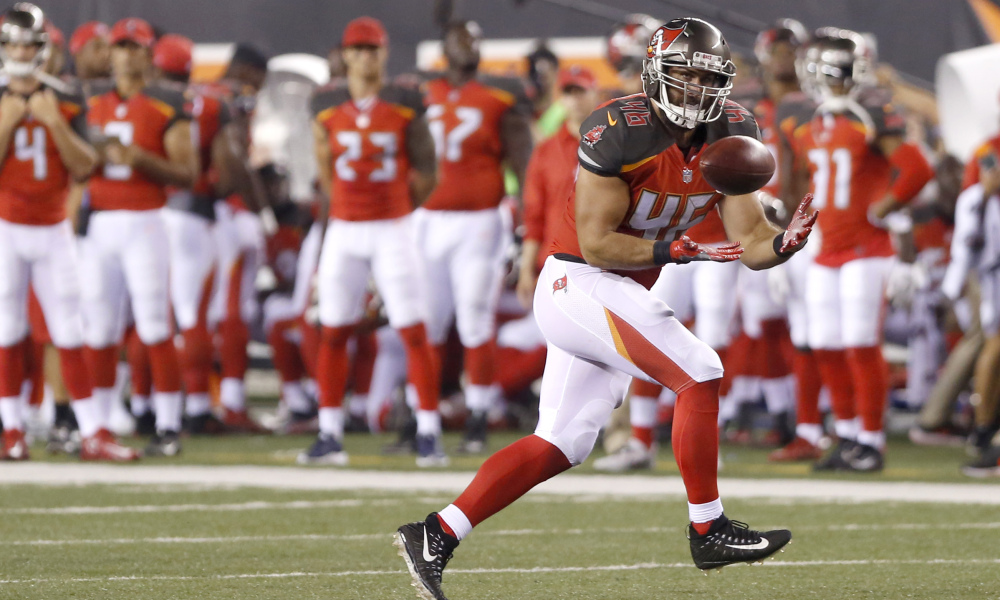 The Tampa Bay Buccaneers have a secret weapon on their roster in tight end Alan Cross. Our apologies Tampa!

Cross has excellent hands as a naturally gifted pass catcher. With three games in, however, Cross has not caught a pass – yet. If Cross has to chip off the line for a block, he will run into Chicago Bears defensive tackle Roy Robertson-Harris. Robertson-Harris has been a silent assassin for the Bears up the middle and occasionally off the edge.

Robertson-Harris will get a piece of Buccaneers offensive lineman Leonard Wester. Now, Robertson-Harris has to keep his eyes on Wester as he occasionally is targeted as a receiver.

Across the board, there will be some good battles in the trenches during this matchup.

–Keelan Cole was shut out of the endzone in Week Three. The wide receiver is continues to be the Jacksonville Jaguars top guy in receptions (15) and receiving yards (210). Cole will be matched up against a physical secondary in the New York Jets.

-Since the Seattle Seahawks are weak up the front, Arizona Cardinals defensive end Benson Mayowa will be able to get his hands on quarterback Russell Wilson. Watch for the showdown.

The Combine Report: Will Garoppolo's Injury Create The Opportunity Of A Lifetime For QB Nick Mullens? Previous post

The Combine Report: Week Four - RC Standouts Displayed Effort And A Lot Of Heart Next post