Washington Wizards: Will The New Scheme Help Attract Free Agents To The Wizards? 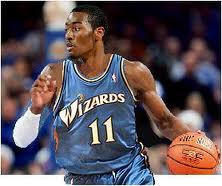 Los Angeles, Miami, New York and Chicago are major cities in which NBA free agents love to play at.  In the LeBron James sweepstakes last season, among other big name attractions, these cities, except for Los Angeles, were in the hunt for these superstars and they entertained ideas of performing in front of crowds in those towns.

However, the most powerful city in the United States was never mentioned—Washington.  Why is the District of Columbia not mentioned in the conversation as a likely destination for major NBA free agents?

Is it because of the nickname “the Wizards,” the organization or the team’s colors?

Thursday afternoon, the Wizards organization went public about the unveiling of their new color scheme on May 10—red, white and blue.

There is no word about a new name change, but since owner Ted Leonsis took the reins of control last year of the Wizards, Leonsis is moving the organization towards a solid path again and a new look could jump start some attraction from around the league.

“The updating of the Wizards brand has been a priority we have focused on with our partners at Adidas and the NBA league office for the better part of the past year and we look forward to the introduction of our new look on May 10,” said Wizards Executive Vice President of Business Operations, Greg Bibb. “We are excited about the finished product and we are eager to share the new designs with our fans on a day where our proud past will meet our exciting future.”

According to some link on the Internet, the Wizards’ new logo is the same design as their current logo, but the color arrangements are of the “Bullets” color scheme, red, white and blue.

However, several sources close to the Wizards organization has not confirmed that information of the logo’s details, including Leonsis who blogged on March 7 at Ted’s Take about the team’s new logo surfacing on the Internet. 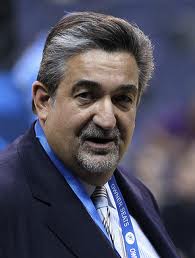 “Many of you have seen a new version of a Wizards logo circulating online. We won’t get into confirming or denying the validity of any logo designs. We appreciate and understand the excitement surrounding the new color scheme, and we are planning a comprehensive brand launch. We will announce the specific date for our public unveiling event soon and look forward to sharing our new brand identify with our fans.”

One thing for sure about the unveiling on May 10, Leonsis, Bibb, president Ernie Grunfeld, head coach Flip Saunders, current Wizards players, notable Bullets/Wizards alumni, the Wizards Girls and G-Wiz will be attending the event, along with other invited guests, as the ceremony will be streamed live on www.washingtonwizards.com.

But here’s the catch: There are not many major free agents available and the ones who would be on the market if they opt out, center Dwight Howard and guards Deron Williams and Chris Paul, to name a few, have not voiced anything about making a pit stop in Washington.

The only bargaining chip the Wizards have to attract solid free agents is guard John Wall.  Guard Jordan Crawford would help to make a solid backcourt for the Wizards, but Washington needs some bigs who are willing to play some “basketball” in the paint, not only when it is convenient, and not being fancy by playing from the perimeter and catching alley-oops.

With unrestricted free agents like center Nene, Samuel Dalembert, Carl Landry, Kenyon Martin and Tyson Chandler on the market, the Wizards could make a solid improvement to their roster overnight.

Changing the team’s logo is a good start, but how to sell Washington as an attractive city to play for is unsure.

Although, it should not be difficult.