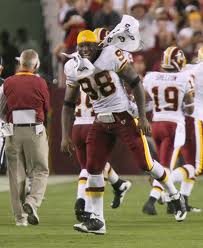 Normally, teams that had a poor outing in their previous season would get somewhat of a favorable schedule the following year. Fortunately, the Washington Redskins have all four NFC West teams on their schedule, a division where half its teams are experimenting with the quarterback situation—similar to the Burgundy and Gold.

However, the NFC East draws the AFC East as well, and two of their best teams (arguably two of the best units in the NFL) play the Redskins at FedEx Field.

Coming to Landover, MD are the Arizona Cardinals and the San Francisco 49ers. Nevertheless, the Redskins have to host three more games outside their divisional counterparts, which could end in bad results. The New York Jets and the New England Patriots are venturing to FedEx Field.

Moreover, no game will be as big as when quarterback Donovan McNabb returns to lead his Minnesota Vikings into his old territory, a place where he was in exile from, for a showdown on Dec. 24—Merry Christmas, Washington.

The road could be the Burgundy and Gold’s saving grace, but nothing is guaranteed as they journey to St. Louis, Seattle, Carolina, Buffalo and Miami.

Clearly, the question marks surrounding Washington are about their offensive output. How will they do at the quarterback position and their protection from the offensive line? How will their backfield and pass catchers perform? 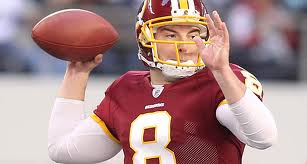 Surprisingly, the Redskins will make a splash for the 2011 season. Quarterback Rex Grossman was clearly better than John Beck during training camp and in the preseason. In the team’s final three games last season, Grossman performed well in offensive coordinator Kyle Shanahan’s system and totaled over 300 yards in each contest.

Running back Tim Hightower gives the Redskins that speedy back they desperately needed to complement running back Ryan Torain to give them a solid backfield. And veteran wide receivers Santana Moss and Donta Stallworth will help push receiver Anthony Armstrong into stardom. 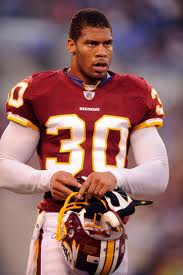 Defensively, the Redskins will be deadly with linebacker London Fletcher captaining the squad. Linebackers Brian Orakpo and rookie Ryan Kerrigan will be on the attack for quarterbacks. Cornerback DeAngelo Hall may be set for another return to the Pro Bowl, knowing cornerback Oshiomogho Atogwe and the head-hunting safety LaRon Landry (who returns after sustaining multiple injuries, including a torn Achilles), have his back.

Not having high expectations for the year may be the best thing for Washington. Nevertheless, the 2011 season may be another long campaign for the Redskins, based on their schedule—especially at home, where they have only won a total of nine games in their last three seasons.