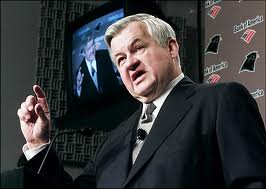 “…Out of the abundance of the heart, the mouth speaks.”  Such a strong statement and for the many who believe in this statement, which is quoted from the Bible in ﻿Luke 6:45, may hold people accountable for words spoken at all times, whether said out of anger or not.

The many who believe in this statement may hold people accountable for words spoken at all times, whether said out of anger or not.

“Did you get crazy after the draft and go out and get any tattoos or piercings?” asked Richardson in April, according to an article in the Charlotte Observer.  “Do I have to check you for anything?”

Richardson may have grinned after his statement, and many people in society may feel that the 77-years-old owner was within his rights to ask his first-round pick a personal question, which appears to have intended no harm.

Now, here is another question: Were Richardson’s comments racist, inappropriate or image driven?

No matter on whatever level in society, many in white America feel that they can say whatever they want to anyone, especially to blacks, and believe they are in the right and justified. 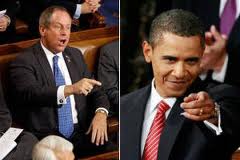 When Republican representative Joe Wilson shouted out, “You lie!” at President Barack Obama during the middle of the Command-in-Chief’s 2009 national address, many people felt he was in his right to say that—at that time.

Never in the history of the United States of America had a president been disrespected in that manner. Oh yeah, there was never before a black president, either.

Wilson’s comment was inappropriate, borderline racist, as were Richardson’s comments towards Newton.

If Richardson had concerns about tattooed players representing his team, tight end Jeremy Shockey should not have been welcomed to the Panthers. Moreover, Richardson would have made his statement about Shockey when he was signed, not after defending his comments on Newton.

“I’m not a choirboy,” said Richardson. “I never said I was. And I don’t want a roster of 53 choirboys. I told Jeremy Shockey, ‘Don’t change your personality. It’ll be good for the team. I could do without the tattoos, though.'”

No one can be told how to feel (emotionally) about anything.  Richardson is not considered a racist, but he opened Pandora’s box when he questioned his young black quarterback about having tattoos. Obviously, Richardson views tattoos as a negative.

However, tattoos do not make a person.

For those who like to always compare common workers and corporate-America professionals to professional athletes—and sometimes entertainers—a clean appearance counts for nothing.

Common workers and corporate-America professionals must look a certain way because they do represent a company or corporation, better yet a brand.

Professional athletes—and entertainers—are brands themselves, and if they win or are successful in their careers, endorsements and sponsors will flock to them.

Let’s be frank: In this case, when money is involved, common workers and corporate-America professionals are replaceable, and they do not matter as much. 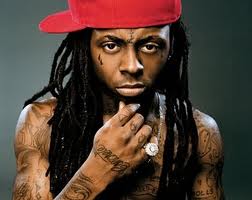 The standards are different for professional athletes and entertainers who are high profile, like rappers Eminem and Lil’ Wayne and former NBA All-Star guard Allen Iverson, because they generate money.

So, let us throw the image-driven thought out the door when it comes to being the face of the franchise.

If Newton were to get a tat or two, would Richardson cut him?

Most likely, Richardson would not, and to use the New York Yankees’ example of their policy of no facial hair is lame because their standards have precedent and facial hair is used to have a certain look, which can be removed, while in most cases tattoos are used as symbols and can be covered.

Should Richardson have expressed his feelings towards Newton about having tattoos?

Yes, he should have—but in a private setting.

There is a time and a place for everything. When a white man with power and money speaks against a black man, especially in a public setting, it will be viewed as racism, even if the speaker himself is not racist.

As long as Newton delivers on the field, puts fans in seats, and produces millions of dollars for the Panthers organization, that’s all Richardson needs to be concern about.

Not ink on a man’s body.

Article via Takingit2thehouse.com and Bleacher Report

Article via Bleacher Report and Takingit2thehouse.com