Tiki Barber: Will Arrogant Decisions or Age Hinder His Return to the NFL? (via Bleacher Report) 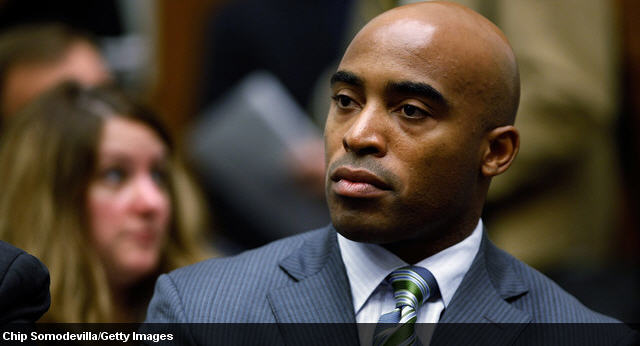 No one should ever glory in someone’s failure and heartache. Former NFL running back Tiki Barber is a man of great accomplishments.

However, due to his publicly questionable and arrogant decisions within the past five years, the New York Giants’ all-time leading rusher filed his paperwork to come out of retirement and return to the occupation that helped establish him as a household name.

The paperwork was filed on March 8. On the Thursday of the NFL draft this season, Barber told the Associated Press that he was coming back because he needed “something to focus on and be excited about,” combating rumors that was returning to professional football for financial reasons following his divorce settlement and getting fired at NBC.

Barber left the game of football to pursue a career in television because of the physical pounding his 5’10” frame was taking. The decision was a great one because of the opportunities that were presented.

However, after making critical comments about his former teammates and a troubled personal life (of his own doing), the 36-year-old is looking for a big paycheck from an NFL franchise to get his life and finances back on track.

For retired professional athletes, returning to the game they love is nothing new or shocking. With Barber’s reasons for returning to the NFL, what will hinder his successful return: his arrogance or his age? 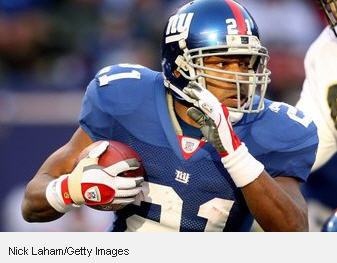 “I’m on a f–ing mission of redemption,” said Barber via text to his agent, Mark Lepselter, according to ProFootballTalk.com.

When the word “redemption” is used, thoughts of deliverance, being rescued or payback after some sort of failure or loss come to mind.

Barber holds multiple team records for the Giants and is the best running back in franchise history.

So, redemption for football? No, because Barber was successful in the NFL. To be enshrined in the Giants Ring of Honor is an eternal accomplishment.

“Once you try and fail, it’s hard to keep trying,” said Barber with a bearded-look during a sit-down interview with Armen Keteyian of HBO’s Real Sports with Bryant Gumbel, televised on June 21. 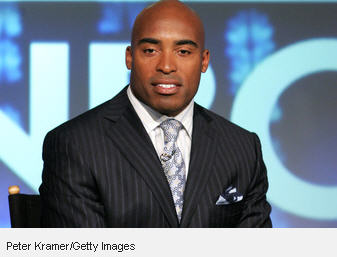 Barber did not fail in football, so seeking redemption in football does not make sense, but being redeemed through football to get back on track is understandable.

At the age of 36, being a ball carrier in the NFL could be a long-shot for success. However, his motives and displayed arrogance may be his ultimate hindrance.

Barber’s comments towards former teammate and Super Bowl champion Michael Strahan regarding only “thinking about himself” (in reference to the contract he signed with the Giants in 2002), highlight how the returning running back may have been viewed in the locker room as a disliked player.

In his interview with the HBO investigative sports show, Barber talked about how people negatively judged him for leaving the NFL to pursue his new career, wearing a suit and looking clean in front of the camera, when he was at the top of his game.

Barber’s decision was a great one as he saw the big picture of long-term success without continuously allowing his body to be battered. Barber stated during the interview that “they were trying to dictate what I should do with my life,” and said he simply “didn’t want to do it [the work] anymore” regarding the work that made him a star.

Barber went on to join NBC’s The Today Show and Football Night in America/Sunday Night Football to prove he could be critical as an NFL analyst.

He made some harsh comments about his former teammate Eli Manning and head coach Tom Coughlin (who revamped Barber’s career), which rubbed some of his ex-mates the wrong way. 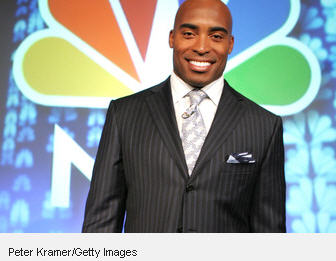 Unfortunately, the decision to leave the game earlier cost Barber the chance to win a Super Bowl ring, which the Giants earned the year following Barber’s retirement in 2007.

His decision to retire early from the NFL sparked a string of choices that put Barber back into the gym with New Jersey strongman Joe Carini.
[br]
The decision to leave his wife, Ginny (when she was eight months pregnant with twins) for Traci Lynn Johnson, a 23-year-old blonde (who was a former intern for NBC), was another questionable choice of Barber’s.

After his ex-wife’s decision to ban him from the delivery room, Barber’s marriage of 11 years with Ginny came to an abrupt end.

NBC later made the decision to terminate his contract due to a moral clause in their agreement, which reportedly paid him over $300,000 annually.

The New York Post reported that Barber struggled to pay his divorce settlement in June of 2010.

Barber’s arrogance allowed him to believe that (through his decisions) he was untouchable. Ironically, Barber desires to be touched by defensive linemen again.

Can Barber get back on his feet? Without a doubt, yes. 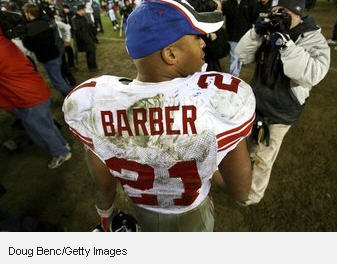 If given the opportunity in the right situation, can Barber be successful in the NFL? Absolutely.

Does Barber honestly need football to be successful again? No, because he is an intelligent man; with the right help he could easily get back on his feet and save face as a media personality.

Moreover, Barber is using football as a quick fix to deal with depression.

Clearly, Barber’s motivation to return to the NFL is strictly for the money—not because he loves and misses the game.

Barber is not the only athlete who wants to play professionally for an enormous income. However, the former Giants great is desperate to make big money, and the question that will eventually surface in the minds of his potential teammates is if he is only going to look out for himself and not fight for the team.

Barber was tearful during his interview on HBO as he expressed his sincere feelings about returning to football and his need to play. He agreed that football would be the “anchor” for him to be able to be successful again. 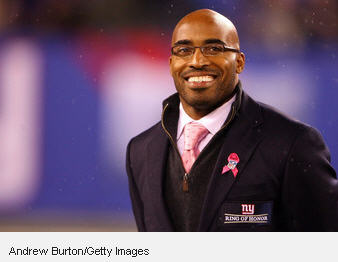 “The game never needs you because there’s always someone else to come and take your place,” said Barber. “But right now, I need the game.”

That is a bridge and story to watch out for, assuming a team will give him a chance.

The New York Post reports that the Pittsburgh Steelers and the Tampa Bay Buccaneers may be decent landing spots for the returning running back.

Both squads could be a great destination for Barber, but despite having the opportunity to play with his twin brother, Ronde (who signed a one-year extension with the Bucs), the Steelers would be a better fit.

With running backs Rashard Mendenhall and Isaac Redman, Barber doesn’t have to worry about carrying a full load as he gets his fresh legs back into game shape. However, the Steelers franchise would be Barber’s best destination for winning a ring.

The past five years for Barber have been a roller-coaster ride, in terms of a bright career to no career loaded with emotions—all to his own doing. No one feels sorry for Barber, especially for how he treated his wife, and when honored by the Giants to become a part of the Ring of Honor, the fans booed him.

To Barber’s credit, he will be a fresher 36-year-old back with no recent wear and tear.

Hopefully Barber will make an active roster and be an asset to a franchise. Though his passion for playing football may be gone, Barber’s will to succeed is strong; to do something that is disliked in order to achieve a goal is not bad, either.

Is Barber arrogant for believing that he can still succeed in the NFL at the age of 36? He could be, but he is a broken man and if football can be his salvation, for now, may he be blessed and perform well on a high level once more.

Let’s just hope that his past decisions do not hinder him as much now.