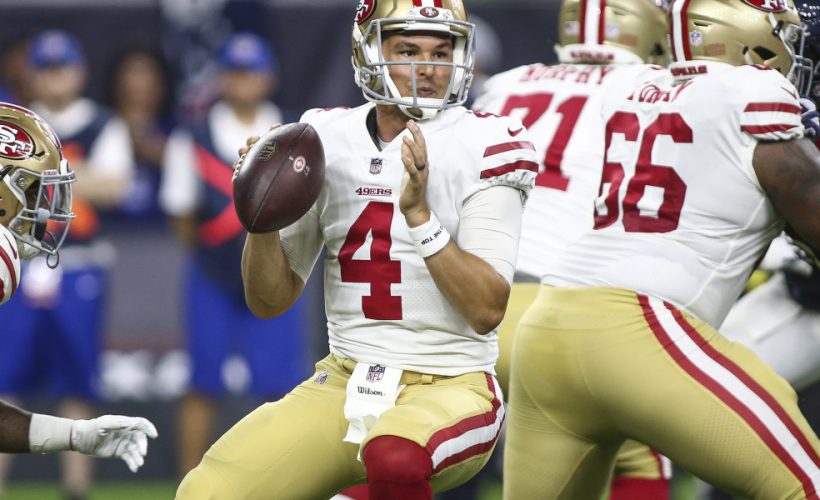 The Combine Report: Will Garoppolo’s Injury Create The Opportunity Of A Lifetime For QB Nick Mullens?

Nick Mullens Is A Proven Winner, May Finally Get To Show It

No athlete glorifies a teammates’ injury. However, an opportunity is an opportunity. Will San Francisco 49ers quarterback Nick Mullens get his opportunity of a lifetime after starting signal caller Jimmy Garoppolo went down to a ACL injury Sunday?

Garoppolo sustained a knee injury after taking a huge hit from cornerback Steven Nelson late in the fourth quarter with 5:35 remaining. The 49ers feared the worse that Garoppolo sustained a tore ACL and Wednesday, as expected, their franchise quarterback was officially lost for the season.

Backup quarterback C. J. Beathard finished out the game and he will be the next man up.

Mullens came through the NFL Regional Combine platform in 2017 during the trials held in New Orleans. Mullens signed with the 49ers as an undrafted free agent in 2017 and made their practice squad. Beathard was drafted in the third round by the 49ers the same year. The 49ers and Mullins will rally behind Beathard, but Mullens will be ready if his name is called. 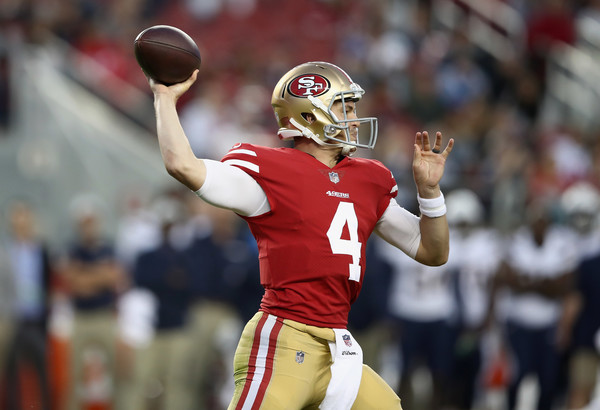 Mullens led the 49ers in a comeback win over the Dallas Cowboys during Week One of the preseason. The product from Southern Mississippi puts a great spin on the ball as he throws with velocity and touch. Mullens is a winner, and he has the C-USA Offensive Player of the Year award to back him up (2015).

Before the 49ers promoted Mullens, they worked out several free-agent quarterbacks in Kyle Allen, Matt Simms, Kellen Clemens, T.J. Yates, Tom Savage, E.J. Manuel and Landry Jones Tuesday. Allen and Simms were the only two among the tryouts who started an NFL regular-season game.

“When you start to get to these quarterbacks we’re talking about, C.J.’s our guy, and we have Nick Mullens backing him up,” said 49ers head coach Kyle Shanahan Monday during his press conference. “When you get into a third or fourth guy, whoever that is, you’d like to bring in guys who you felt you didn’t have to change much of your offense for.”

Shanahan was pleased with the workouts. Clearly he is satisfied with his current field generals.

“All of those guys are people we’ve seen film on before,” stated Shanahan. “I kind of think workouts are extremely overrated. Lots of people can throw on air. Everyone who plays at the NFL level can throw on air. It’s how you play the position. So, you go off the tape that you’ve watched. You bring guys in just to see where they’re at to make sure they haven’t just been sitting on the couch for the last couple months. They’ve still been working out. They can still function. Then, you mainly go off of what you saw on tape.”

Mullens is the third quarterback from the RC to be on a NFL team’s active roster.  B.J. Daniels the first quarterback, followed by Joe Callahan. Daniels was the first to throw a pass during the regular season (2015).

Daniels currently quarterbacks in the CFL for the Saskatchewan Roughriders, while Callahan is a free agent. Mullens is probably the most capable quarterback from the platform to sustain a career in the league due to his competitive play at the collegiate level.

If Beathard is ineffective, Mullens is capable of leading the 49ers. If the NFL Regional Combine pioneer earns the opportunity to see the field, Mullens’ talents may create an opportunity somewhere, or back up Garoppolo moving forward.