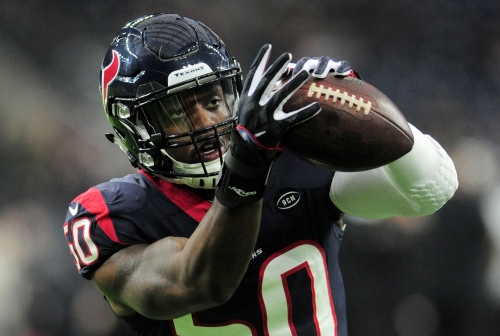 The Combine Report: Wildcard Weekend Preview – Adam In Minnesota, Adams In Houston; Will Both Help Their Team Advance?

NFL Regional Combine Pioneers Ready To Advance To The Next Round

Wildcard Weekend is here, and the show begins. With eight teams squaring off, four will advance. In order to advance, every ounce of effort will be needed from each players. Without a doubt, the NFL Regional Combine standouts will give their all.

Minnesota Vikings wide receiver Adam Thielen has been tinkering with a hamstring injury that hampered his 2019 campaign. Since Week Seven after facing against the Detroit Lions, when he sustained the injury, Thielen has only three catches (seven targets) for 27 yards, which came against the Los Angeles Chargers in Week 15.

After trying different methods to get healthy quickly, it was best to shut Thielen down. Now, the two-time All-Pro receiver is ready at the right time.

“There was really no other way to do it; I tried to do it the other way, and it didn’t work out,” said Thielen. “With that type of injury, you have to be 100 percent because you’ll just end up taking five steps backwards if you aren’t.

“With other injuries, you can play through some pain, maybe not at 100 percent, and still do your job. With a hamstring injury, it’s totally different, and obviously I learned that.”

Thielen normally have his way against the New Orleans Saints, who the Vikings will face in the Wildcard match Sunday. Thielen has challenged against the Saints three times during his career. He has amassed 22 receptions for 334 yards and one touchdown, off just 26 targets.

Fortunately, Thielen is healthy and ready to go.

“We’re excited to have him (Thielen) as a part of this attack,” said Vikings offensive coordinator Kevin Stefanski. “I think the production will come as always anytime you’re coming off an injury like he was, I think he’s raring to go now.

“I do believe he looks great out here today, so we’ll see how the game unfolds. If it calls for a big day from him, I think he’ll be ready.”

Along with Thielen, who came through the RC process in 2013, full back C.J. Ham is looking to post his stamp on this playoff run.

Ham is an old fashioned fullback who loves to block and run for the tough yards. What help make him unique is his solid catching ability as he can line up in the slot or as a split wideout. The versatile fullback should be impactful down the stretch.

In the Houston Texans/Buffalo Bills matchup Saturday, one of the two linebackers who ventured through the NFL Regional Combine will have an opportunity to play in the Divisional Round – Texans’ Tyrell Adams and Bills’ Julian Stanford.

Both players are special team aces, however, Adams should see more action with the defensive unit. Stanford had eight tackles, while Adams finished the season with 13 tackles.

After calling defensive plays in Week 16, Adams will be comfortable in the lineup when his number is called.

“The guy’s (Adams) just, he’s really one of those guys, in my opinion, that really exemplifies what pro football is all about,” stated Texans coach Bill O’Brien. “It’s about the fabric guys and the role players doing their jobs at the highest level when you ask them to do that. That’s what Tyrell does.”

These RC pioneers will be fully engaged in their matchups. For Adam and Adams, they will perform a larger role.

NFL Caretakers: The Best Behind The Whistles - Bang-Bang To The End Previous post