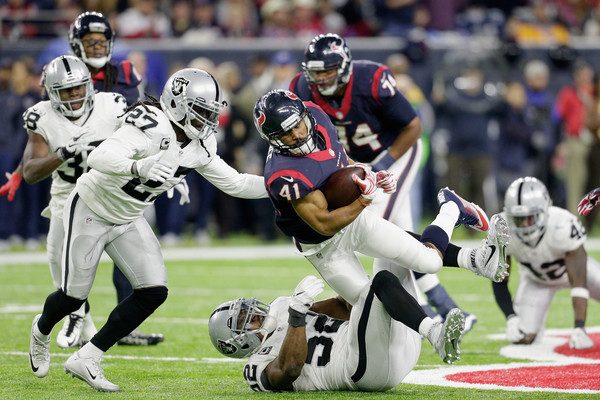 Coming through in the clutch in the playoffs is a player’s dream. A couple NFL Regional Combine pioneers relished in his opportunity to step up for their squads in Wildcard Weekend to live out their vision.

The ground play was clearly the story for the opening round of the NFL playoffs. The NFL Regional Combine is thin on having running backs from their platform contributing to teams in the league. Fortunately, Houston Texans running back Jonathan Grimes is able and willing to carry the load.

THERE’S STILL SOMETIME. NFL HOPEFULS WHO ARE OVERLOOKED AND DRAFT ELIGIBLE FOR 2017, REGISTER FOR THE 2017 NFL REGIONAL COMBINE – NOW

Despite going up against a rookie quarterback, the Texans decided to play keep away from the talented Oakland Raiders offense. 43 was the number of times the Texans carried the ball and Grimes came through on four attempts, especially late in the contest.

Up 20-7 against the Raiders, the Texans needed one more touchdown to feel comfortable about their chancing to seal the game. On two-and-10 from the Texans’ 47 yard-line, Grimes blasted up the middle for 12 yards to extend the drive into the fourth quarter. 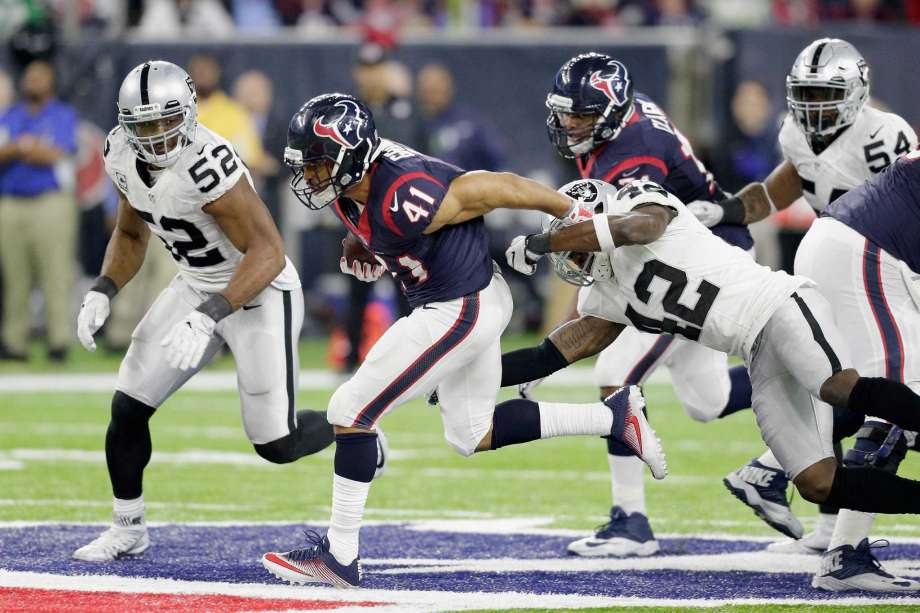 Grimes run sparked the Texans offense and they never faced a third down situation during that series, which ultimately ended in a Brock Osweiler one-yard scramble for a touchdown.

The William and Mary standout and RC pioneer from the 2012 workouts was huge on another big gain with 3:50 left in regulation on third-and-9 from the Texans’ 47 when he picked up 10 yards while penetrating the middle.

The third-down specialist in Grimes finished the contest with 30 yards.

On the other side of the ball, Raiders wide receiver Seth Roberts managed only one reception for a yard.

Seattle Seahawks tight end Brandon Williams was not targeted, but he had his radar locked on Detroit Lions’ defenders as he contributed to some pathways for running back Thomas Rawls to sustain a franchise record-setting evening with 161 rushing yards.

In terms of paving away, left tackle Alejandro Villanueva was in the midst of Pittsburgh Steelers’ early high wire act and late power ground game.

Villanueva helped kept quarterback Ben Roethlisberger off the ground for majority of the contest against the Miami Dolphins and bullied defenders around to create running lanes for ball carrier Le’Veon Bell. Bell had a record-setting afternoon as he ran for 167 yards and two touchdowns off 29 carries.

Steelers’ cornerback Jordan Dangerfield was nearly in on every play and managed to get a tackle. 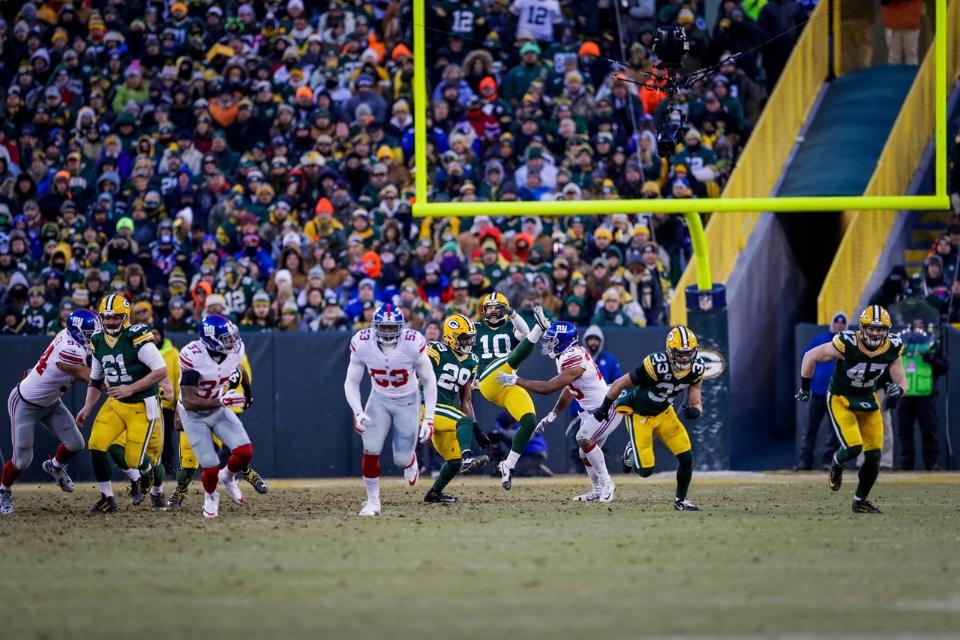 The Packers struggled to move the ball down the field during the first half. Out of seven series, the Packers punted five times, and on three occasions, they had three-and-outs.

Field positioning was paramount for the Packers as they needed to force the New York Giants into long drives, and to give quarterback Aaron Rodgers and the offense a breather for short-fielded situations.

On five attempts in the first half, Schum nailed three punts inside the 20 – two inside the 10.

The Packers eventually took advantage of those opportunities to put points on the board. Schum executed his job so well to the point that he had to kick only once in the second half because the Packers’ offense caught fire.

Some RC standouts had their season’s ended, but a good hand full of athletes gets to press forward towards the Lombardi.

The Combine Report: Divisional Round - 14 RC Players Will Take the Field Next post