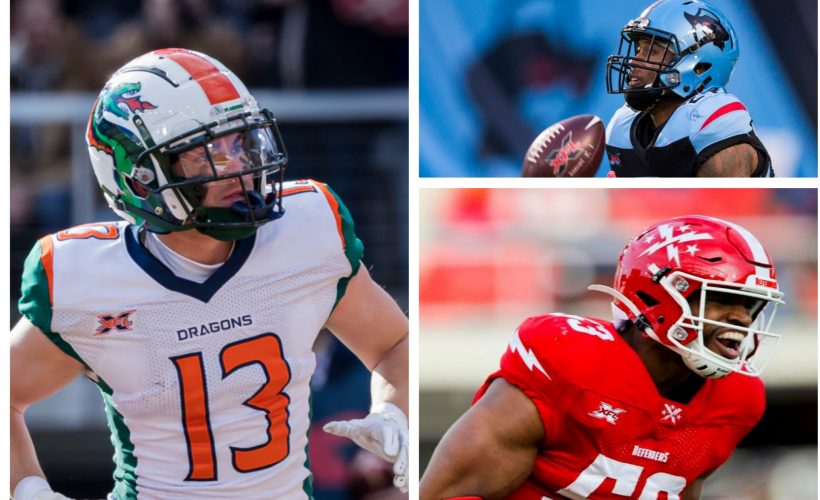 It’s not easy to make a reservation for sitting at the NFL table. The aroma that leads to the NFL is one thing, but to actually taste what the NFL can provide and to not finish the course, becomes an appetite that can not be satisfied.

Unless, another reservation was made.

At the start of the XFL Draft pool, 33 NFL Regional Combine pioneers were listed. Many played well, only a few were consistent and performed on a high level. High enough to make a reservation to return to the NFL’s table.

Los Angeles Wildcats wide receiver Nelson Spruce was invited to the NFL Scouting Combine, but later used the platform of the NFL Pro Player Combine to achieve another shot in the NFL.

Following a brief return to the NFL and the Alliance of American Football (AAF), Spruce, 27, had a solid showing in the XFL as he caught 20 passes for 256 yards and two touchdowns. The 6-2, 205-pound receiver demonstrated that he can be a productive possession pass catcher in the NFL.

Speaking of solid possession receiver, Seattle Dragons wide receiver Austin Proehl definitely can fit the bill for any pass-friendly offense in the NFL.

The elusive, disciplined Proehl was one of the talents who journeyed through the 2018 NFL Regional Combine Invitational and showcased creditable skill sets that allotted him the opportunity of getting selected by the Buffalo Bills in the seventh-round (255th-overall) in the 2018 NFL Draft.

Proehl was waived, had a short stint with the Tennessee Titans and landed on the Los Angeles Rams’ practice squad, where he nearly won a ring in Super Bowl LIII.

Proehl’s father, Ricky Proehl who is a legend in the Rams organization, is a two-time Super Bowl champion. The 5-10, 180-pound receiver had 16 receptions for 225 yards and three touchdowns.

For the XFL, Proehl made league history as the first player to score a touchdown on a 14-yard pass from quarterback Brandon Silvers.

Expect to see Proehl catch more of those in the NFL.

Dallas Renegades running back Austin Walter did not get a ton of carries from the backfield. As a return specialist, Walter was electric.

When Walter touched the ball on his second try, he returned a 97-yard kickoff for a touchdown against the New York Guardians. Like Proehl, Walter had a solid trial at the 2019 NFL Regional Combine Invitational.

Walter was impressive as a San Francisco 49er, but the depth at the running back position was deep in San Francisco. He was waived and signed with the New York Giants before he was released.

After his showing in the XFL, Walter, who had the most return yards in the league with 437, is definitely a discussion at a NFL table.

“I definitely want to get back in the NFL,” said Walter, according to the houstonchronicle. “Everybody’s trying to figure out how this thing works for the XFL players. Some people have to do workouts, so I feel like it’s different for everybody.

“I just have to be patient and let things fall into place and I’m sure, at the end of the day, I’ll be back in someone’s camp.”

Linebacker Jameer Thurman was excellent for the D.C. Defenders. He finished the XFL season with 28 tackles, 11th-best in the league. The standout out from the 2017 NFL Regional Combine trials also had three passes defensed, a forced fumble, a blocked punt and an interception, which he returned for a touchdown becoming the first defensive player to score a touchdown.

After two seasons in the Canadian Football League (CFL) with the Calgary Stampeders, where he helped to won the Grey Cup, Thurman signed with the Chicago Bears. Following that brief stint, Thurman may have turned some heads in the NFL.

Since the 2018 NFL Regional Combine Invitational, there was no secret that cornerback Deatrick Nichols can ball. He just needed an opportunity. The Arizona Cardinals gave Nichols that shot and made their practice squad.

After his release from the desert, Nichols found a home with the Houston Roughnecks and led the XFL in interceptions with three. He also registered 24 tackles and six passes defensed.

It is only a matter of time for Nichols to get a seat at the table.

Teammate in defensive tackle Johnny Maxey Jr. is a disrupter on the defensive line and stats numbers does not always show up. Nevertheless, Maxey’s presence is recognizable and respected. Maxey, who journeyed through the RC process in 2016, finished with five tackles for the Roughnecks.

Now, Maxey eyes to finish what he started with the Pittsburgh Steelers and Titans at the next level.

At the age of 30, St. Louis BattleHawks safety Will Hill is an old school player with tons of passion, motivation and heart. His time may have passed in the NFL, albeit, Hill still has gas left in the tank as he finished sixth in tackles with 33, including three quarterback hits, and two interceptions.

The NFL journeyman who ventured through the NFL Regional Combine in 2012, the first year NFL Football Operations invested into the process, Hill bounced around the NFL and was effective.

After a failed drug test and a suspension as a member of the Baltimore Ravens in 2016, the XFL fueled Hill’s fire and, now, he is ready for another shot.

Due to these RC pioneers’ performances, reservations to sit at the NFL table should be inevitable.