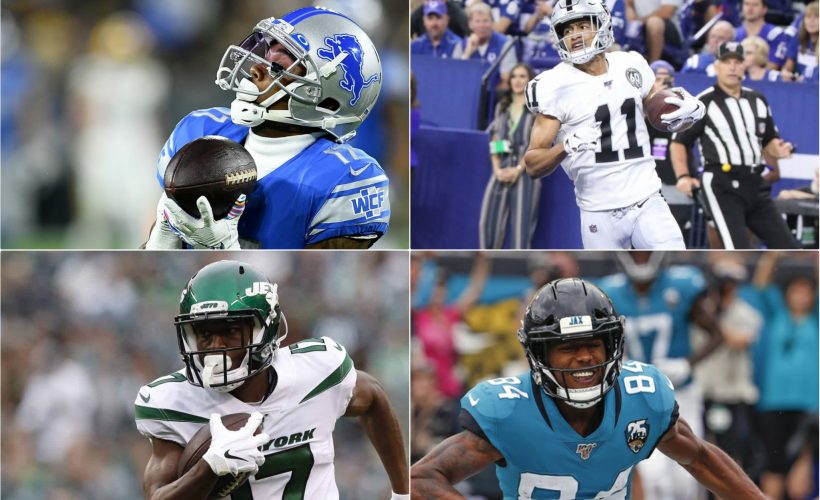 The Combine Report: Which RC Pioneer Receiver Can Be The Next Adam Thielen?

Four Collective Receivers, Follow-Up For Week Eight Of The NFL

Since the emergence of the NFL Regional Combine in 2012, the defensive talents (especially defensive backs) made the transition to the NFL better than the offensive standouts. Until Minnesota Vikings wide receiver Adam Thielen changed that narrative.

Thielen attended the RC platform in 2013 and made the Vikings’ roster in 2014, however, his coming out party was in 2016 when he caught 69 balls for 967 yards and five touchdowns. After that, the Division II star exploded to become a Two-time All-Pro and broke the bank.

Now, it begs the question, who will be the next Thielen from the platform?

Exiting Week Eight of the NFL, the receivers did not disappoint.

Out the gate, the Jaguars got on the score board as Cole scored his second touchdown of the season. With 12:43 remaining in the first quarter, the Jaguars faced a second-and-goal from the Jets’ six-yard line. Jaguars quarterback Gardner Minshew II took the ball from shotgun, stood in the pocket and tossed a six yard pass into the center of the endzone to Cole for the score.

Cole was lined up inside slot, sprinted up the hash marks, faked to the outside to his left and ran behind the safety for the easy pass and catch.

Considering Cole’s lack of snaps this season, he only was targeted 12 times, and he was implemented right away, resulting in a score.

For Smith, he carried the ball once for 12 yards and caught two passes totaling 10 yards.

In the first quarter against the New York Giants, the Lions faced a third-and-15 from the Giants’ 49-yard line with 2:39 remaining. Hall was lined up inside slot and simply ran a straight go-route.

Lions quarterback Matthew Stafford received the ball from shotgun and threw deep down the left side of the field. Hall was open deep as he blew past Giants defensive back Michael Thomas for a 49-yard touchdown catch and the Lions’ first offensive score of the contest.

Against the Houston Texans, Davis received a pass for 15 yards.

Thielen put his work in as a special teams specialist for the Vikings and worked his way to the caliber pass catcher he is currently, breaking some NFL records along the way. Thielen agreed to an four-year extension worth $64 million in April.

However, the largest component of Thielen’s success was the willingness of the Vikings’ organization to invest time in allowing the RC legend to develop.

Cole has not been in the offensive line up this season compared to the last two seasons, and Smith, Hall and Davis are each on the second team during their young career.

Talent wise, the potential is there for each player to mirror Thielen’s success. If their respective clubs fashion the same patience as the Vikings did for Thielen, these collective four will be special.

The Combine Report: Week 9 Preview - Needham, Smith Matchup To Watch. Can Dunbar And Holcomb Upstage The Bills? Next post