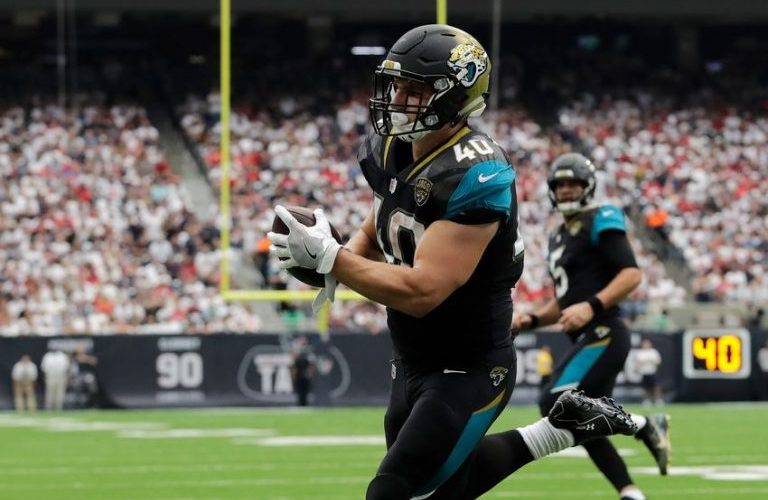 Week One of the NFL had its normal ups and down, along with some unexpected twists and turns. The athletes from the NFL Combine series, who always give their all, provided us with some surprises.

Getting into the endzone in the NFL is not an easy task. After four years in the NFL, fullback Tommy Bohanon of the Jacksonville Jaguars finally got to experience that moment.

In the third quarter with 4:14 remaining from the Houston Texans’ 1-yard line, Jaguars quarterback Blake Bortles rolled out from under center for a play action pass and connected with Bohanan as he sprinted across the goal line.

Oakland Raiders 18-year veteran kicker Sebastian Janikowski may have already booted himself into the Pro Football of Hall of Fame. 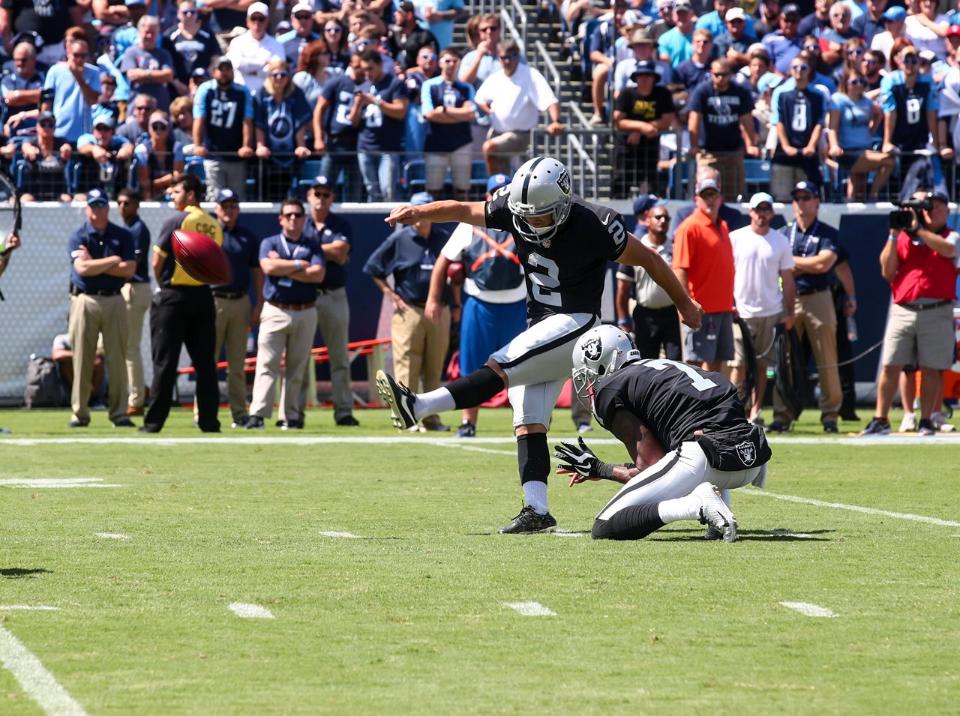 After some notable kickers like Mike Nugent and Josh Lambo challenged for Janikowski’s potential former job prior to the start of the season, the Raiders went with Giorgio Tavecchio. The Italian kicker has been on the Raiders’ practice squad since 2014 and attended the NFL Regional Combine in 2012 and 2013 at the Los Angeles-held trials.

Tavecchio experienced some time with the San Francisco 49ers, Green Bay Packers and Detroit Lions before signing with the Raiders. The Raiders’ confidence and Tavecchio’s patience proved fruitful against the Tennessee Titans in a tight contest.

The Combine Report: 71 NFL Regional Combine Pioneers Enters Week One, Most Ever

Tavecchio nailed five out of five field goals, including two marks from 52 yards with enough air to have gone farther. His perseverance is a testimony to how talent will make room for a player and how strong the RC platform is.

“I’ve been dreaming about this moment for a very long time,” said Tavecchio following the game, according to Raider.com. “Special. I’m feeling gratitude, catharsis, there’s a kind of duality to the moment. You spend so much time waiting, hoping, imagining it, dreaming it, and then what it happens, it’s not necessarily anticlimactic, but you can’t be too caught up in the moment for what it means to you.”

“In the end, this isn’t about me, this is about the Raiders playing the Tennessee Titans, and I’m just grateful I got the chance to contribute,” he continued

Let’s stay with the Raiders. 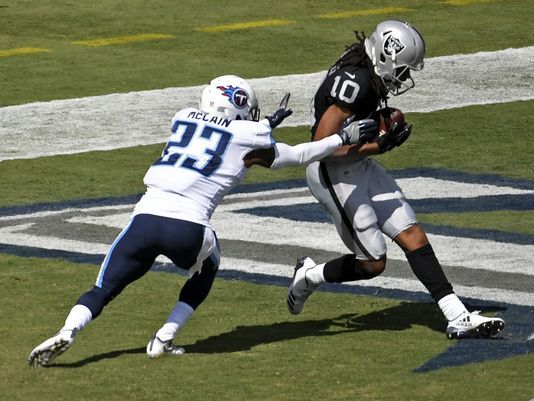 Raiders wide receiver Seth Roberts is a Titan killer. He scored at least once against the Titans in the Raiders’ last two matchups.

In the fourth quarter with 12:02 remaining from the Titans’ 19-yard line on first-and-10, quarterback Derek Carr had the Raiders in a thread formation with four receivers, while Roberts was lined up on the inside towards the left. Roberts ran a steam route up the middle of the field and Carr hit him deep in the endzone before three defensive backs collapsed on him.

Out of the Raiders’ six scoring drives, five were made by NFL Regional Combine standouts.

Los Angeles Chargers linebacker Jatavis Brown and Minnesota Vikings wide receiver Adam Thielen, two other RC’s finest, are about to become the head and no longer the tail for their squads.

Chargers defensive end Joey Bosa is the star defensive player, but Brown is becoming the leader. He led the Chargers in tackles last season as a rookie, and he picked up from where he left off last season with 14 tackles against the Broncos.

“Everybody was feeding off each other’s energy,” Diggs said. “Everybody was playing as a team and as a unit. The offensive line was doing a great job and Sam was slinging it around. Adam was over there opening things up for me and I was trying to do the same for him. Just playing together and playing as a collective unit, we’re a powerful force.” 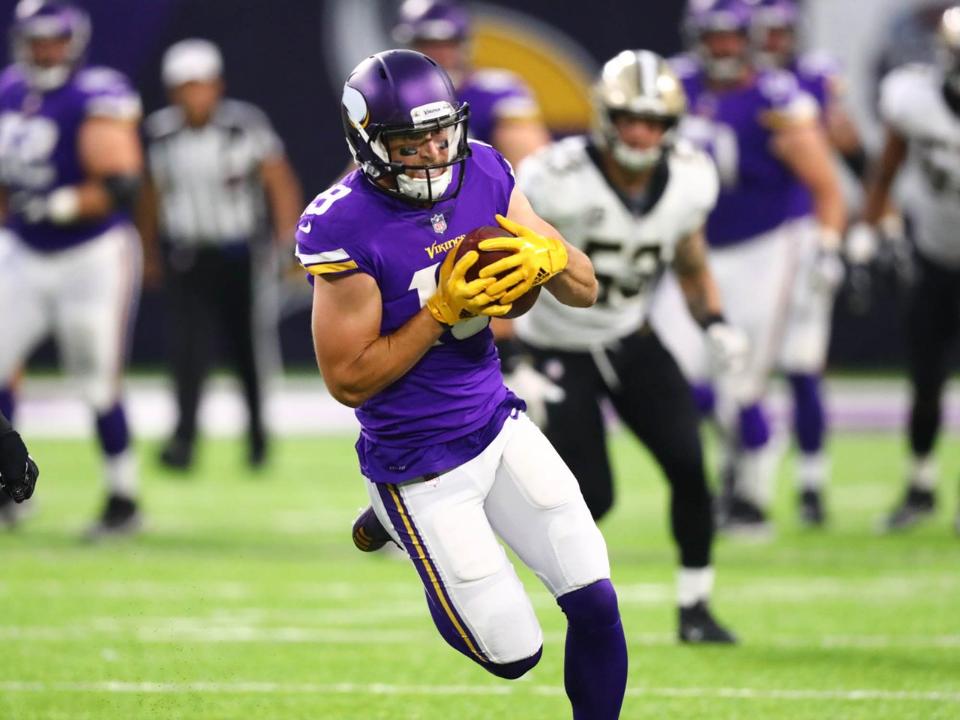 The pioneer from the 2014 RC workouts led the Vikings in receiving yards and receptions last season. Comparable to Brown in Los Angeles, Thielen racked up team highs in catches (nine) and yards (157) against the Saints.

“It’s something we’ve been waiting to do – just waiting for the opener so we could play football,” Thielen said. “The coaches did a great job of getting us in the right spots. Sam did a great job of checking – we knew they were going to give us a bunch of different coverages so we made sure that we counter-reacted to what they gave us.”

The Vikings have something special in the once NFL hopeful.

Week Two is going to be fun!