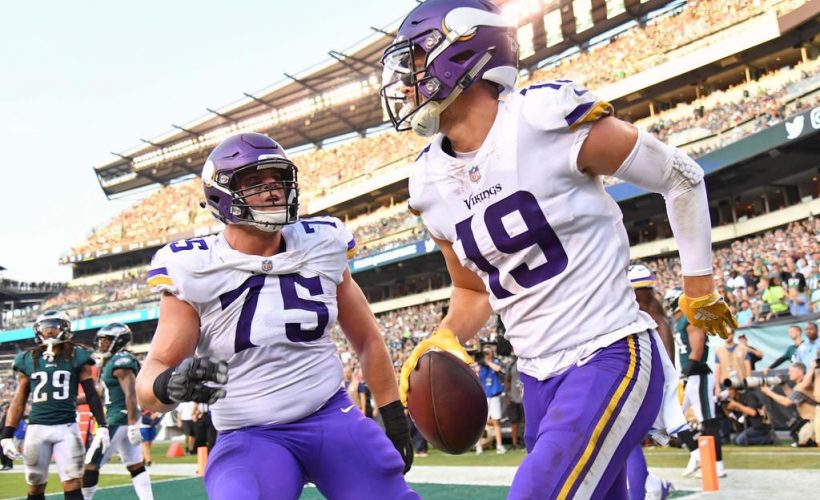 There are a couple things in life that are guarantees, taxes, everything fades away – and Adam Thielen will come through for the Minnesota Vikings. Week Five of the NFL was a record setting outing for the Pro Bowl receiver.

The rematch of last year’s NFC Championship was once again hosted by the Philadelphia Eagles as the Vikings came to the city of Brotherly Love. Only this time, the Vikings were in control of the contest and a NFL Regional Combine receiving legend help lead the way.

Despite being held, Thielen opened up the game for the Vikings when he caught a three-yard touchdown pass from quarterback Kirk Cousins with :27 seconds left in the first half.

Eagles cornerback Ronald Darby was hit by a double move from Thielen as he tried to get outside. Darby wrapped his arms around Thielen, but the receiver broke free and caught the pass at the deep post of the endzone over Darby and fellow NFL Regional Combine pioneer in linebacker Kamu Grugier-Hill. 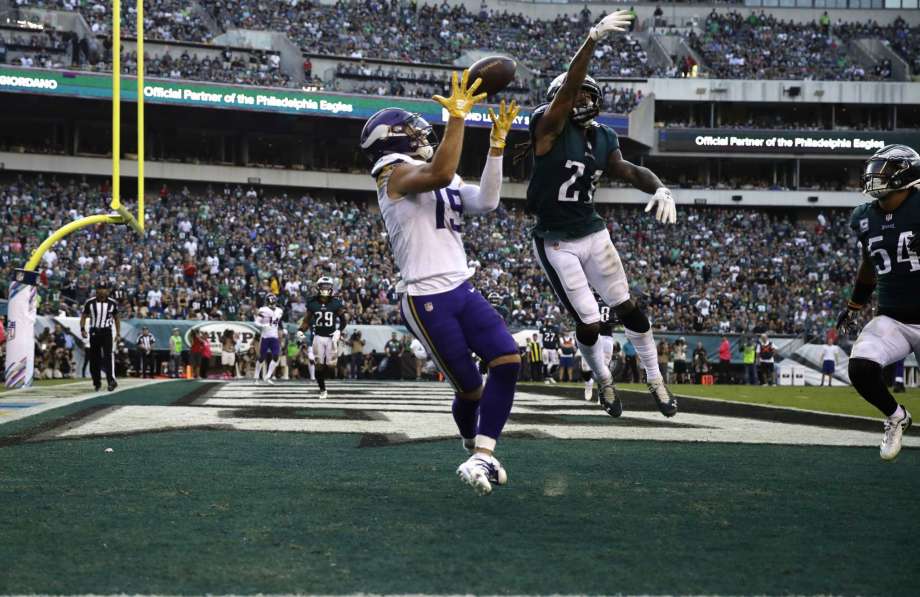 On the Vikes’ first possession to start the second half, Thielen scorched the Eagles for a 68-yard catch and run, nearly breaking free for a touchdown.

Cousins definitely recognizes and appreciates his top wide out.

“He’s a really nice guy, and he really fits the ‘Minnesota Nice’ thing, and he’s a great spokesperson for this state,” voiced Cousins, according to Vikings.com. “And yeah, he is a competitor, he loves to compete.

The Eagles attempted to make the game interesting late in the fourth quarter on an onside kick after making it a two-point game. Thielen lined up with special teams. When the ball bounced past the receiving team, the RC standout caught the rolling ball and fell on it to seal the victory.

Thielen finished the contest with seven receptions for 116 yards and a touchdown. Not only did Thielen help in the victory, he sealed his name in the NFL history books as the third player with at least 100 receiving yards in each of his team’s first five games to start a season. 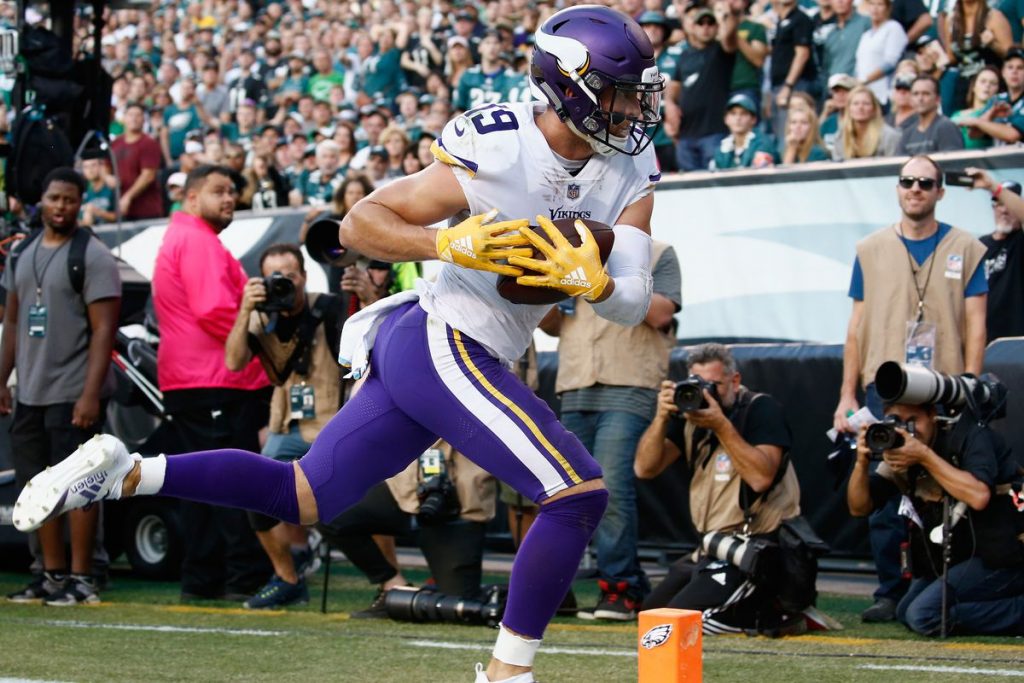 Charley Hennigan (Houston Oilers) exceeded the feat for seven games in 1961 and Bob Boyd (Los Angeles Rams) did it 1954.

However, Thielen is the first to accomplish this five game adventure during the Super Bowl era.

Still, Thielen was all about the win.

“Not really thinking about it,” said Thielen. “Just worried about our record and onto the next game now. I don’t even know who we play. So obviously just have to get this game out of our minds in the next 24 hours and then go back to work.”

Thielen also has the most receiving yards (589) in Vikings history through the start of five games of a season, surpassing his childhood idol and Hall of Fame wide receiver Randy Moss (515 yards in 2003). 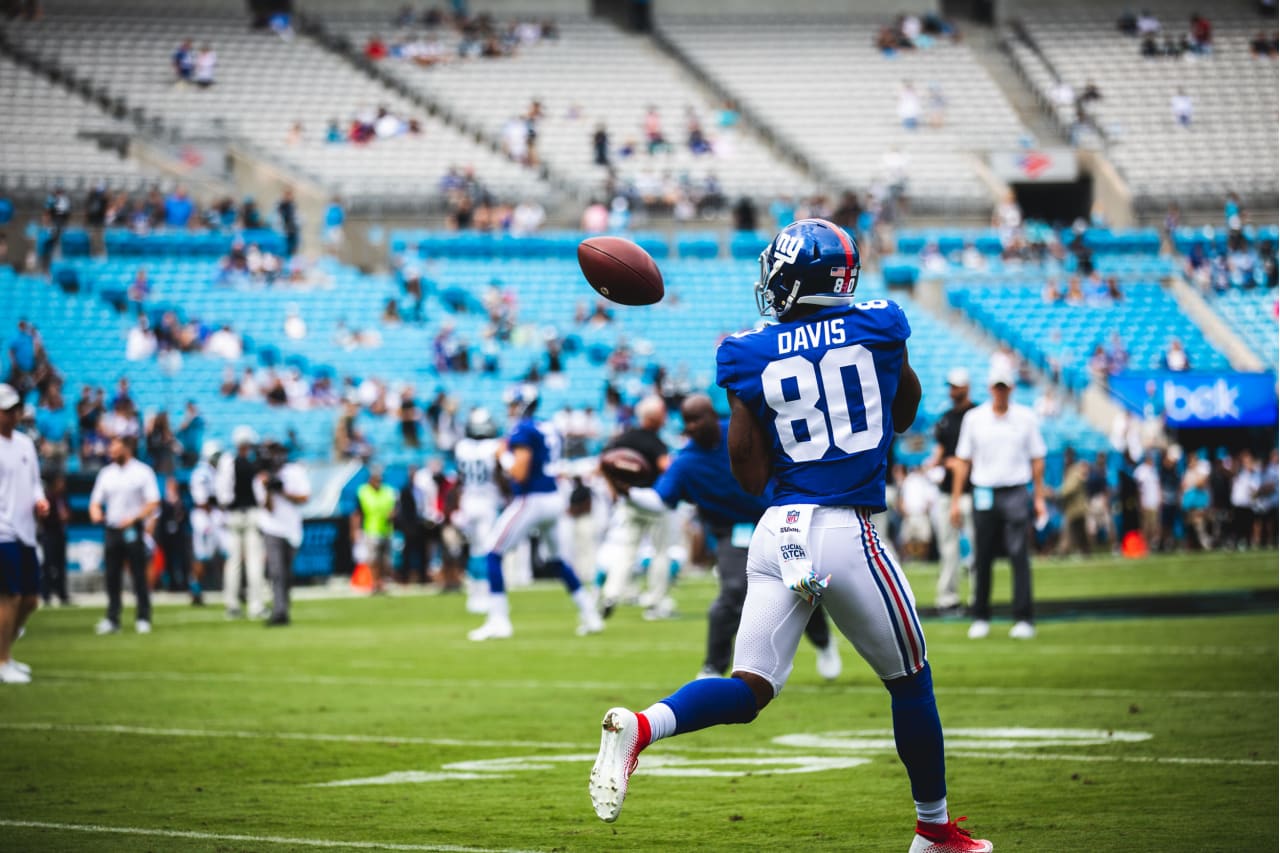 Davis came through the NFL Regional Combine Invitational in March and he has been with the Giants since they signed him in May as an undrafted free agent. The speedy playmaker can be a solid surprise in New York.

Davis was promoted to the active roster in Week Four, however, Davis caught his first NFL passes against the Carolina Panthers totaling 27 yards in Week Five. If used correctly, Davis can be every bit of a Tyreek Hill (Kansas City Chiefs) and Tarik Cohen (Chicago Bears).