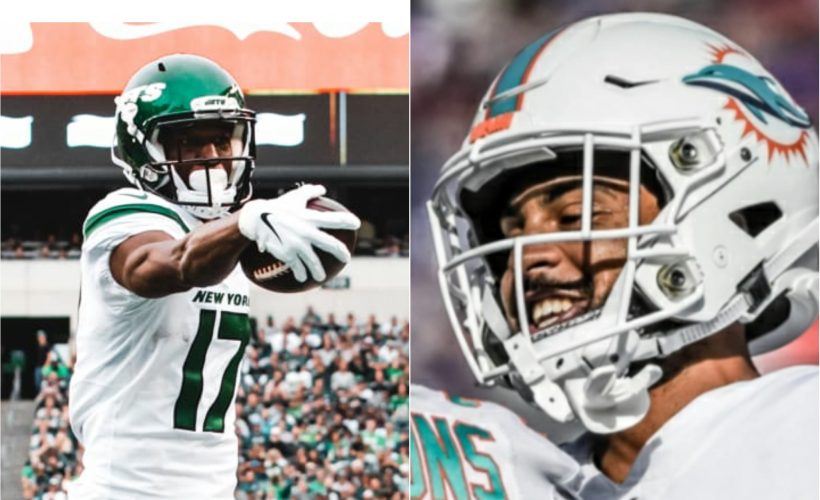 Week Nine of the NFL is here, and the stakes are getting higher. Fortunately, the NFL Regional Combine pioneers are a part of the adventure.

There are some intriguing matchups. Nothing that will garner major NFL highlights, however, for the platform, the square offs are a big deal.

Miami Dolphins rookie cornerback Nik Needham has played in three NFL games, earning two starts. The game is coming to him and his confidence has risen to another level. The soft spoke defensive from UTEP has six tackles and a pass defensed on the season.

Needham nearly had his first career sack in Week Eight against Pittsburgh Steelers quarterback Mason Rudolph when he came off a corner blitz midway through the third quarter.

New York Jets wide receiver Vyncint Smith is having a good season as he is implemented in the offense regularly this season. Last year, Smith was a rookie receiver for the Houston Texans and performed well each time his number was called.

In seven games with the Texans (one start), Smith recorded five catches for 91 yards, including a 35-yard touchdown which came against the Philadelphia Eagles in Week 16. The Jets acquired the Limestone College standout from the Texans’ practice squad in September, and made a quick impression.

On the season, Smith has three receptions for 15 yards and two rushes for 32 yards, including a 19-yard run against – the Eagles.

Despite the rough start, Smith is still optimistic about the Jets’ season.

“Every team’s going to be tested somehow, someway,” said Smith, according to newyorkjets.com. “I’ve been on teams where we’ve started 0-3 before and made the playoffs, and I think of this team the same way. We just have a lot of injuries, a lot of small things bothering us. But with the leadership on the team, I think we’ll win some games and really become a contender.”

Smith will take that optimism against the Dolphins, and most likely Needham will lineup against him. These two RC pioneers have bright futures. Clearly, this could be a prime match up down the road.

As a team, the Washington Redskins have struggled this campaign, but they still have a lot of fight in them. Cornerback Quinton Dunbar and rookie linebacker Cole Holcomb are examples of the fight in nation’s capital.

Dunbar is quickly becoming one of the league’s best cornerbacks, which is impressive for a converted wide receiver. Dunbar was voted on Pro Football Focus‘ 2019 Mid-Season NFL All-Pro team.

Dunbar has three interceptions, three passes defensed and surrendered only 204 yards in his coverage all season. PFF has graded Dunbar with a 91.3, which is the highest among all defensive backs. He also amassed 25 tackles on the season.

Holcomb is a workhorse, which was expected. Holcomb is third on the team in tackles with 55 and two forced fumbles. The rookie linebacker from North Carolina is nearly in on every play as a finisher with a high motor.

The Redskins will need Dunbar to continuously play at a high level and Holcomb’s motor to run when they hunt down the Bills in Buffalo. A win will be impressive on the yearly resume. For Dunbar and Holcomb, their performance can usher in high honors at season’s end.

The Combine Report: Which RC Pioneer Receiver Can Be The Next Adam Thielen? Previous post

The Combine Report: Week 9 Review - In The Nik Of Time For Dolphins, Smith Turned Up Jets For A Moment, Moore II Was Savage Next post