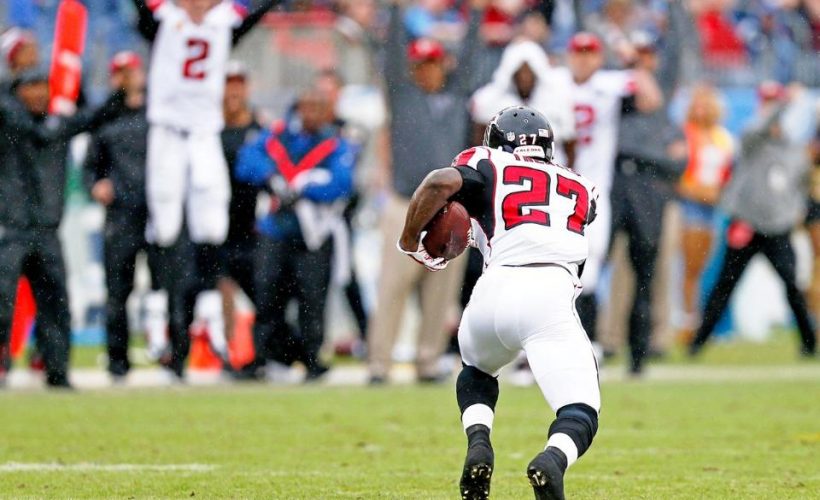 Veteran NFL Regional Combine leaders did what they could to propel their team to victory, but Atlanta Falcons rookie safety Roberson Therezie succeeded in his efforts in Week 7. And Tampa Bay Buccaneers rookie wide receiver Donteea Dye had history for himself and his collegiate program through the development platform.

After several turnovers and failed plays, the Tennessee Titans were in striking distance of possibly either winning the game in dramatic fashion or forcing overtime as they marched down the field to the Falcons’ 42 confronting a three-point deficit of 10-7.

Facing second-and-3rd with 1:39 registered in regulation, Titans quarterback Zach Mettenberger targeted wide receiver Kendall Wright in a crossing pattern. While reading the eyes of Mettenberger and recognizing the Titans’ execution, Therezie stayed at home, playing zone, and skied for the interception to seal the game.

Therezie’s interception was the first of his career and he team celebrated him on the Titans’ field.

The rookie safety from Auburn attended the Miami-held NFL Regional Combine in February, and despite not being invited to the NFL Super Regional Combine, the Falcons signed Therezie and history was made. 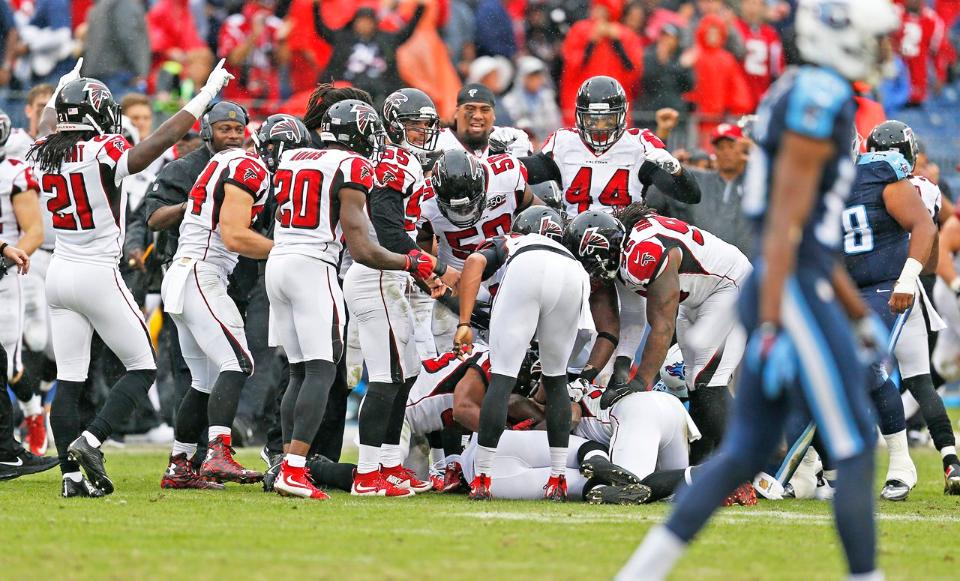 Therezie accomplished the achievement of making the team’s original 53-man active roster entering the 2015 campaign. He started two games for the Falcons in Weeks 4 and 6, due to the absences of safety Ricardo Allen.

While Therezie didn’t start against the Titans, but Falcons head coach Dan Quinn had the confidence in Therezie to be on the field for a critical defensive stand.

“I think the main thing is we want to let the players know how much we trust in them and believe in them and it’s our job to take them as far as they can possibly go,” said Quinn. “And we certainly had that respect and we think he (Therezie) has a terrific future ahead of him so it was a great play exactly when we needed it and we were excited for him.”

Allen returned for the Falcons Sunday to battle against the Titans, and it was fitting to witness that he was the first player to pile onto Therezie to congratulate him for his coming out party.

“It was big. It just shows the character of the player that I want to be and being a pro,” said Therezie, humbly. “It just shows that to the coaches. They do trust me now to be loose in situations. I feel good.

“We just stuck to our fundamentals. We had a zone pressure on and I was reading the quarterback,” he added. “I was just in my zone and he threw it right there. We had a little pressure on him and he had to get it out quick. I was just disciplined.”

Speaking of a coming out party, Dye may have had his shindig against the Washington Redskins Sunday. 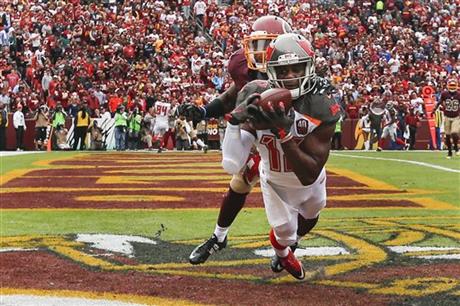 Facing third-and-1 with 11:41 left in the second quarter from the Redskins’ 7, Dye lined up in the slot positioned on the left. The 6-0, 195-pound receiver ran a crossing route to the outside and beat Redskins safety Kyshoen Jarrett up top for the touchdown.

Dye was promoted to the active roster for Week 5 against the Jacksonville Jaguars and he wasn’t targeted. Against the Redskins, Dye was spotted one time and he made it count.

Dye attended the Chicago-held RC and received an invite to the SRC in March.

Currently, Dye is the only player from Heidelberg University in the NFL. In the institution’s history, only 11 other players made it to the NFL, and their careers spanned an average of 3.4 seasons.

The last player from the Division III program to play in the league was wide receiver Michael Preston in 2013 (Titans). Preceding Preston, it was running back David Nelson, who played for the Minnesota Vikings in 1984 for two games.

Finally, there was a Adam Thielen sighting in Week 7. The standout wide receiver from the 2013 NFL Regional Combine workout made his presence felt last season for the Minnesota Vikings as he scored twice.

Against the Detroit Lions, Thielen nearly crossed the goal line for the first time this season when he caught a pass deep down the right side of the field to the Lions’ 2 for a 30-yard pick up. Lions safety Glover Quin hit Thielen out of bounds prior to his attempt to dive for the endzone. 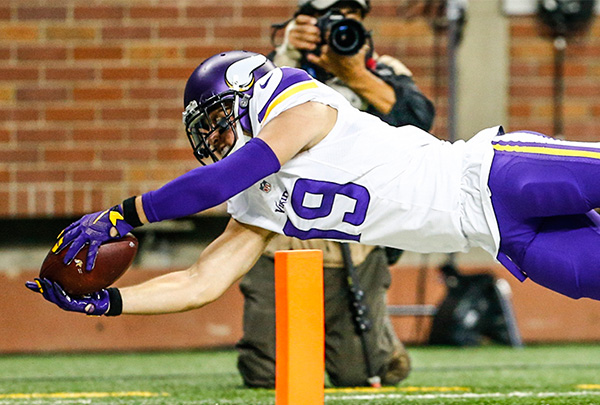 Thielen’s courageous effort placed the Vikings in scoring range, which ultimately led to a field goal to seal the game.

Clearly, the 2015 NFL season is shaping to become an exciting declaration. In addition, the athletes from the RC are no longer just spectators warming up the sideline as they are displaying their playmaking abilities – with their best yet to come.

The Combine Report: Game Changers Emerging at Midseason Next post