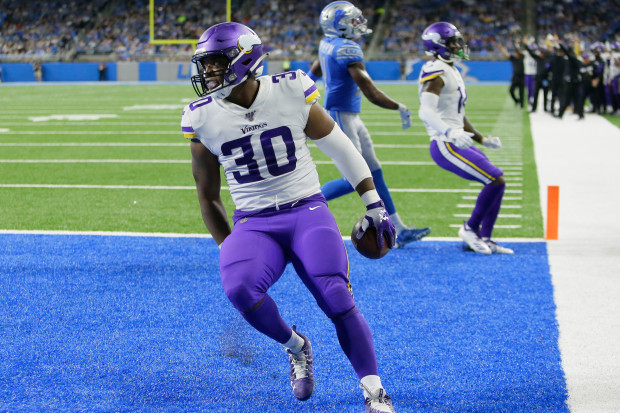 The Combine Report: Week 7 Review – To The House!

Several players make it look easy, although scoring touchdowns in the NFL is one of the hardest achievements to accomplish–that’s why Week Seven of the NFL was special for a couple NFL Regional Combine pioneers.

After venturing through the RC platform in 2016, fullback C.J. Ham was about to find a NFL home with the Minnesota Vikings. It took him a year to cross the goal line on the ground in 2017.

Two years later, Ham was finally able to get into the endzone again. This time, by air against the Detroit Lions.

On second-and-goal from the Lions’ 5-yard line, the Vikings had 9:08 left on the clock in the third quarter. Quarterback Kirk Cousins took the snap and went on a play-action fake to running back Darvin Cook. Cousins rolled to his left and threw a short pass in the flat to Ham who sprinted into the endzone.

Ham has great hands for a full back and made many plays for the Vikings. He gets tough yards and is a superb blocker. If the Vikings can continue to win and go deep into the playoffs, the league will find out what the Vikes have known for the past couple of seasons, that Ham is one of the best versatile fullbacks in the NFL.

Vikings All-Pro wide receiver Adam Thielen normally visits the endzone. He did it again on a 25-yard pass in the first quarter with 5:23 remaining to tie the game at 7-7.

Thielen slightly injured his hamstring and left the game. The RC pioneer’s injury is not serious, but he may be out for Week Eight. If so, Ham may have his number called again.

And Ham will look to go ham again.

In that same contest, Lions wide receiver Marvin Hall caught a huge pass for 47-yards, which was his only catch of the day.

Despite the Jacksonville Jaguars’ minor success and staying alive for a divisional run, this has been a different change of pace for wide receiver Keelen Cole this season.

Still, Cole continues to play hard and look to help the Jags to win on every opportunity he has. And on his third target of the season, the RC pioneer found himself in the end zone against the Cincinnati Bengals.

On third-and-goal from the Bengals’ 2-yard line with 12:45 left in the fourth quarter, Jaguars quarterback Gardner Minshew II received the ball from shotgun formation. Cole was lined up on the right on the inside. Cole beat the slot defender off the ball and ran the perfect corner route to the post behind Bengals cornerback Tony McRae.

After 20 snaps in Week Seven, hopefully Cole is afforded more in the weeks to come.

Just like scoring touchdowns, sacking a quarterback does not come easy. This is why Chicago Bears defensive tackle Abdullah Anderson‘s first NFL career sack is a special.

With 11:07 on the clock in the third quarter, the New Orleans Saints faced second-and-7 from the Bears’ 26-yard line. Saints quarterback Terry Bridgewater received the ball from shotgun formation.

Anderson stood Saints tackle Andrus Peat one-on-one, shed him off and ran a stunt around teammate Khalil Mack to the right side to speed blast towards Bridgewater.

If Bridgewater did not duck down and out, Anderson would have destroyed the signal caller. However, Anderson still smothered Bridgewater for the sack and an eight yard loss.

Anderson went on to bring down Saints running back Latavis Murray later in the quarter.

After waiting patiently on the practice squad during his rookie season last year, and being impressive during his opportunities this campaign, the RC pioneer will be visiting quarterbacks for many years to come.

LockerTalk Podcast: Who Will Be The Next Big Thing From The RC Platform? Next post