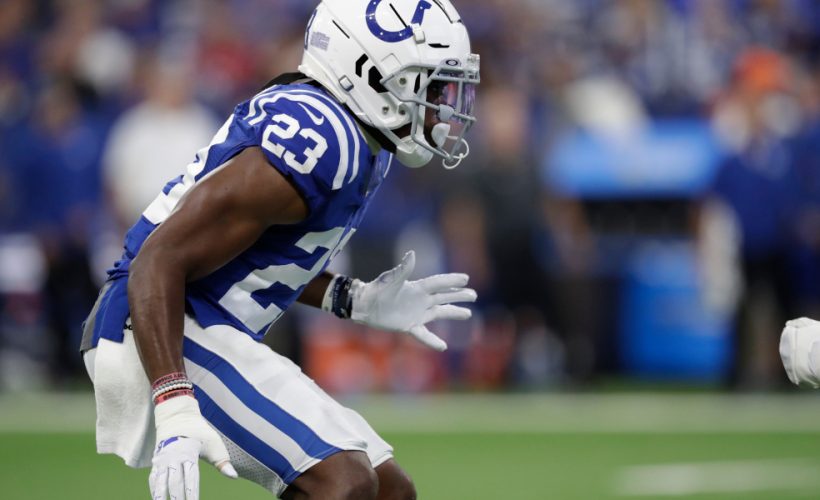 As the 2019 NFL season moves closer to its mid-season point, the games are heating up. With opportunities of growth in the league, the NFL Regional Combine talents are finding more roles to raise their value.

Indianapolis Colts cornerback Kenny Moore II is one of the best defensive backs in the NFL, and if any team in the league recognizes that, it is the Houston Texans.

Against the Texans, Moore normally fills the stats sheet. In the last four contests Moore matched up against the Texans, registering 20 tackles, including three stops for losses, a sack and two hits on the quarterback, a pass defensed and two interceptions.

During that streak, the Colts won three out of those four.

Clearly, Moore II and the Colts are familiar with the current division leading Texans. For the right to win the AFC South, Moore will need to continue in his excellence against quarterback DeShaun Watson and the Texans.

Wide receiver Trevor Davis was drafted by the Green Bay Packers in 2016, in the fifth round. The Packers had high expectations for the speedy receiver, but for some reason, or another, the assurance never materialize.

Following the first two games of the season, the Packers decided to stick with rookie wide receiver Darrius Shepherd and traded Davis to the Oakland Raiders last month. Unfortunately, Davis truly was never implemented into the Packers’ offensive unit.

Other than being on IR last season, Davis only played over 50 percent of the snaps for the Packers twice in his three seasons with the club’s offensive unit and no starts. Plus, he was targeted only 14 times and caught eight of those passes.

Davis primarily was a return specialist for the Packers, but if a talent is not used, how can he be productive to live up to anyone’s expectations?

Apparently, the Raiders recognize Davis’ value, and everything is clicking.

“This kid (Davis) has a lot of qualities that we look for,” said Raiders coach Jon Gruden in a conference call Wednesday. “It’s hard to coach speed and guys that can return punts and kicks and make stuff happen after the catch. We’re looking at this kid like he’s got a real good future.”

Since being a Raider, Davis have been on fire. In his first touch in the Black and Silver, he scored with a 60-yard run. Davis caught all of his targets thus far and is fully active in the Raiders’ offensive unit.

Davis also broke out for a 52-yard kickoff return in the Week Five against the Chicago Bears.

The NFL Regional Combine pioneer returns to Lambeau Field to face the Pack in Week Seven. Davis caught only one touchdown as a member of the Packers, which came in his rookie season when they faced the Falcons in Atlanta.

Davis never caught a touchdown in Lambeau Field. He will definitely get his chance as he is involved in 66.5 percent of Oakland’s offensive makeup. Davis was a fan favorite in Green Bay. If he gets into the endzone, there may be some mixed feelings in the stands.

Without question, the Raiders are happy with Davis, and his productivity. The Packers are happy for Davis – from a distance

“We’ve got a lot of respect for Trevor,” said Packers head Matt LaFleur. “I think he’s a great football player. He’s proven that. He’s done some really good things. He shows up on tape in Oakland.

“He (Davis) had a huge kick return against the Bears, has had a couple of explosive plays as a receiver, as well. So, I’m happy for him that he’s doing well.”

Fellow teammate and RC pioneer defensive end Benson Mayowa had at least a sack in four of his past five games for the Raiders. Sunday, he looks to continue his streak.