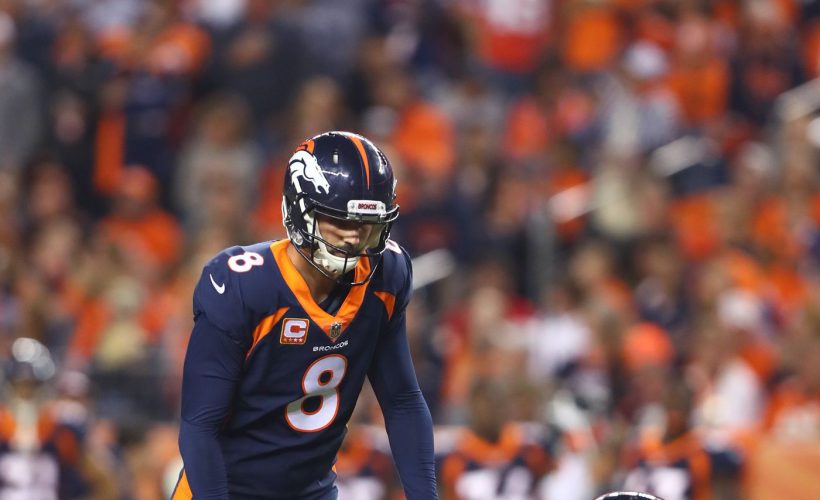 Week Six of the NFL had a roller coaster of emotions, for the good. Several talents from the NFL Regional Combine platform pushed forward and did all they could do for positive outcomes.

This is not a secret, Denver Broncos kicker Brandon McManus is one of the best kicking specialist in the NFL. And against the Tennessee Titans, his skill set was evident.

In a contested matchup, points came at a premium and the Broncos needed each opportunity to score.

McManus had made a chip shot, by his standards, of 31-yards in the first quarter. However, the Super Bowl winning kicker had to come through for a 53-yard field attempt midway through the first half. After missing seven consecutive 50-plus yard field goals, when there was a time it was nearly automatic for him from that distance, confidence is restored.

The Broncos were able to manufacture a touchdown in the third quarter, and to truly seal the game, McManus nailed a 48-yarder with 4:57 left in regulation.

The RC pioneer McManus is seventh in the NFL with 12 field goals this season, including five from 40 yards and beyond.

Earning that first win is tough. No matter how hard a team performs, winning in the NFL is not easy, and the Washington Redskins know that first hand. They can finally breathE as they accomplished that feat against the Miami Dolphins – with a huge help from cornerback Quinton Dunbar and rookie linebacker Cole Holcomb.

Dunbar continues to be a factor for the Redskins secondary. He is fifth in the NFL in interceptions with three, despite missing two games due to injury.

With 7:52 left in the first half, Dolphins quarterback Josh Rosen received the ball from shotgun on second-and-10 from the Redskins’ 36-yard line. Rosen threw a short pass intended for rookie wide receiver Preston Williams, but Dunbar jumped the route and picked the ball for the interception.

Dunbar’s anticipation helps to set him a part from many defensive backs in the NFL, and his passion and leadership should be recognized league wide, soon.

“He (Dunbar) was tremendous in so many areas. A guy that can come up and make two plays behind the line of scrimmage for loss,” stated Redskins interim head coach Bill Callahan. “He was relentless versus their screens – he came up, he supported, he filled the alley, really impressive – and the play he made on the slant on the pick, really great anticipation, awareness, instinct, intuitiveness.

“He showed all those traits, but by and large he made plays not only in the backend against the passing game, but in the running game, in the screen game, the things that he prevented, the big play opportunities that he shut down early before they got going – that was really impressive. Very impressive play by ‘Q’.”

In addition, Dunbar finished with six tackles, along with rookie linebacker Cole Holcomb.

Holcomb continues with his solid play as he also registered six tackles in the win. Holcomb is second on the team in tackles with 44.

On the defensive side of the ball for the Dolphins, rookie cornerback Nik Needham made his NFL debut as he was promoted from off the practice squad. The highly impressionable corner started in place of Xavien Howard.

On the first play to open the second quarter, the Redskins faced a second-and-5 from their 12-yard line. Needham was lined up on the right side of the field on the inside. Future Hall of Fame running back Adrian Peterson took the hand off and bounced to the outside towards his right.

Needham ran from one side of the field to bring down Peterson from behind. Needham also had a pass defensed. For his first NFL action, the RC pioneer said “that was the most fun” he “ever had in a game.”

It is time for Needham to prepare to have fun for many, many games to come.

The Combine Report: The Grind Does Not Stop, 33 RC Standouts In XFL Draft Pool Previous post