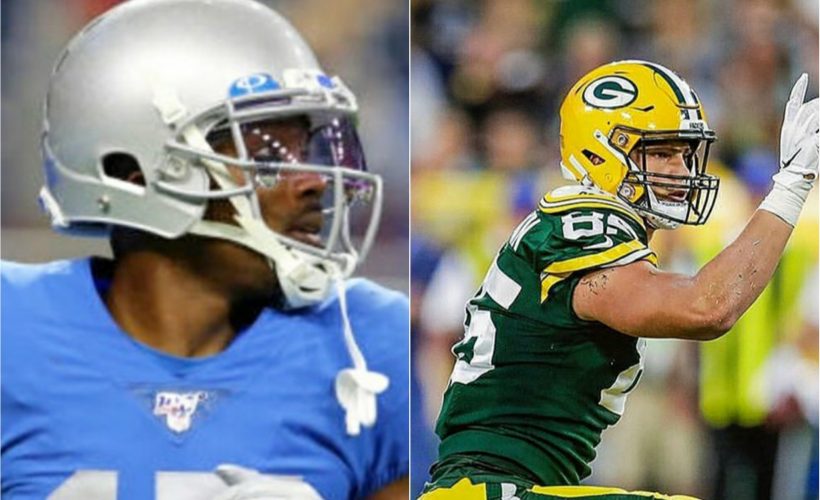 Over the past two weeks, a couple pass catchers from NFL Regional Combine platform came through for their teams at a short period of time as scorers.

When wide receiver Trevor Davis was waived by the Green Bay Packers, the Oakland Raiders signed him quickly, and in his first appearance for the Black and Silver, he scored on a 60-yard run in Week Four.

In Week Five, wide receiver Vyncint Smith came through for the New York Jets on a 19-yard touchdown run against the Philadelphia Eagles. Smith was signed off the Houston Texans’ practice squad last September.

Wide receiver Marvin Hall signed with the Detroit Lions at the start of the regular season, after he was released by the Chicago Bears. In Green Bay, tight end Robert Tonyan is not a newcomer with the Packers, however, he has limited opportunities to truly showcase his skill set – it is clearly evident, however, that he can be a major contributor.

All these players have shown that they can be quality NFL players like fellow NFL Regional Combine legend Adam Thielen, who is a two-time All-Pro wide receiver for the Minnesota Vikings. But Hall and Tonyan are long over due to shine.

Hall has been in the NFL for three seasons, primarily with the Atlanta Falcons. For his career, Hall has been targeted 31 times and caught 14 passes for 256 yards, including two touchdowns.

For Tonyan in two seasons, he was targeted 12 times and caught eight of these passes for 143 yards, including one for a touchdown. Against the Dallas Cowboys in Week Five, Tonyan caught a huge pass late in the first quarter when quarterback Aaron Rodgers threw the ball high towards the sideline and he hauled in the pass on an acrobatic move before going out of bounds.

“He’s (Tonyan) just so versatile,” said Rodgers, according to packerswire.usatoday.com. “I think he’s doing a better job at the point of attack blocking. We’re not asking the off-the-ball tight end to do a ton of point-of-attack stuff. It’s a lot of the movement stuff, and he’s great at that.

“He can come down the backside and cut a guy off or cut a guy in a game situation,” he continued. “He’s also a very good route runner, he’s got fantastic hands. I moved to my left about five days ago and threw a ball and he one-hand tipped it to himself for an easy catch. He does that stuff all the time. He’s a very natural receiver.

“And the blocking, I think, has been where I’ve seen some improvement with Bobby.”

Their talent is not questioned. The question is, however, when will these two RC standouts breakout?

Week Six will be the time, and Tonyan will strike a pose.