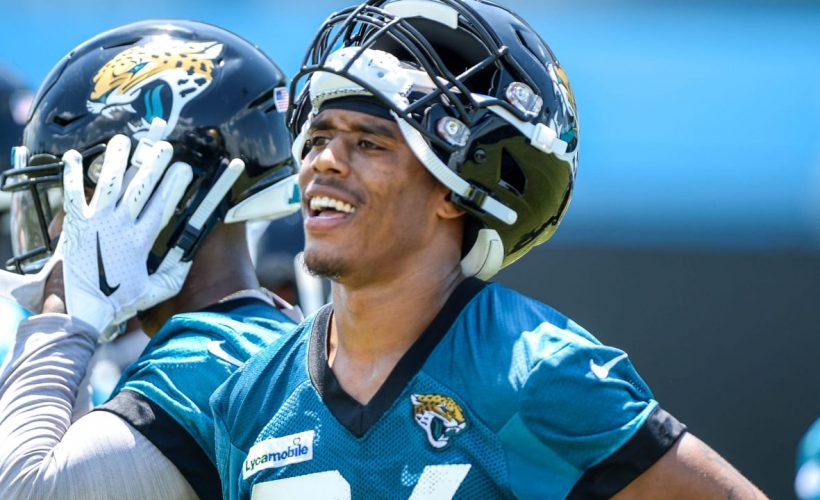 The 2019 NFL season is still in its infant stage of the campaign. With Week Three approaching, some of the NFL Regional Combine pioneers are making progress toward a successful outing.

After two weeks, Jacksonville Jaguars wide receiver Keelan Cole and Los Angeles Rams pass catcher Mike Thomas have not recorded a reception. What is worse, they have not been targeted – once.

The Jaguars are struggling with the passing game. They are 20th in the league in points scored (19) and 17th in passing yards (262.5 per game). Cole led the Jaguars in receiving yards during his rookie season (2017). After showcasing tons of promise, Cole had a sophomore slump last season.

This year is expected to be a better year for Cole after being acclimated in the NFL for two seasons. However, if he does not get targeted right away, the Jaguars may miss out on some big plays down the field.

Against the Tennessee Titans, Cole has experienced success. For his career, Cole roughly averaged three catches for 35 yards (compiling 10.2 yards per reception) per game.

The Jaguars’ matchup against the Titans should be a good game for Cole to heat up, and for the Jags to post their first victory of the season.

This very well can be a make or break season for Thomas. After a suspension and several injuries, Thomas is looking to show he is worthy of being a part of a loaded receiving core.

Thomas had a solid preseason, which afforded him the opportunity of making the active roster. It is Week Three and the 2016 NFL Regional Combine standout has not been on Jared Goff’s radar. No targets as yet. Against the Cleveland Browns, the opportunity will be there for RC pioneer.

HOLCOMB IS PRIME FOR PRIMETIME

When rookie linebacker Cole Holcomb was completing his RC trial, it was evident that he would be a solid NFL prospect. When he was selected in the fifth round (173rd-overall) of the 2019 NFL Draft, it was clear that Holcomb was going to be something special.

And the Washington Redskins are benefiting from Holcomb’s early stardom.

“I was impressed with the rookies and they’re going to get better and better,” said Redskins head coach Jay Gruden. “But Cole, to step in the game to play linebacker with all the things you have to do in the run game, pass game, the drops, the communication. He’s an impressive guy. He can run, he can hit, he’s smart, he’s going to be a really good one I think when it’s all said and done.”

Holcomb has delivered as the middle linebacker for the Redskins’ defensive unit with 14 tackles in the two previous games.

By using his speed and instincts, Cole is nearly in on any play and often in solid position to blow plays up. The former Tar Heel and NFL Regional Combine pioneer leads the Redskins with three tackles for loss.

Against the Chicago Bears, Holcomb will face his college teammate, quarterback Mitch Trubisky. The Redskins will need Holcomb to continue in his prime in prime time on Monday night in hopes of posting the team’s first win of the season.

LockerTalk Podcast: O.U.T. Listers' Defensive Backs To Watch For In 2020 Next post