Week 3 of the NFL was fabricated with surprising performances of disappointment. Several solid teams laid eggs. Moreover, some of the teams that were expected to fold stood up. For the NFL Regional Combine pioneers, many of the conventional talents, who normally deliver, had to share the spotlight.

Clearly, the Washington Redskins needed a win. The Dallas Cowboys and Philadelphia Eagles are rolling. In their matchup against the rivaled New York Giants, who are solid as well, the Redskins desperately to get a grip on their season.

Down 24-23 on fourth down with 3:17 left in the third quarter, the Redskins decided to cease the moment. In punt formation, the Redskins fake the execution and punter Tress Way threw a 31-yard completion to defensive back Quinton Dunbar. 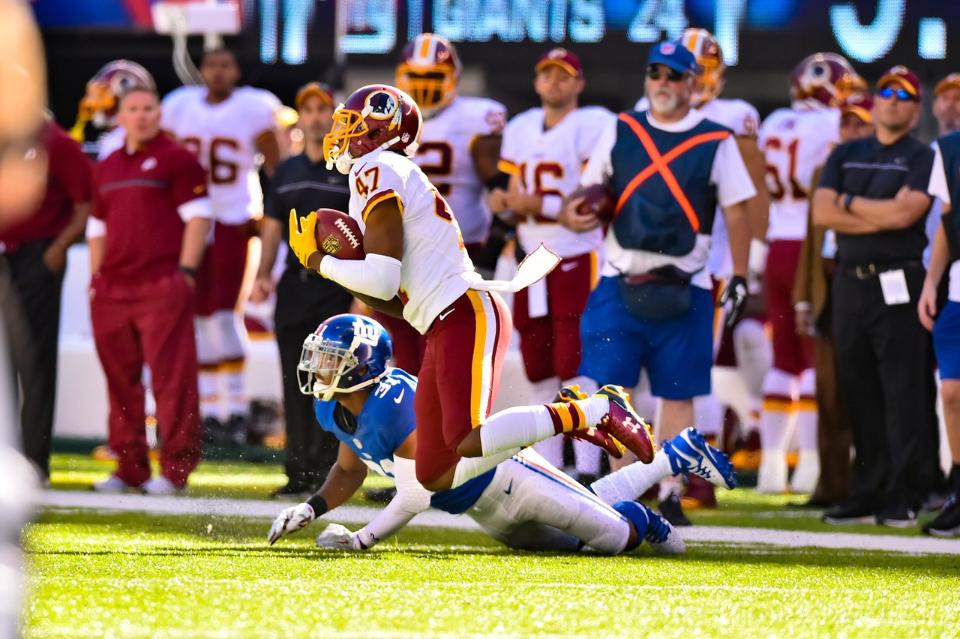 Dunbar ventured through the RC in 2015 as a wide receiver. Florida Gator standout converted to the defensive back position last season to fit the Redskins’ roster. Dunbar’s huge special teams play with Way put the Redskins in field goal position to take a two-point lead.

Redskins head coach Jay Gruden had some fun with Dunbar’s position change. However, he was pleased with the tandems’ execution.

“Well, I think the risk was if you don’t get it they’ve got the ball at midfield, first and 10. The reward I thought outweighed the risk in that position,” said Gruden. “I thought with (Quinton) Dunbar running it, he’s got good hands. Although, we moved him to corner for a reason because he didn’t have great hands (laughter). But we did it in practice and Tress Way has a great arm – very accurate.

“Coaching staff on the special teams side of it saw that it was a possibility,” he added. “We practiced it. He caught it every time but the first day in the walkthrough. So, I was excited actually to get in that position where it was a pooch area where we could throw it and Tress made a great throw. We knew he wouldn’t get doubled out there so we called it. I was ready for it, they executed it. It’s a good thing.”

But Dunbar was not finished.

With 13:42 remaining in the game, the Giants were on the Skins’ 15-yard line facing first and 10. Giants quarterback Eli Manning drop back and threw over the middle towards the endzone to tight end Will Tye. Dunbar undercut Tye and extended his left hand for a one-handed interception.

Later, Dunbar’s heroic proved to be the game-saving play. Dunbar finished the contest with three tackles and his second career NFL interception, both against the Giants.

Finally, a player from the 2016 NFL Regional Combine workouts got some serious playing time. Albeit, three weeks of football has passed, yet, it felt like an eternity for the 2016 standouts to get on the map – thanks to San Diego Chargers rookie linebacker Jatavis Brown.

Brown came into Week 3 with nine tackles on the season. When veteran linebacker Manti Te’o went down due to an Achilles’ injury, Brown was implemented into the defensive unit and he made an immediate impact.

With :56 left on the clock before the first half ended, Brown shot through the gap, bounced off Colts tackle Anthony Castonzo to get penetration up the middle and leveled quarterback Andrew Luck, causing him to fumble.

Chargers defensive tackle Caraun Reid scooped up the loose ball and returned it for a 61-yard touchdown.

The Chargers in the fifth round of the 2016 NFL Draft, Brown was selected 175th overall. Brown is destined to be a player in the league as one of Akron University’s finest, and the NFL Regional Combine stage.

Wide receiver Seth Roberts continues to be a part of the Oakland Raiders’ destiny of positioning themselves for a divisional title with impressive wins in this budding season.

Big play Roberts hauled in another touchdown this season, which became the deciding factor in their win over the Tennessee Titans.

In the second quarter with :33 seconds remaining in the first half, Roberts was lined up against man-to-man coverage and ran a straight flat route slant. Raiders quarterback Derek Carr connected with Roberts across the middle, beating cornerback Brice McCain to the outside. 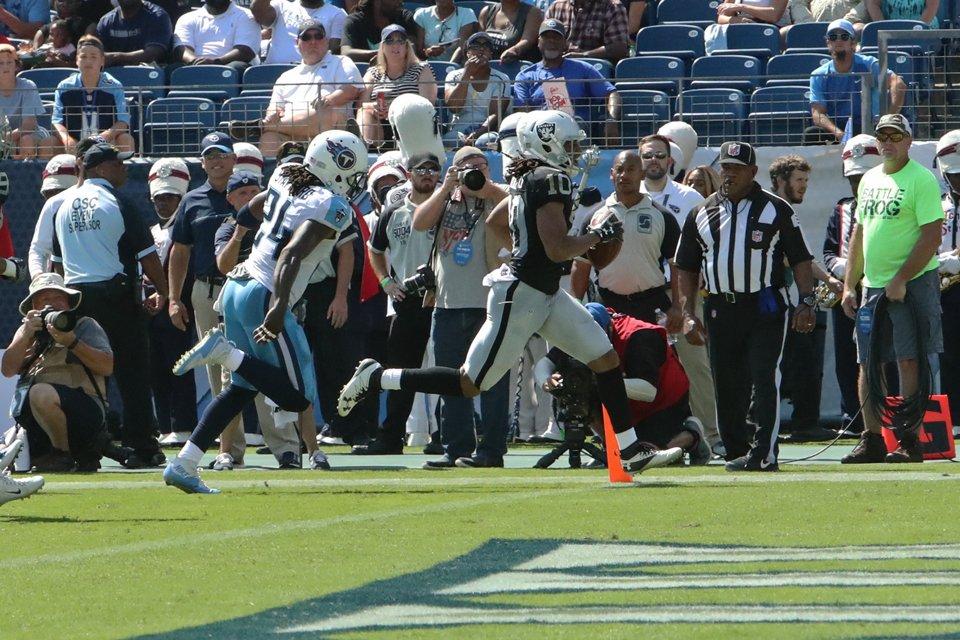 With no safety help over the top, Roberts sprinted up the sideline for an easy 16-yard touchdown.

Wide receiver Adam Thielen could have had an easier touchdown than Roberts, but Minnesota Vikings quarterback Sam Bradford did not see him.

Early in the third quarter with 13:24 left, the Vikings were faced with third-and-6 from the Carolina Panthers’ 10-yard line. Bradford rolled to his right and eventually threw the ball away – with Thielen jumping and waving his hands in the air to get Bradford’s attention in the middle of the endzone completely wide open.

Thielen finished the game with three catches for 29 yards.

-Chargers tight end Sean McGrath had a reception for 13 yards.

-Los Angeles Rams defensive back Cody Davis had a tackle.

The first quarter of the 2016 NFL season is drawing near. Still, plenty of time for RC players to excel.

The Combine Report: Week 4 – Thielen, Roberts, Brown Carrying The Torch Of Excellence For The RC Next post