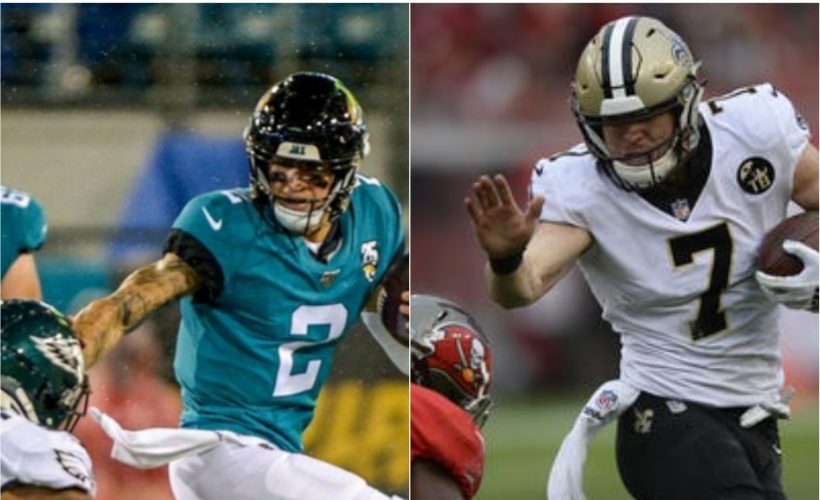 Holcomb Get Opportunity To Bring Down Cowboys

Week One of the NFL was tremendous with exciting plays and performances, especially from the NFL Regional Combine pioneers. In Week Two, things should stay the same.

Better yet, it will be better.

The NFL always has been a copy cat league. If a system works for one team, others tried to implement it. If a certain type of play performs well with one squad, several others tried to duplicate it. Having a player performing on a high level from a different position is special.

Quarterback Taysom Hill has been dynamic for the New Orleans Saints since he entered the league in 2017. Knowing that he would not have his hands under center on a constant basis due to future Hall of Fame quarterback Drew Brees, who continues to succeed at a high level, Hill has been multi-dimensional as a receiver and an occasional ball carrier.

Because of Hill’s success as a slashing quarterback for the Saints, will the Houston Texans use quarterback Alex McGough at the same capacity?

After going through the NFL Regional Combine process in 2018, McGough was selected in the seventh-round (22nd-overall) by the Seattle Seahawks in the 2018 NFL Draft. He made their practice squad, and the Jacksonville Jaguars signed him off the ‘Hawks’ practice squad at the end of last season.

During the preseason for the Jaguars, McGough exhibited solid abilities as a thrower of the ball. However, McGough demonstrated great wheels as a scrambling playmaker.

“I’m not the most traditional quarterback, and I’m going to sit back there in the pocket and just kinda look around,” voiced McGough Wednesday to the media. “I’ll go and make my own plays and create for others by using my legs and athleticism.”

When the Jaguars released McGough (which they should not have), the Texans signed him to their practice squad and they promoted him to the active roster Tuesday. Normally when a player practices on a Wednesday, chances are they will be suited up to play Sunday.

Similar to Hill’s situation in New Orleans, McGough will not get his hands under center due to star quarterback Deshaun Watson. But he is skilled enough to get his hands on the ball.

McGough is athletic, has great vision, understand defenses, tough and physical, yet, smart enough not to take big hits.

Sunday, McGough will face the team that just released him a couple weeks ago – the Jaguars. McGough is an excellent talent. He may get some play on special teams. Still, he can be exciting on the field like Hill.

Hill was not the first quarterback used for other skill positions as the Kordell Stewart’s and Antwaan Randle El’s exceled before him. Maybe McGough will be the next.

THIELEN PACK ON THE PACKERS

There’s the tale of the tape.

Thielen has at least eight receptions in four out of the last five contests against the Packers 8+ catches in 4 of his past 5 vs. GB. In the last two games alone, Thielen tortured the Packers’ secondary with 20 catches for 256 receiving yards (128 per outing) and two touchdowns.

This time, the Packers defense is better, primarily in their secondary with young, exciting physical defensive backs. Thielen will be ready for them, but will the new look Packers be ready for the RC pioneer as he is focus on repeating the same output against his rival?

We will find out.