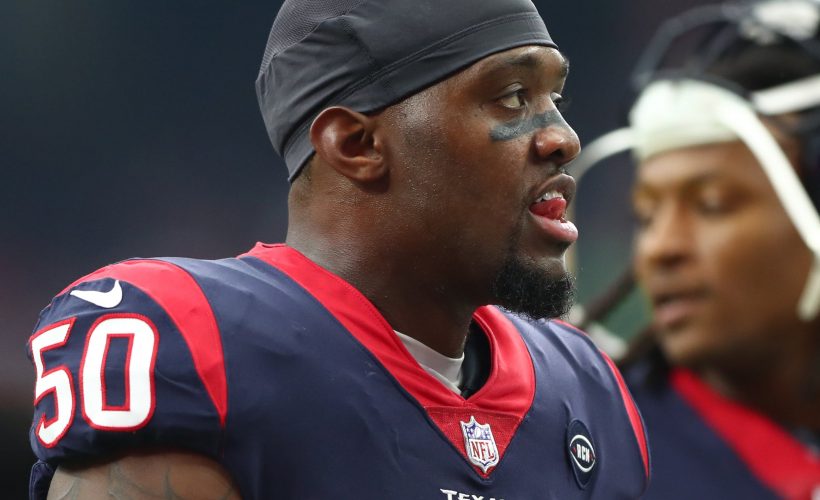 The Combine Report: Week 17 Review – It’s All About The Finish

Texans Linebacker Tyrell Adams Getting Hot At The Right Time

It is famously noted that it’s not about how one starts, but how one finishes. Several of the NFL Regional Combine pioneers either started slow or did not have an opportunity at all to showcase anything at the beginning.

Week 17 of the NFL may mark the end of the regular season, but not the RC standouts’ desire to be excellence in all they do for their squads.

Among the late-bloomers of the 2019 season is a familiar name in the NFL Regional Combine community, Jacksonville Jaguars wide receiver Keelan Cole.

Entering this campaign, Cole was one of the most targeted receivers with the Jaguars, leading the team in receiving yards in his rookie season (2017).

Despite the lack of targets, and respect, Cole started to receive a little more attention and finish strong as he played with pride and passion. Against the Indianapolis Colts, Cole wrapped up his season with three receptions for 67 yards and a score.

With 5:49 left in the first half, the Jags faced first-and-10 from the Colts’ 14-yard line. Jaguars rookie quarterback Gardner Minshew took the ball from center and ran a play-action fake towards his right. Minshew kept moving and found Cole in the middle of the field near the goal line. Minshew zipped the pass between coverage and Cole hauled the ball in before he was hit in the endzone.

Miami Dolphins rookie cornerback Nik Needham started his campaign on the practice squad. After Week Five, Needham not only was promoted to the active roster, he claimed a starting role and never looked back.

Needham’s performance has gotten stronger each week. Against the greatest quarterback of all time in Tom Brady and the New England Patriots, his play was solid enough to pull off a victory and completely changed the dynamics of the AFC playoff picture.

Needham walked away with five tackles.

Green Bay Packers tight end Robert Tonyan has missed sometime due to injury, however, whenever his number was called, he delivers no matter how large or small.

Tonyan finished have two catches for nine yards to help secure the second seed for the NFC playoff picture.

The player with the biggest boost in productivity from the RC platform is Houston Texans linebacker Tyrell Adams. Adams ventured through the RC process in 2015 and had a couple stops along the way.

Adams was promoted to the active roster after Week Three, but started to see action in Week 13. Clearly, Week 16 was Adams’ coming out party when he called out the defensive plays and posted five stops, including a forced fumble.

“It was good, man,” said Adams. “I just embraced the opportunity. I appreciate the trust from the guys around me and just showed up. It’s a testament to how I’m coached and the guys I’m around.”

In the regular season finale, the West Georgia product went off on the Tennessee Titans with eight tackles.

“The guy’s just, he’s really one of those guys, in my opinion, that really exemplifies what pro football is all about,” stated Texans coach Bill O’Brien. “It’s about the fabric guys and the role players doing their jobs at the highest level when you ask them to do that. That’s what Tyrell does.”

NFL Caretakers: The Best Behind The Whistles - Bang-Bang To The End Next post