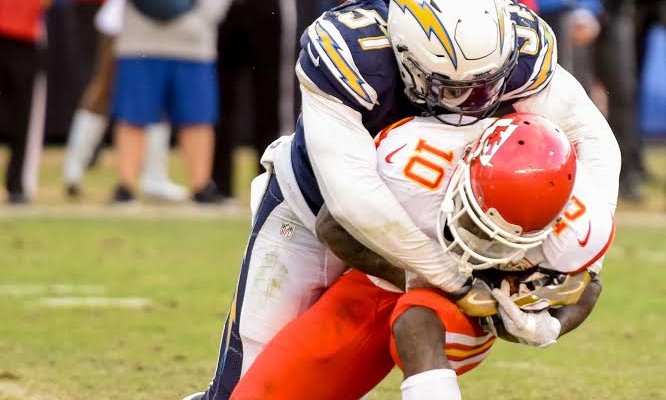 The Combine Report: Week 17 – RC Standouts Capped The 2016 Regular Season With A Bang

There is an old phrase which states, ‘that it’s not how you start, but it’s how you finish.’ Several players from the NFL Regional Combine platform did not experience playing time on Sundays earlier this season. In Week 17, those who shined later finished strong – with a bang.

No one from the RC stage banged like San Diego Chargers rookie linebacker Jatavis Brown this season. After spending several weeks on the sideline due to injury, the Akron tackling machine came back to lead his team in stops with seven against the Kansas City Chiefs.

Nevertheless, one collision banged harder than all the rest. 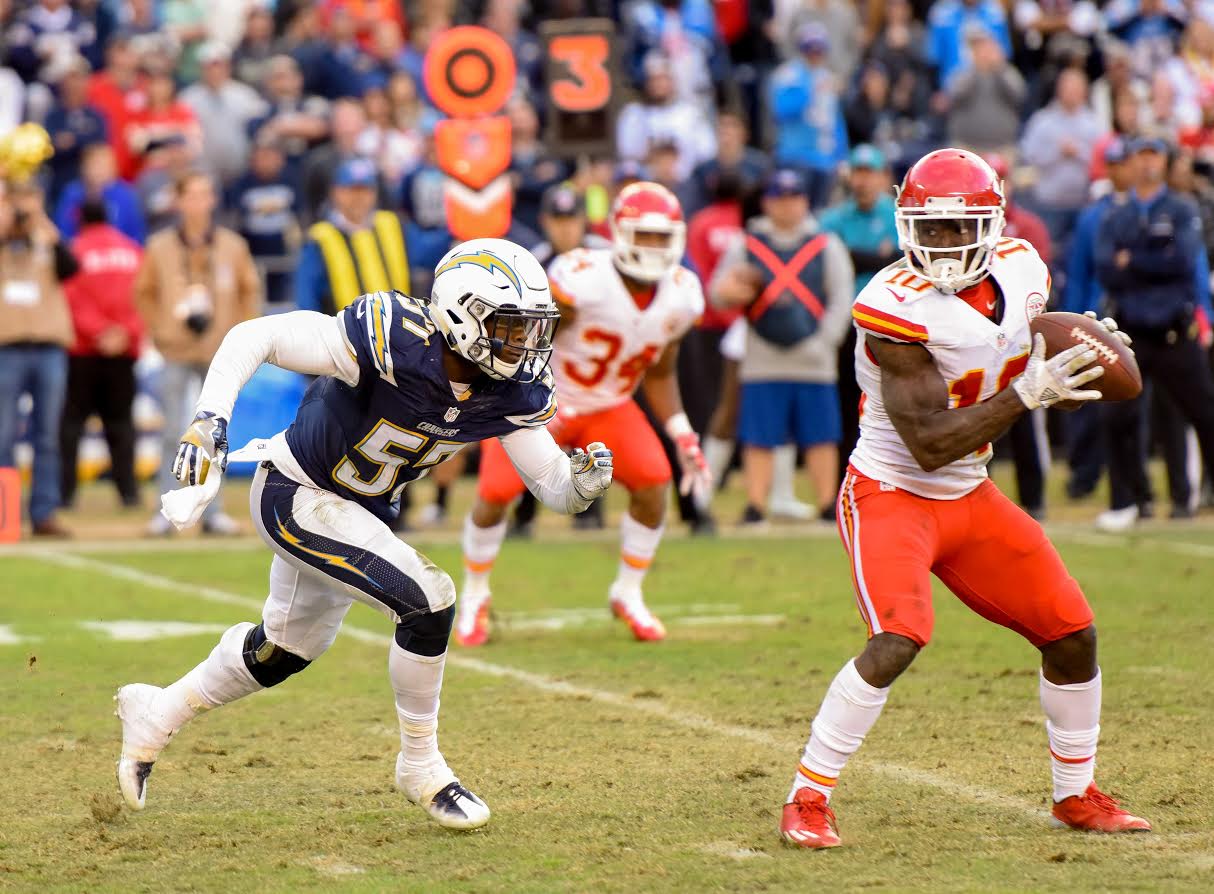 Late in the fourth quarter with 4:43 remaining, Chiefs quarterback Alex Smith threw a short four-yard pass to Chiefs standout rookie wide receiver and return specialist Tyreek Hill. Immediately after Hill caught the ball, Brown pounced on Hill and leveled him into the middle of the field.

DON’T GIVE UP ON YOUR DREAM TO GET TO THE NFL. NEED TO BE SCOUTED BY NFL SCOUTS? REGISTER NOW FOR THE 2017 NFL REGIONAL COMBINE IF YOU ARE NFL DRAFT ELIGIBLE.

Hill was scheduled to attend the New Orleans-held Regional Combine in 2016, but he took another path to the NFL and skipped the workouts.

Brown took advantage of the RC platform in Houston and achieved similar results as Hill. Both were drafted in the fifth round (Hill, 165th-overall and Brown, 175th-overall), play for AFC West teams, found success.

And boom, they finally met. 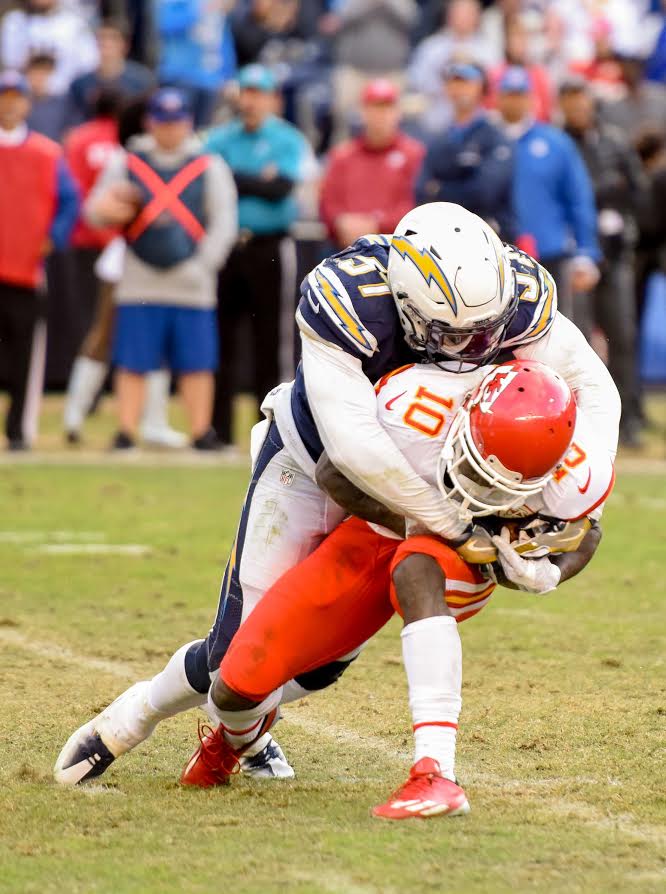 Following two seasons, Houston Texans defensive back Denzel Rice finally earned some playing time during the regular season. Against the Tennessee Titans, he blitzed them for nine tackles.

Clearly, the 2015 RC journeyman is ready to rock for the playoffs.

Titans cornerback Valentino Blake finished strong for the season as he racked up four tackles against the Texans, while Dallas Cowboys defensive end Benson Mayowa had a stop.

The Atlanta Falcons is having a solid season as they are rolling into the playoffs. In addition, converted cornerback C.J. Goodwin is healthy and ready to roll. He capped the regular season with three tackles against the New Orleans Saints.

It took a while for the Indianapolis Colts to promoted former standout Georgia Tech cornerback Chris Milton as they finally activated him in Week 11. Since then, the RC prospect has been flying all over the field.

RELATED ARTICLE: The Combine Report: Week 16 – Never Too Late To Put In Work For A Career Day

Against the Jacksonville Jaguars, Milton was no different as he amassed three tackles and a pass defensed.

The Pittsburgh Steelers activated rookie defensive tackle Johnny Maxey Jr. in Week 16 and garnered some playing in Week 17 when he recorded he first NFL tackle against the Cleveland Browns.

On the offensive side of ball, New England Patriots tight end Matt Lengel ended his regular season with another catch in consecutive weeks. Against the Miami Dolphins, Lengel hauled in a four-yard pass during the Patriots’ opening drive. 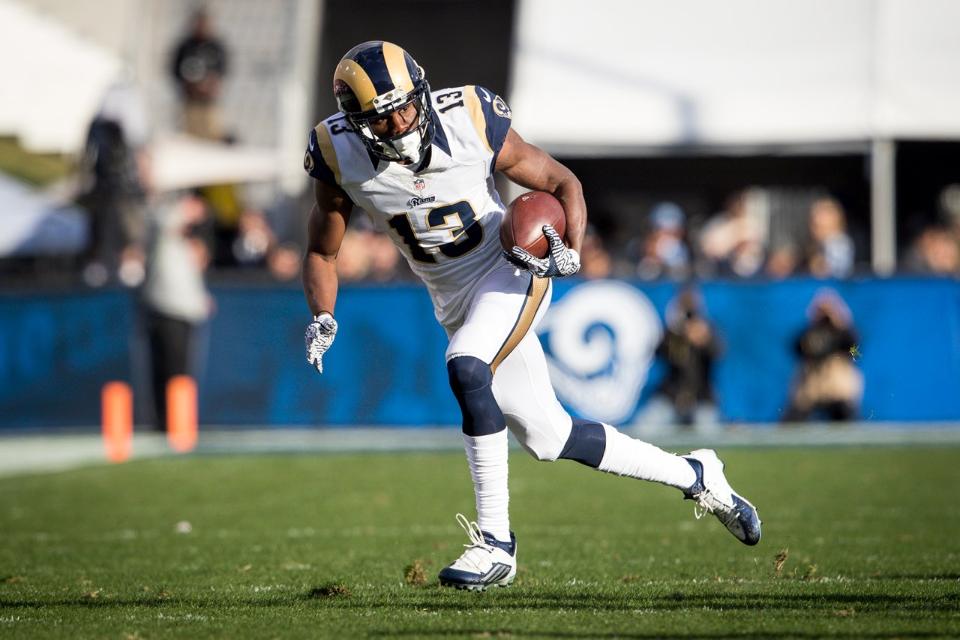 Accompanying Lengel with a single catch was Minnesota Vikings wide receiver Adam Thielen, who normally has multi-reception contests, and Los Angeles Rams rookie wide out Mike Thomas. Thielen napped a seven-yard clip, while Thomas had one for 15 yards.

In Week 17, the biggest enterprising person in the passing game was Texans rookie wide receiver Wendall Williams. Williams has quickly become a reliable target for the Texans’ signal callers late in this season. Williams was targeted four times against the Titans. The speedster from the University of Cumberlands brought in two passes, averaging 20.5 per catch.

Teammate and RC pioneer running back Jonathan Grimes had eight carries for 16 yards. 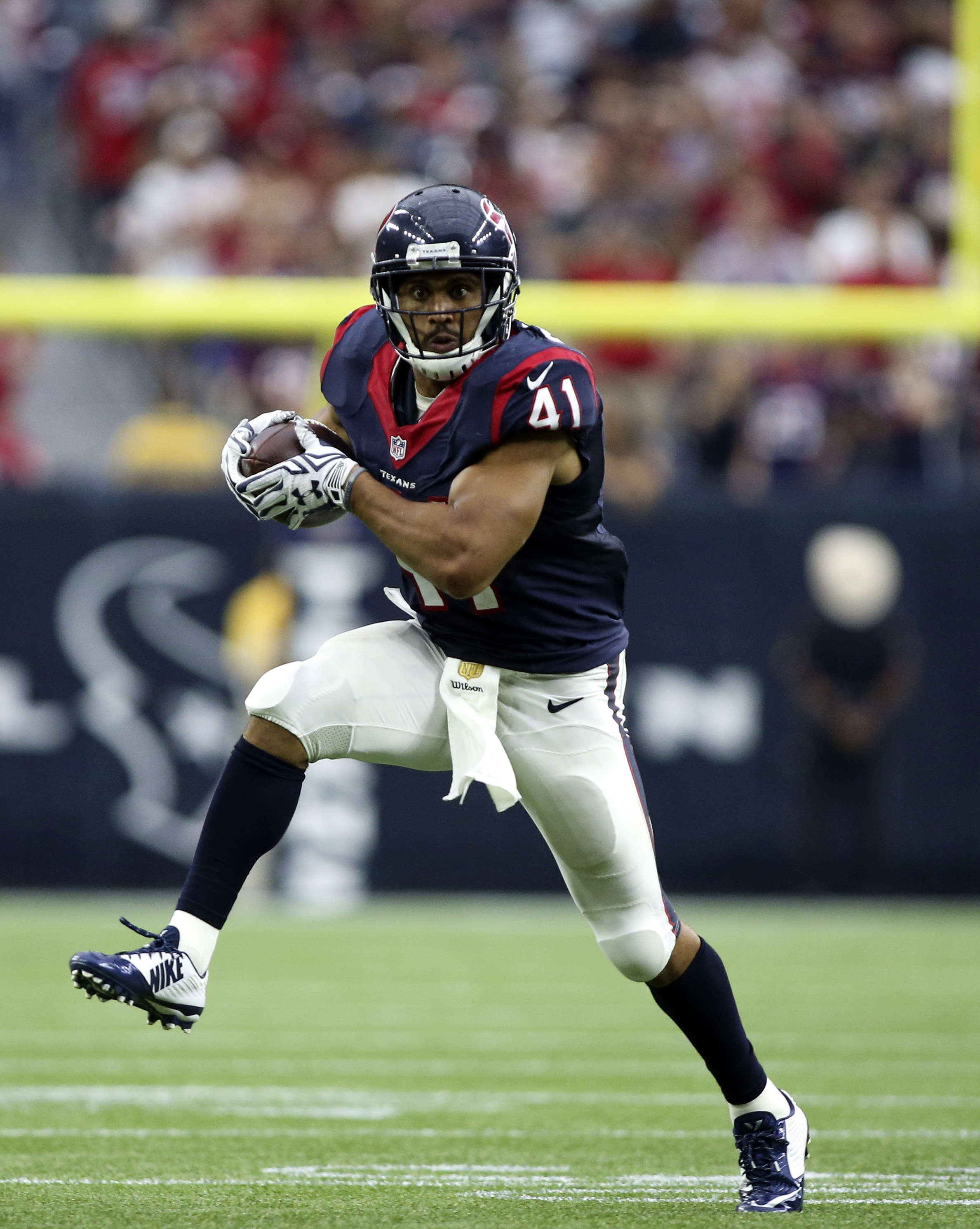 What an amazing year for the trailblazers who fashioned their way to the NFL by way of the NFL Regional Combine.

As the season progress into its postseason quest to crown a familiar or new champion, 22 standouts from the winter sessions will have the opportunity to help their team hoist a Lombard trophy in February.

The ultimate goal for all players who used the discovery stage of the combine is to get to the NFL. Now, several dreamers have the chance to earn the prize of all prizes in sports.

The Combine Report: Week 16 – Never Too Late To Put In Work For A Career Day Previous post