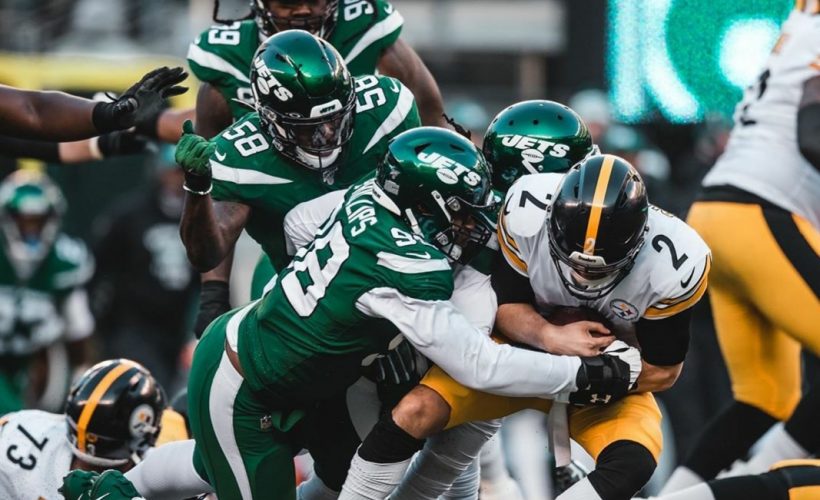 Just because the NFL regular season is winding down, it does not mean that excellent play should stop. With Week 16 in the books, not only are players padding their stats, but they are continuing to prove their worth, especially those from the NFL Regional Combine platform.

The Pittsburgh Steelers entered their contest against the New York Jets as controllers of their destiny. Several of the Jets, who ventured through the RC process, were able to take the controller out of the Steelers’ hand and controlled their own fate – a victory.

Wide receiver Vyncint Smith has been peaking each week, and in this contest, he came through each time his number was called. Smith caught three of his four targets for 32 yards.

Veteran linebacker Brandon Copeland has been a leader of the Jets’ defense all season. His ability to disrupt plays has been essential to their midseason success. Copeland finished with two tackles, one for a loss, and had two passes defensed.

But with 2:40 left in regulation, rookie defensive end Kyle Phillips made the play that altered the Steelers’ chances of a late comeback.

Steelers rookie quarterback Devlin Hodges and the offense faced second-and-9 from their 26-yard line. He received the ball from shotgun, stepped into the pocket and tried to scramble away to his right with his eyes down field. However, Phillips finished Hodges off for his first fully accredited NFL sack.

The great thing about Phillips’ execution was, he originally lined up on his right side of the field, faked the pressure from the right, dropped back into coverage (about five yards) and took off for about ten yards in hot pursuit for Hodges to bring him down for the sack on a five yard loss.

“He’s (Phillips) a heck of an athlete that’s going to be in this league a very, very long time,” said Jets nose tackle Steve McLendon, according to ESPN. “He’s so young and playing at a high level. That’s amazing.”

The Steelers were faced with a third-and-long situation and decided to punt.

Phillips registered a half sack in Week Eight against the Jacksonville Jaguars.

The Jets ate up a lot of clock and eventually shut the Steelers down.

DAVIS ON THE RECEIVING END

Following his NFL Regional Combine trial in 2013, Jacksonville Jaguars defensive back Cody Davis has made a living at stopping players from getting yards. Against the Atlanta Falcons, he not only made stops, but he gained some yards as well.

In the second quarter with 12:55 on the clock, the Jaguars lined up to punt to the Falcons from their 38-yard line. Punter Logan Cooke received the punt and quickly looked to his right and threw a short toss to Davis, who was streaking towards the sideline wide open.

Davis caught the ball clean and got the first down before he was tackled out of bounds by Falcons defensive back Jamal Carter after the seven yard gain.

Davis’ reception was his first since 2015. Against the Falcons, he finished with three tackles.

Wide receiver Keelan Cole finished with a catch for 23 yards, and one rush for six yards.