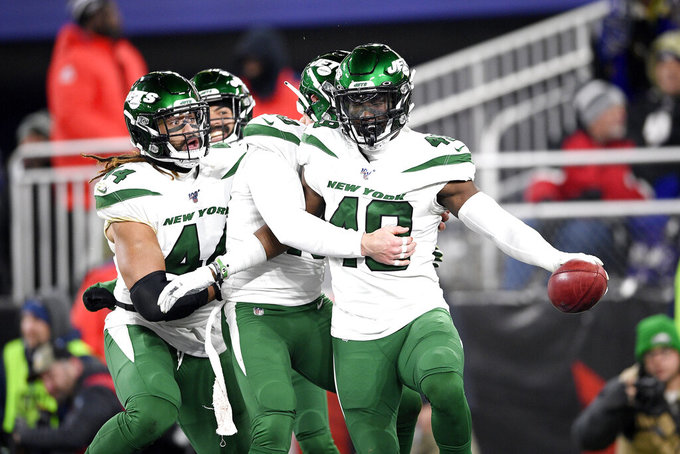 In the NFL, in comes down to wins and loses. For the NFL Regional Combine platform, it comes down to performance. And Week 15, it was loaded with such action.

Staying relentless is the name of the game in the NFL, and the New York Jets showed no sign of giving in against the AFC North champion Baltimore Ravens.

The Jets’ special teams answered the call with a couple of NFL Regional Combine pioneers leading the way.

In the fourth quarter with 12:13 remaining, the Ravens were lined up to punt from their 28-yard line. When the ball was snapped, the Jets rushed up the middle and linebacker Tarell Basham blocked the punt. RC standout linebacker B. J. Bello eyed the ball, caught it and returned it for a 14-yard touchdown.

The 14-yarder was Bello’s first NFL score. Bello has been a solid addition for the Jets special teams and it is only going to get better.

In terms of getting better, Jets wide receiver, and RC pioneer, Vyncint Smith continues to prove his potential greatness week in and week out.

Smith had a career-high in all-purpose yards with 126. He caught three passes out of five targets for 40 yards. However, on special teams, the speedster averaged 28.7 return yards on his three attempts, including one for 37 yards which came in the first quarter with 2:43 remaining.

ROBERTS LED THE WAY IN THE AIR

The Jets’ RC stars showed out, but Ravens wide receiver Seth Roberts would not be out done.

Roberts had his best game of the season as he hooked up with MVP front runner and Pro Bowl quarterback Lamar Jackson three times for 66 yards to lead the team in receiving.

Now, it was in the third quarter with 1:04 left when Roberts got the house call. The Ravens were facing second-and-20 from the Jets’ 33-yard line. Jackson received the ball from shotgun and quickly delivered a high toss towards the endzone to Roberts, who was two steps ahead of Jets safety Marcus Maye.

Roberts hauled in the deep ball for his second touchdown of the season.

“That play was awesome, man,” voiced Roberts after the game. “I told Lamar (Jackson), I was like, ‘I’m going to score on this drive.’ That safety was just sitting in the middle, and he wasn’t supposed to be sitting there. I stuck it and then headed to the back of the end zone.”

With the win, the Ravens won the AFC North division for the second straight year. RC pioneer Roberts is “thankful.”

“Where I’m from, or where I’ve been at … I told the guys when I first came here that I’m not used to this,” said Roberts humbly. “This is an awesome feeling. I’m thankful for it in my heart – it means a lot.”

The Combine Report: Week 14 Review - Tonyan Back In The Endzone, Smith Turned Up Jets For The Jets Previous post