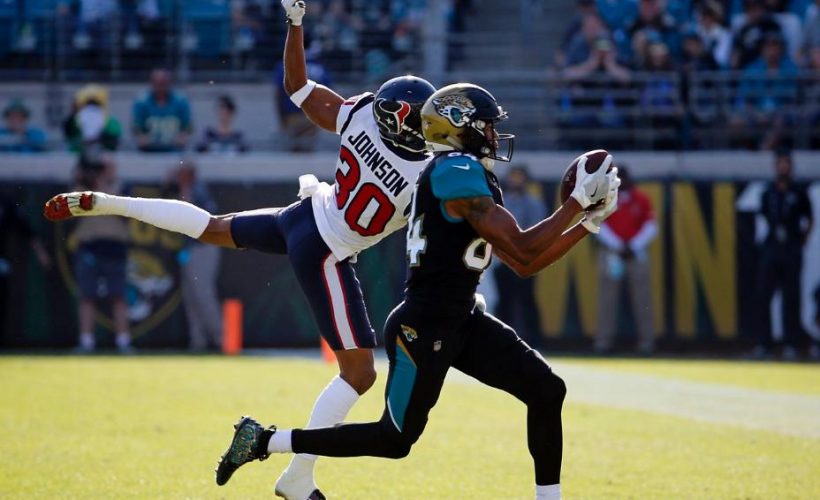 The Jacksonville Jaguars have not been to the playoff since 2007 and the last time they won their division was nearly two decades ago (1999). Led by the defense, the Jaguars exercised their abilities to eclipse their absence from the postseason play by destroying the Houston Texans. And two players from the NFL Combine Series helped in overcoming the previous divisional champions.

Jaguars fullback Tommy Bohanon has been the battering ram for the ball carriers this season. Bohanon helped pave the way for the League’s number one rushing attack (149.1). 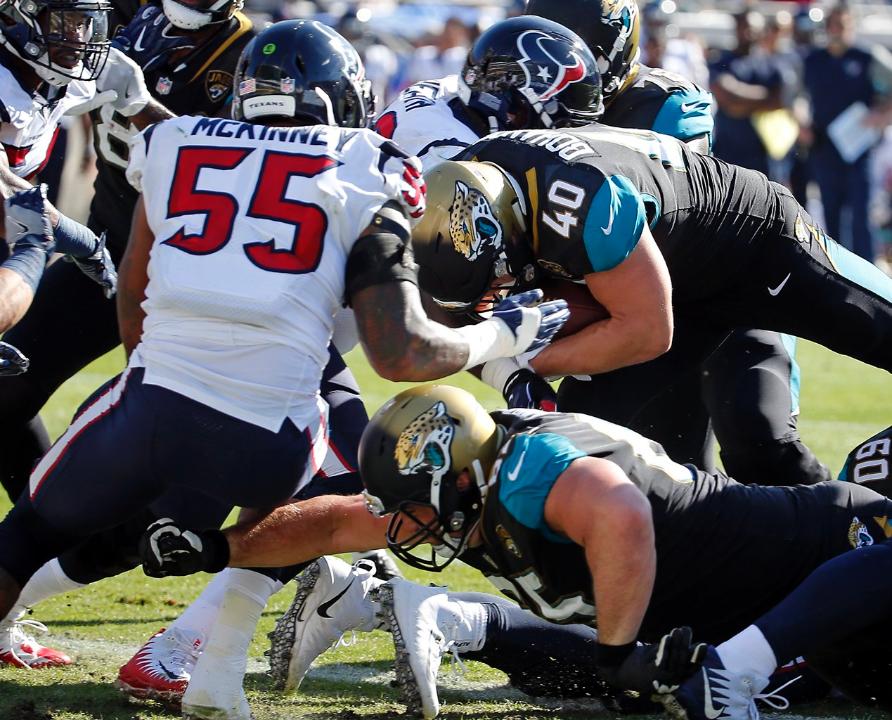 Bohanon proved in this campaign that fullbacks have a place in the NFL, and the position is essential. When effective, a fullback can impact every contest, which is why Bohanon is having a Pro Bowl type season.

Due to his efforts, Bohanon was awarded opportunities to punch the ball across the goal line. So, he did it twice.

In the first quarter with 3:54 left from the Texans 1-yard line, the Jaguars faced third-and-goal when quarterback Blake Bortles gave an inside hand off to Bohanon and he power drove over the top for the team’s first score.

Same play, same situation, but second-and-goal in the third quarter with 7:16 remaining, Bortles fed Bohanon with an inside hand off and he powered through two Texans linebackers (rookie Dylan Cole and Brian Cushing).

After the contest, Bohanon had registered three touchdowns during the season.

Rookie wide receiver Keelan Cole was close, “but no cigar” in terms of scoring touchdowns, however, he has been “smokin'” lately.

In the first half with :30 seconds on the clock, Bortles secured the snap from shotgun and checked over to Cole and connected with the speedster deep across the middle in the endzone.

Cole got off to a slow start this season, but Bortles and the coaching staff never gave up on the stellar rookie who attended the Minnesota-held RC trial in March. 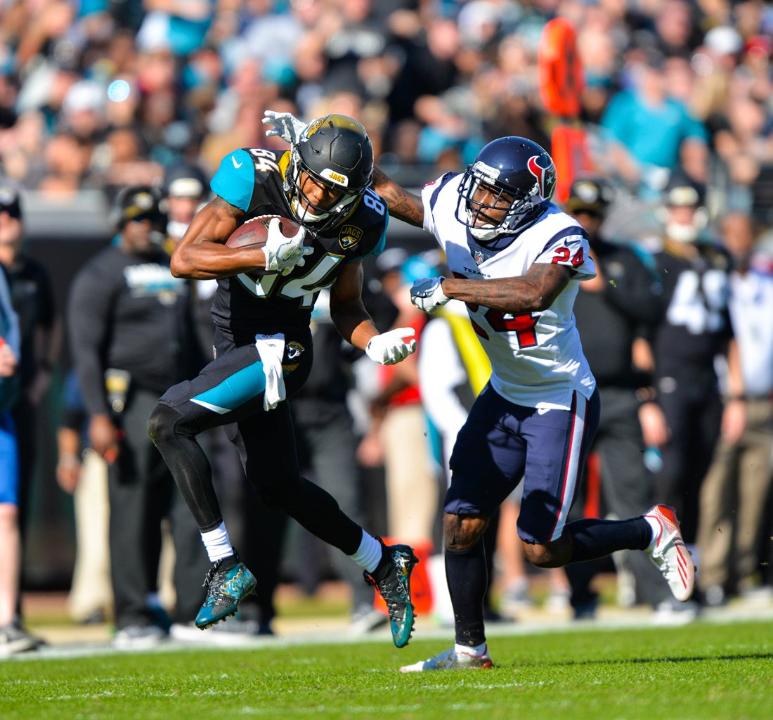 “Keenan has been challenged greatly,” said Jaguars head coach Doug Marrone. “I really think he’s done an outstanding job. I can’t say enough. He probably out of all the positions has been the most challenged from the youth players. The players obviously have responded to him. That’s the other thing you look for – how players respond.’’

Currently, Cole has three touchdowns and is second on the team in receiving yards with 607. In Week 15, Cole had career-highs in receptions with seven and in yards (186) and led all receivers in the league.

In the midst of the Indianapolis’ loss against the Denver Broncos, Colts rookie defensive back Kenny Moore II played his heart out. Moore was all over the place as he amassed six tackles and an interception.

Linebacker Jatavis Brown was in the same situation as Moore as he endured a tough loss, but played essentially well against the Kansas City Chiefs.

The Los Angeles Chargers were in a battle for the AFC West and the game was competitive until the fourth quarter. Brown managed to have probably his best game of the season as he led his team in tackles with eight. 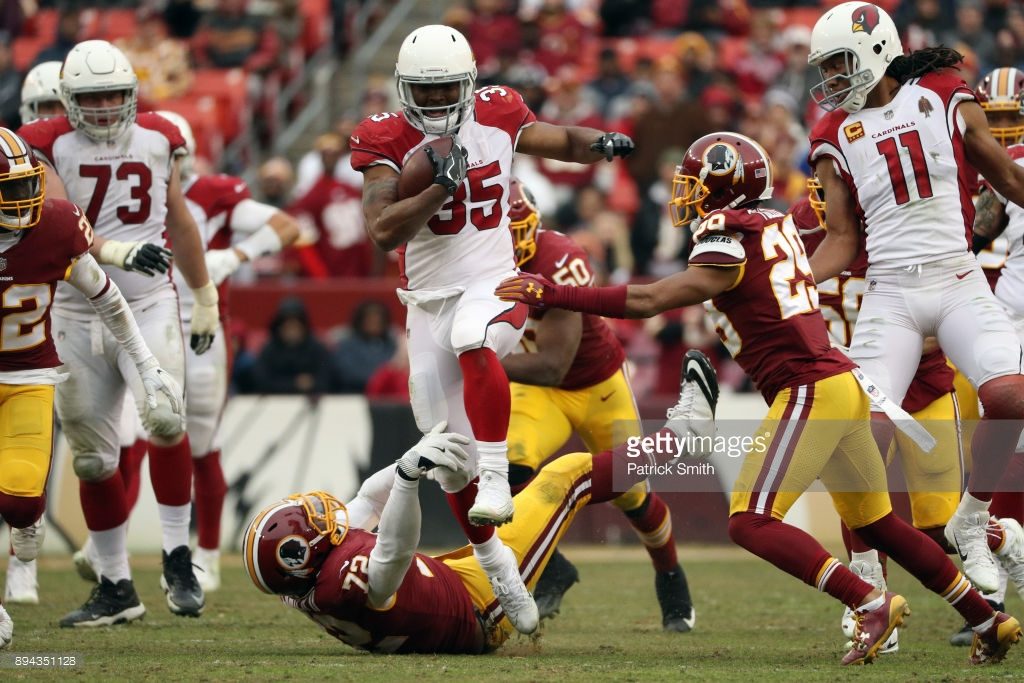 LANDOVER, MD – DECEMBER 17: Running Back Elijhaa Penny #35 of the Arizona Cardinals carries the ball in the fourth quarter against the Washington Redskins at FedEx Field on December 17, 2017 in Landover, Maryland. (Photo by Patrick Smith/Getty Images)