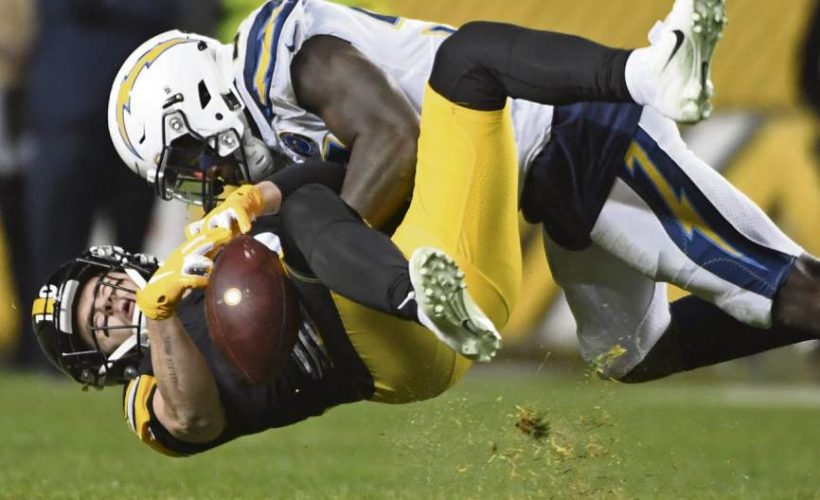 The Combine Report: Week 13 – Brown In The Middle For Chargers Comeback, Pats Slow Down Thielen

The Week 13 marathon in the NFL was thrilling with solid comebacks and surprises. Along with the excellence of each week in the National Football League, the NFL Regional Combine pioneers have stepped up their game to be a part of a collective success. 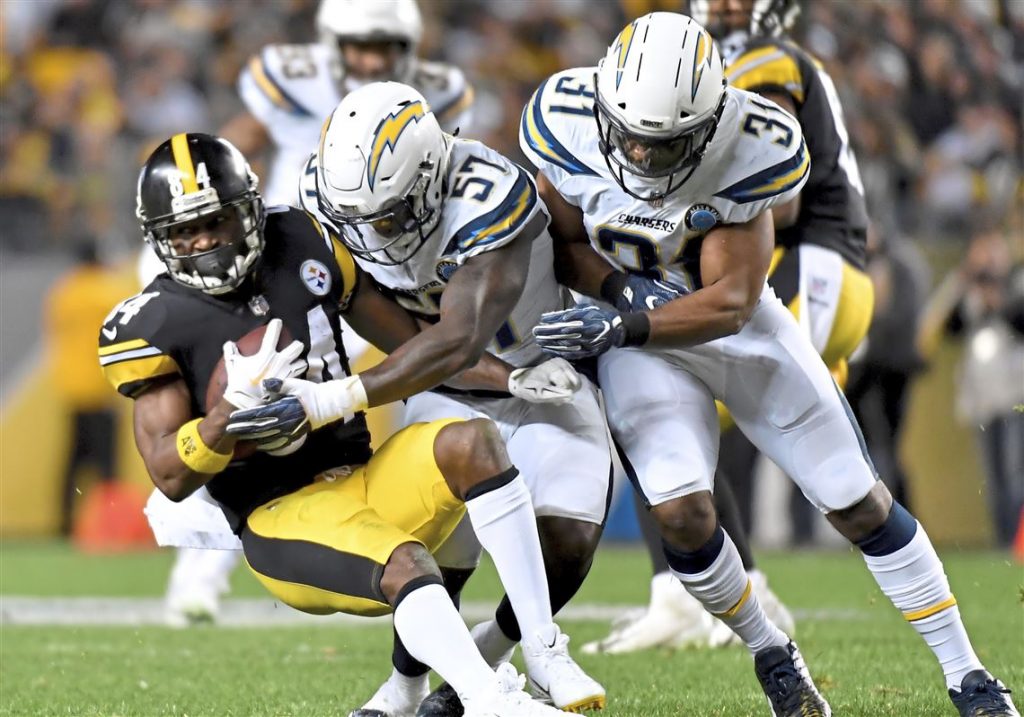 The Los Angeles Chargers were in a dog fight against the Pittsburgh Steelers. After being down 23-7 entering the second half, the offense had to respond, however, the defense needed to give the offense a chance. And Chargers linebacker Jatavis Brown was ready.

In the middle, Brown was calling out the right assignments for the defense and they shut out the Steelers in the second half, holding them to seven points.

The RC standout from the 2016 trials was a hitting machine. Despite being nailed with a personal foul against Steelers wide receiver Ryan Switzer in the fourth quarter, Brown was on another level of intensity in making any stop he could get to return the ball back to his offense.

Brown finished the game with a team-high of 11 tackles. Whenever there is a defensive stop, expect to see number 57 involved. 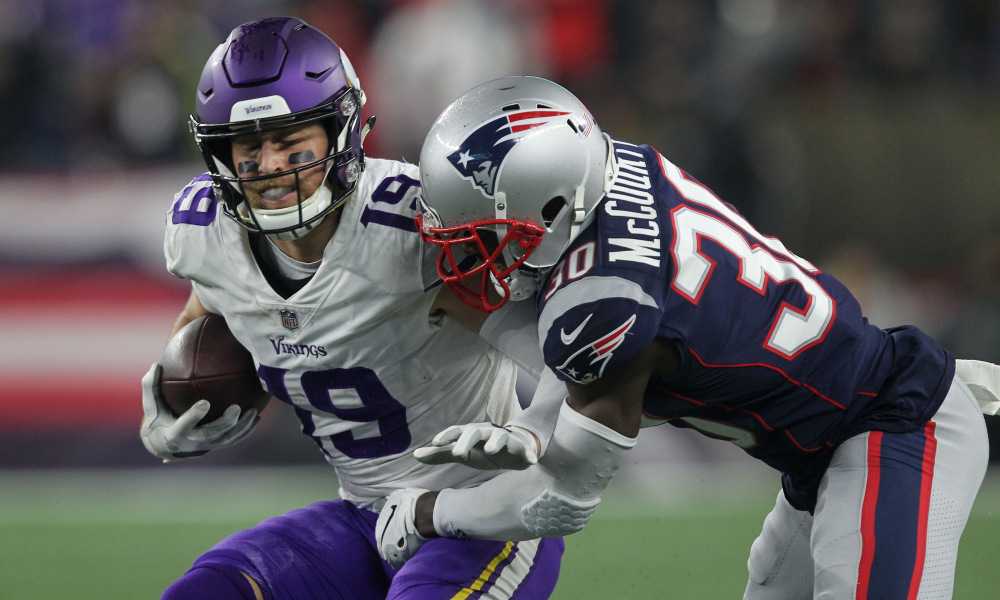 Normally, the goal is to highlight a successful outing of a RC standout, but in this case, when New England Patriots head coach Bill Belichick game plans for a player, it is a huge accomplishment.

Minnesota Vikings wide receiver Adam Thielen has commanded the attention of the defenses this season, yet, was difficult to stop. And Belichick knows Thielen can be a problem.

“He’s (Thielen) a problem wherever he is, but he’s a problem inside,” said Belichick when asked about Thielen during his press conference prior to the game, according to Patriots.com. “He has really good length, great hands, big catch radius. He’s always open, and Cousins is very accurate, can get him the ball. Cousins is throwing the ball very well. His completion percentage is right at the top of the league.

Thielen started the first eight games of season with at least 100 receiving yards and was masterful against the Green Bay Packers in Week 12 as he caught eight passes for 125 yards and a touchdown.

Against the Patriots, Thielen was targeted 10 times, however, the Pats held the second league leader in receiving yards (1,166) to five catches for 28 yards. Thielen still managed to get into the endzone.

Thielen was frustrated with his performance and the Patriots’ suffocating defense. Thielen and Belichick exchanged some words. Nevertheless, the respect is there – the Patriots clearly game planned for the NFL Regional Combine legend and Thielen holds Belichick in high regard.

“Yeah, obviously, I got to keep my cool,” stated Thielen after the game, according Vikings.com. “I got a lot of respect for him (Belichick) and what he’s done. I can’t lose it like that, but I just thought it was interesting timing for a guy to go down when it was a close play that could have been reviewed. So for me, I just lost my emotions.”

In that same contest, Vikings full back C. J. Ham had two receptions for 11 yards. 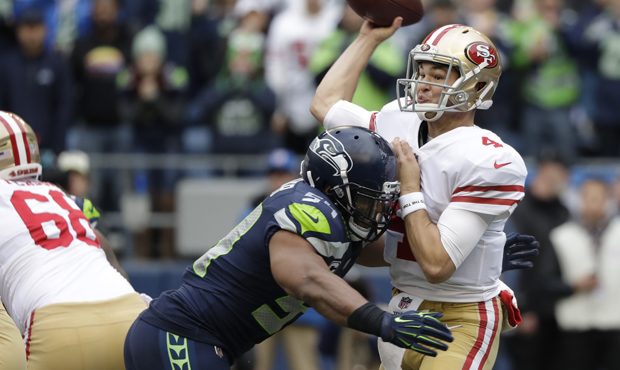 San Francisco 49ers quarterback Nick Mullens has nearly an impossible mission in leading his team – winning. The competitive quarterback from Southern Mississippi and the 2017 RC held sessions has been impressive, something not lost on Seattle Seahawks head coach Pete Carroll who recognizes Mullens’ talents.

“He’s (Mullens) been efficient. He gets the ball out,” said Carroll when asked prior to the contest, according to 49ers.com. “They (49ers) move him a lot in the play action game. If you look at it, it’s been hard to get to him. He’s only been sacked four times in about 100 throws – he’s done a real nice job there.

“He makes quick decisions, that’s why he’s getting rid of the football well. They’ve mixed him in to matchup with the running game quite well.”

The Seahawks pressured and pounded Mullens. Evidently, Mullens did not get the memo to back down.

Mullens stayed in the pocket and threw darts against the physical Seahawks in one of the loudest opposing stadiums in the NFL. Since the Seahawks got out to an early lead, the 49ers had to wing it. Mullens threw the ball 48 times and connected on 30 for 414 yards.

Mullens moved the ball well against the Seahawks for two touchdowns passes and was close to another one before getting picked off by Seahawks linebacker Bobby Wagner, who returned the play for a 98-yard touchdown.

Regardless of the loss, Mullens played well enough for another start.

-Arizona Cardinals defensive end Benson Mayowa had a tackle against the Packers.