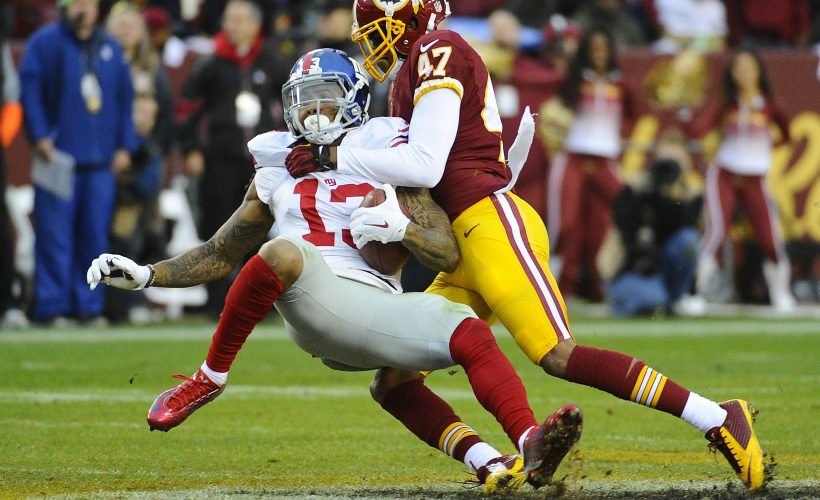 The Combine Report: Week 12 – Game-Winners, Game-Changers From The RC Prevail

Nail-biting finishes and game changing performances were the talk of Week 12 in the NFL as NFL Regional Combine pioneers emerged from deep in the background to center stage.

For the record, Oakland Raiders wide receiver Seth Roberts is not a rookie. He was a part of the Raiders’ practice squad all season last year. Roberts finally cracked the 53-active roster for the 2015 campaign. After waiting patiently, Roberts stepped into his role as the third option receiver and has become a threat opponents simply can no longer ignore.

“I felt like the dad taking the ball telling the kids to go inside when I kneed it,” said Raiders quarterback Derek Carr. “I love that guy man (Roberts), he’s done such a great job. He’s like the hero story, you know, he’s caught two game winners now. It’s a guy who is undrafted.

“First day we throw routes it doesn’t look as pretty as we wanted it to, but the guy has consistently worked his tail off to make the practice squad, then to make the 53, to be the starting slot and now he’s making game winning catches. I think they’ll write a Disney movie about him some day.” 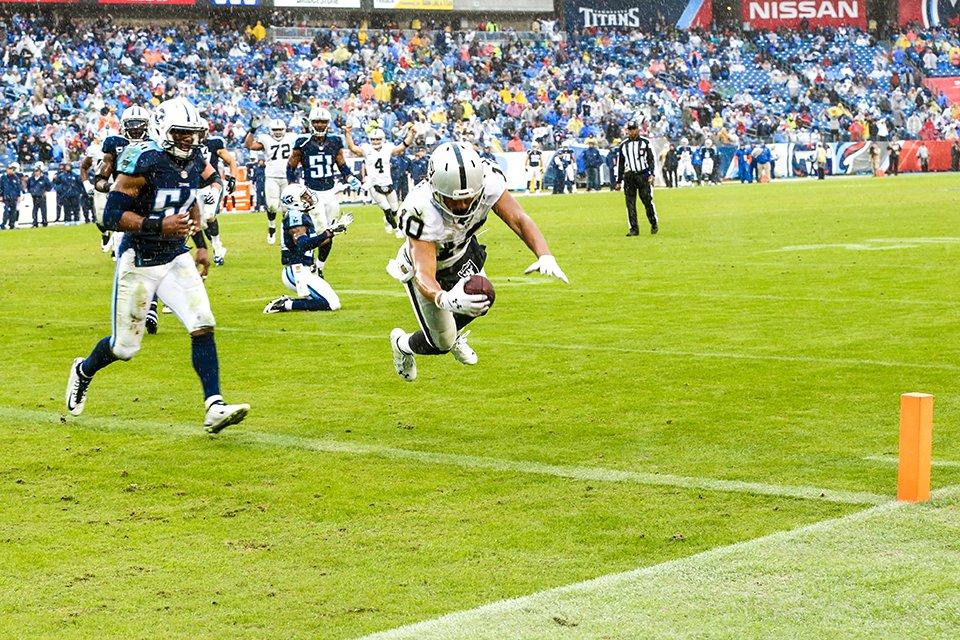 Roberts came up huge for the Raiders as he snagged six catches for 113 yards and two touchdowns. The West Alabama star should have led all receivers in receiving yards, but on the last play of the first half, Roberts caught a short pass over the middle, took it up the field to only run backwards and pitched the ball to Amari Cooper for a forgettable play.

“I feel like he (Roberts) could have had 200 yards if he didn’t run backwards,” said Carr.

Nevertheless, Roberts was outstanding on third down situations and made athletic catches over the middle.

Roberts’ first touchdown came in the third quarter on the Raiders’ opening drive of the half. With 10:52 ticks on the clock, Roberts caught a 10-yard pass for a score.

In the closing minutes of the fourth quarter, down 17-21, Carr connected with Roberts for a 12-yard eventual game-winning touchdown with 1:25 remaining in regulation. After a defensive stand, Raiders head coach Jack Del Rio gave Roberts the game ball in the locker room.

“Yeah, he (Roberts) has done a great job,” said Del Rio. “I just gave him the game ball in there. I thought he came up huge in the game the way he played, the way he performed, the way he bounced back. He took a shock there. I don’t know how they picked it up but they did but he made the big catch at the end…Great performance by him.” 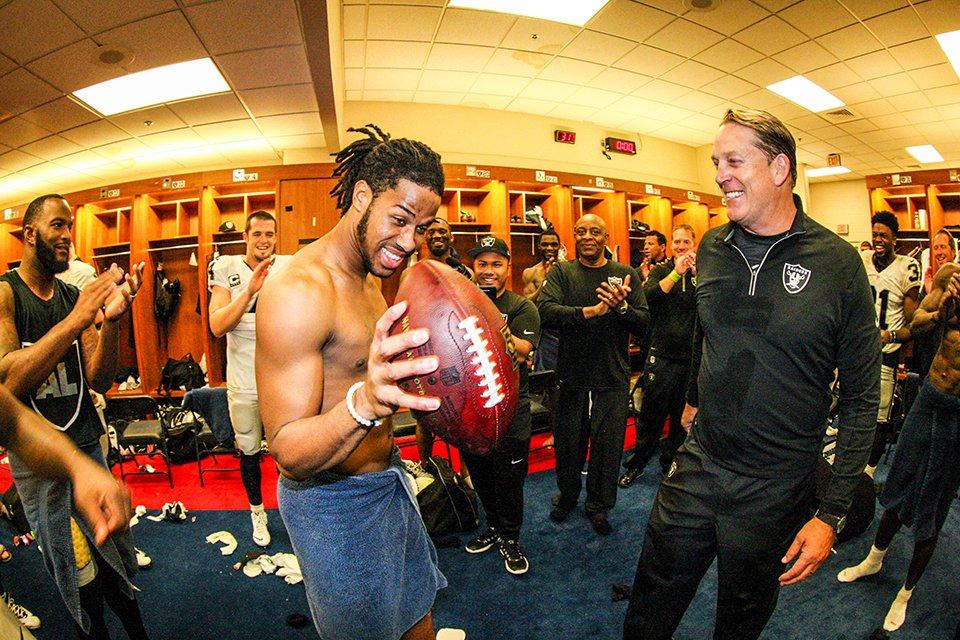 The party didn’t stop there.

Baltimore Ravens safety Will Hill III loves playing on Monday nights as he shines the brightest under the prime time lights.

Last season in Week 11, Hill picked off New Orleans Saints quarterback Drew Brees and returned the interception for a 44-yard touchdown. Monday night, Hill did it again, in game-winning fashion.

The Cleveland Browns were set for a comeback win over the Ravens as they lined up for a game-winning field goal. Ravens defensive end Brent Urban blocked the 51-yard attempt and Hill was johnny-on-the-spot as he recovered the loose ball to score a walk off the field, 64-yard touchdown as time expired. 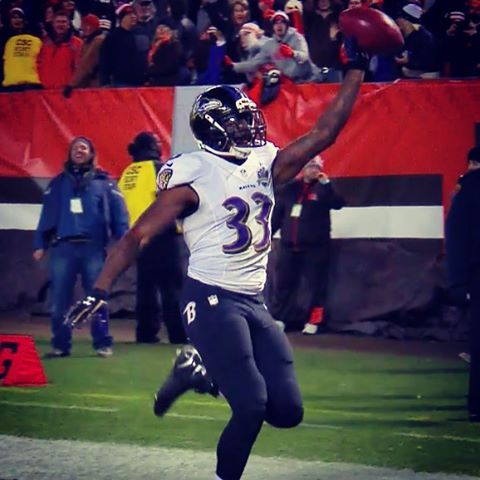 Joining the party with Hill from the NFL discovery platform is Washington Redskins rookie cornerback Quinton Dunbar. Dunbar was promoted to the active roster in Week 4, but played sparingly (totaling 20 snaps). When cornerback Chris Culliver tore the ACL in his right knee during practice on Nov 26, Dunbar’s number was called upon and ushered into the lineup.

Dunbar participated in the Miami-held Combine in February and earned an invitation to the NFL Super Regional Combine. The converted wide receiver from Florida displayed great hands during the workouts. Apparently, the Redskins felt they had enough talent for the wideout position. So, the Burgundy and Gold decided Dunbar’s instincts and nose for the ball may prove to be handy, defensively. And what the Redskins envisioned came to pass in Week 12.

With 7:23 remaining in the third quarter, the New York Giants faced third-and-goal from the Skins’ 4. Giants quarterback Eli Manning dropped back with some time and rifled a pass in the middle of the endzone to wide receiver Rueben Randle, only for Dunbar to run the route to ear his first NFL interception.

“He (Randle) ran a snap and I knew he wasn’t coming back outside,” said Dunbar. “So I just undercut it and made a play on the ball.

“I mean it’s just special to be in this moment, period,” said Dunbar, humbly. “I grew up wanting to play in the NFL, now I’m here. I grew up watching Eli Manning, so and I made a play on him, so that’s special to me.” 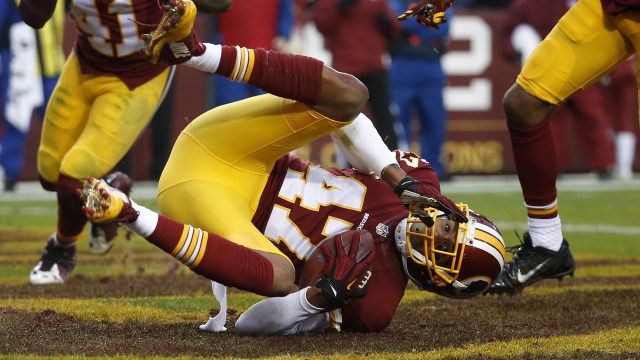 Dunbar’s interception may not have been a game-winner Comparably to Roberts and Hill. But his heroic changed the momentum and complexity of the contest.

-On Thanksgiving, Detroit Lions linebacker Brandon Copeland had a mini-feast on the Philadelphia Eagles as he gobbled up three tackles.

-Veteran running back Jonathan Grimes continues to be steady for the Houston Texans. While making plays on third down situations, Grimes finished with 25 yards on seven carries.

The third quarter of the 2015 NFL season is in the books. Nonetheless, the players from the NFL Regional Combine will continue to write chapters for the final pages of the season.

The Combine Report: Through Three Quarters, The RC Players Propels Next post