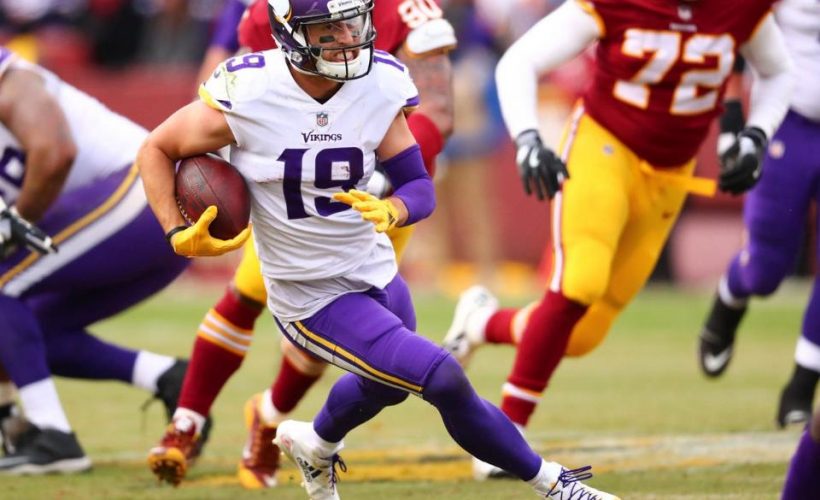 The Combine Report: Week 10 – Thielen Proves He’s One Of The NFL’ s Best, Dominated The Skins

The Combine Report: Week 10 - Thielen Proves He's One Of The NFL' s Best, Dominated The Skins

The Minnesota Vikings is questionably one of the best teams in the NFL as they sit on top of the NFC North. The Vikes’ defense is the real deal, and it is no mistake that they are led by one of the best offensive weapons in the league. Not highly drafted wide receiver Laquon Treadwell, nor the fifth rounder Stefon Diggs, but the undrafted and NFL Regional Combine’s own Adam Thielen.

The Washington Redskins had no answer for Thielen as he scorched them for 166 yards off eight receptions and a touchdown, averaging 20.8 yards per grab.

If the Redskins did not know Thielen’s name before Sunday afternoon, they are definitely more familiar now.

“I’m just trying to get the individual matchup on each play,” said Thielen humbly. “I want to play football and help this team win games, and it feels good to get the win here.”

Thielen does not score a lot of touchdowns, however, he positioned the Vikings to post points as they are ninth in the league in total points scored (217). 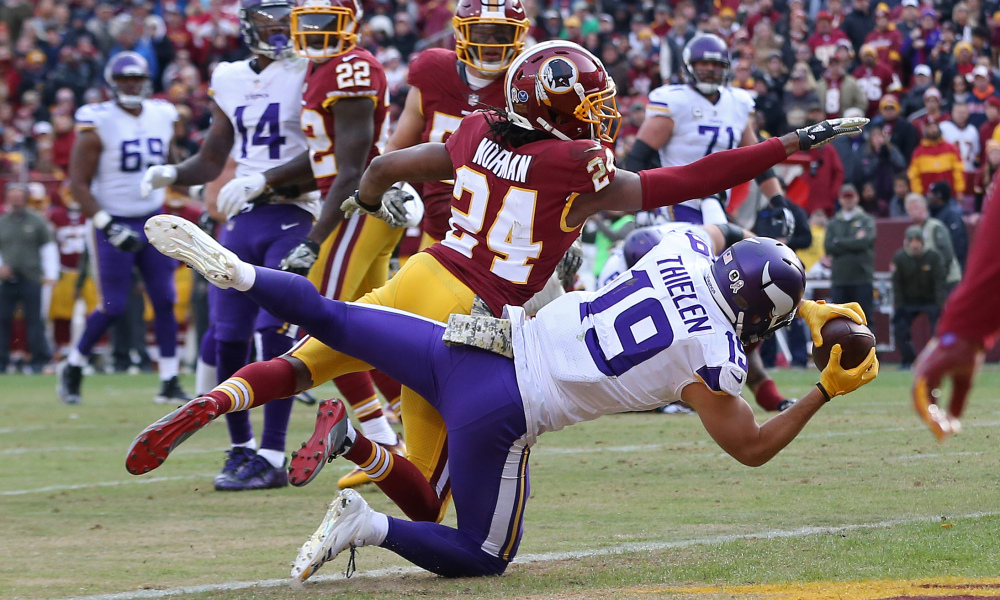 With 1:55 remaining in the first half from the Redskins’ 7-yard line on second-and-goal, Vikings quarterback Case Keenum received the snap from shotgun formation, and after checking off to his left, he scrambled to his right and threw a dart to Thielen, who shielded Redskins cornerback Josh Norman off for the score.

The RC pioneer from the 2014 trials scratched the ball out of the air with an attitude for his second touchdown of the season.

“Yeah, he is (always seeming to get open),” said Keenum after the game, according to Vikings.com. “Just throw it near him. He did a great job on his little scramble drill. I was able to escape the pocket for a little bit. A great catch. It may have looked like an easy little thing, but I threw it hard, and I was really close to him. I was running at him, and he was running at me.”

Thielen is the only receiver in the league to have hauled in at least five receptions in a game this season. He is third in the league in receiving yards (793) and fifth in receptions (56).

And Thielen is not finished yet.

“It was a huge win,” Thielen voiced. “We knew that we needed it for some momentum forward because when you have the London week and the bye week, you kind of go into a little bit of a lull, and you want to make sure that you come out strong in the second half.”

The Pittsburgh Steelers had their hands full against the Indianapolis Colts. Due to the punting ability of Jordan Berry, the Steel Curtain was able to put up a good fight with great field positioning to ultimately give the offense a chance to make a comeback – and they did.

Berry had six punts and landed three inside the 20, averaging 46.7 yards per attempt.

The Steelers/Colts contest was thrilling in a comeback fashion, comparably to the Jacksonville Jaguars/Los Angeles Chargers matchup with some NFL Regional Combine standouts in the mix. 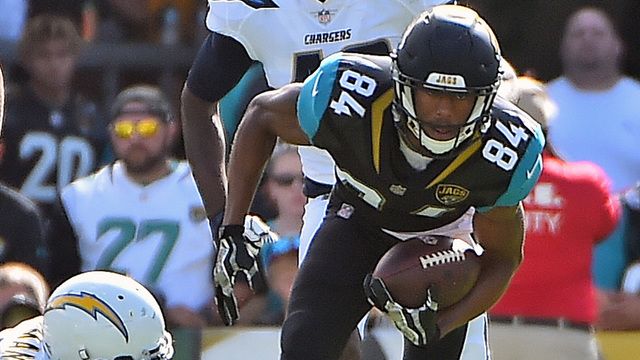 Jaguars rookie wide receiver Keelan Cole went to work early as he caught a 36-yard pass. On first-and-10 from the Jaguars’ 25-yard line with 10:29 left in the third quarter, quarterback Blake Bortles went deep down the right side of the field to Cole with Charger cornerback Trevor Williams blanketing him.

Cole popped up and flexed a pose. He finished second on the team in receiving yards with 61, off three catches.