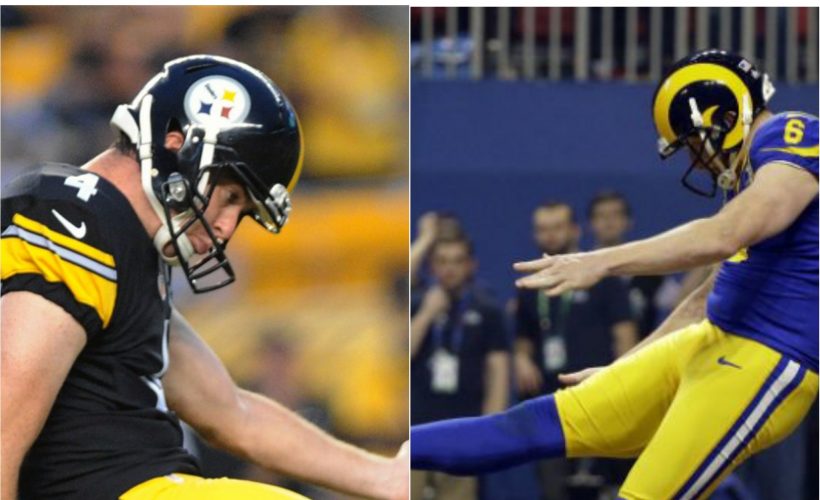 The Combine Report: Week 10 Preview – Who Will Come Through In Battle Of Field Positioning In The Steel City, Berry Or Hekker?

Will WR Marvin Hall Make Lions Pay For Cutting Him?

Week 10, Week 10, Week 10 is here! Winning is key, however, there are many factors involved, including the battle for field positioning. And the NFL Regional Combine platform help to introduce to the league a pair of solid ones.

The Steel City will play host to the Los Angeles Rams as they travel east to Pittsburgh.

Both teams are trying to finish strong for the playoff race, and they recognize the importance of a key component that will help them succeed for a victory – field positioning.

Fortunately, both squads have weapons to assist in the ultimate goal– punters Jordan Berry (Steelers) and All-Pro Johnny Hekker (Rams).

Berry is having a solid season as he ranks seventh among all punters in terms of average yards per attempt (47.1) and he landed 10-out-of-30 punts inside the 20. Berry is clearly having one of his better years, which was critical for this campaign as he had a rocky outing last season.

“He just needs to relax. He’s quite capable, but we need a consistency level from him.”

Berry’s inconsistency forced the Steelers to have two punters tryout prior to Week Three of last year. However, the Steelers committed to Berry as he signed a two-year extension in March.

Quietly, Berry has been important for the Steelers’ defense as the offense struggled to have chemistry after future Hall of Fame quarterback Ben Roethlisberger went down for the season due to an elbow injury.

With the extended field, the Steelers’ D forced outs quickly for the offense to operate short fields.

Berry had a formula during mini-camp, and he has carried this season – thus far.

“I can get amped up at times and really try to smash the ball,” said Berry. “More often that not, that’s not a good thing. You want to try to hit the ball at 85 percent because that’s where you’re going to get your best ball. Sometimes I try to smash a big one, and that’s where it doesn’t pan out.

“You have to find that medium where you are consistent, but hit it nice and powerfully.”

Hekker has not been needed as much as Berry has for the Steelers. The Rams are recognized for being an explosive offensive club. Hekker had 26 punt attempts this season, including one boot that went 71 yards.

With eight punts landing inside the 20, Hekker is averaging 46.2 per punt. The four-time All-Pro punter, and RC legend, has been a staple in the league.

And the Rams will need Hekker to continue to be a staple, especially Sunday as the Steelers will play the Rams tough on their turf.

If the Steelers are not careful, Hekker can make a big play with his arm as the former high school quarterback average at least two passing attempts a season. He already completed a pass this season. Hekker is due for another one.

The weather will be clear with expected winds at 12 mph, which could effect anyone of these punters – but it won’t.

Counterpart in Colts cornerback Kenny Moore II will definitely be ready to step up his game as the offense will need more from the defense due to the absence of quarterback Jacoby Brissett.

Hall has five receptions for 201 yards, averaging 40.2 per catch, and a touchdown. He is due for another bomb, but to stop that from happening, Bears defensive tackles Roy Robertson-Harris and Abdullah Anderson have to get to Lions quarterback Matthew Stafford.

This will be fun!

The Combine Report: Week 9 Review - In The Nik Of Time For Dolphins, Smith Turned Up Jets For A Moment, Moore II Was Savage Previous post