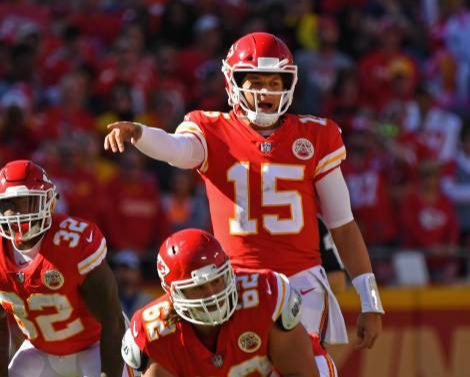 To start Week One of the 2019 NFL season, some NFL Regional Combine pioneers will be featured and spotlighted for a Super Bowl run.

REITER SNAPS AND DIRECT THE MVP

Reiter played well and the Chiefs did not miss a beat in Morse’s absence. The RC participant from the 2015 trials helped make the transition on the offensive line smooth and, eventually, Reiter will take some responsibility in signaling calls and translating defensive schemes to allow Mahomes to pick up from where he and the Chiefs left off.

Reiter will line up against a solid Jacksonville Jaguars defensive front, which is loaded with league-recognized studs in defensive ends Yannick Ngakoue and Calais Campbell and linebacker Myles Jack.

Thielen tied for fourth in the NFL with 113 receptions and had a career-high in receiving yards (1,373) last season. He joined wideout greats Rod Smith and Wes Welker as the only undrafted players since 1967 to record 100-plus catches and 1,300-plus receiving yards in single season.

The NFL Regional Combine legend set a franchise record of nine games with 100 or more receiving yards in 2018.

“It usually takes a couple, I guess, incomplete passes to really get on the same page. You are always still working on it, but it is definitely better to be in a second year with a quarterback than a first year, obviously.”

Thielen should not have any issues against the Atlanta falcons, a team that struggles against the pass, ranking 27th last season.

LockerTalk Podcast: Which RC Players To Watch In Week One Next post