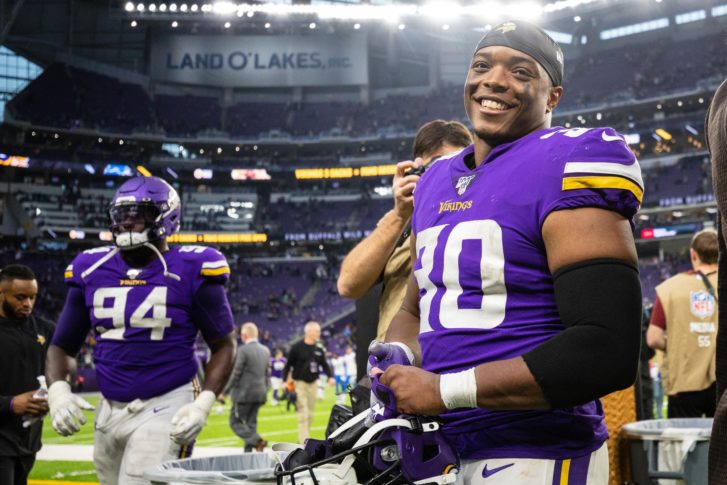 Ham Finally Recognized As An All-Star

After some changes to the Pro Bowl roster for the NFC, Minnesota Vikings full back C.J. Ham has been named the 2019 Pro Bowl as an alternate. Ham is the only pioneer from the NFL Regional Combine process to make the Pro Bowl this season.

Following the San Francisco 49ers’ NFC Championship victory over the Green Bay Packers, fullback Kyle Juszczyk will not be a part of the NFL All-Star roster for the NFC.

Ham has been stellar for the Vikings for several years as he worked his way from being a special teams’ ace to become one of the best full backs in the NFL. Clearly, Ham is helping to saving a dying position in the NFL as his versatility can not be ignored.

The 5-11, 235-pound fullback from Duluth, Minnesota can catch out the backfield, in the slot and as a wideout. However, Ham has been a battering ram for the league’s sixth-best rushing attack this season.

Ham came through the RC process in 2016 and signed with his hometown team shortly after the 2016 NFL Draft, becoming a mainstay for the Skol.

Ham played in 359 snaps and started seven games, career-highs. On the season, Ham registered seven carries for 17 yards and 17 receptions for 149 receiving yards including a touchdown, his first since 2017.

The Vikings fullback help to continue the NFL Regional Combine streak of Pro Bowl appearances, dating back to 2013 with Los Angeles Rams punter Johnny Hekker. Teammate in wide receiver Adam Thielen was an All-Pro for the past two seasons.

This is no a surprise for Ham becoming a Pro Bowl. It’s just – about time.

The Combine Report: Reiter Gives Mahomes, The Chiefs' Offense Time To Be Creative - All The Way To Super Bowl LIV Previous post