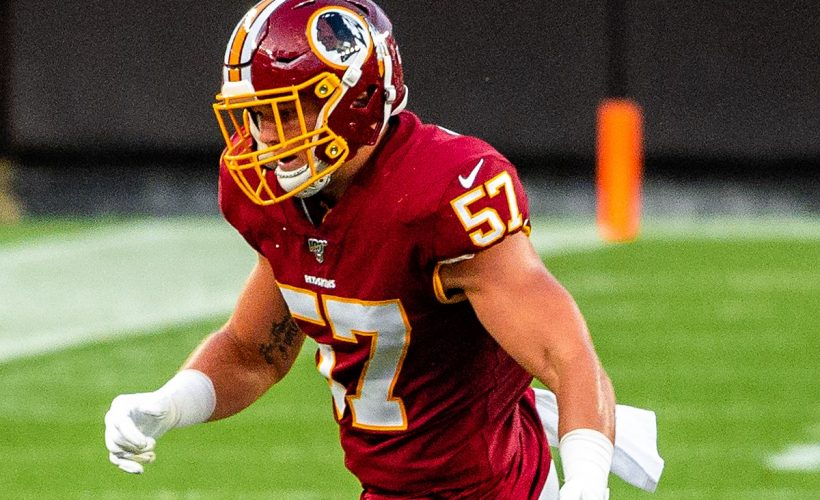 NFL Network has its highly popularized Top 100 players for a season, while several media companions have their own top list’s. The NFL Regional Combine platform also has established its version.

For the 2019 NFL season, 70 players, who graced the NFL Regional Combine process, were in the league. Some were in development and recovery, while the others were instrumental in team and individual success.

This comprised list focuses on the top 10 RC pioneers who were effective and consistent throughout the 2019 NFL campaign, exclusively.

Many of the notables did not achieve this season’s collaboration, but without a doubt, they will return sooner rather than later.

For now, let’s highlight those who were solid for 2019 filling their respective teams’s needs.

Holcomb was the bell cow for the platform in 2019. The rookie linebacker was second in tackles for the Redskins with 105, and 74 of those were solos. It was evident that Holcomb would step right into the Burgundy and Gold uniform and lead. As the mike linebacker, Holcomb normally would have players in the right place to make stops. And making stops was why the Redskins were competitive in most contests, and why he was the most outstanding pioneer from the RC platform in 2019.

Clearly, the Chiefs were willing to move on from center Mitch Morse knowing they had Reiter in their midst. When Reiter signed a two-year extension with the Chiefs towards the end of the 2018 season, they knew a bargain was made. Reiter into the starting role and immediately asserted himself as the third eye of quarterback Patrick Mahomes and a pillar on the offensive line. Out of 1,044 snaps, Reiter was caught holding only five times throughout the season. Reiter’s consistency was imperative for the Chiefs’ success, all the way to their Super Bowl victory over the San Francisco 49ers.

Ham is one of those talents who numbers are not flashy or eye-popping. Still, he is wildly effective and reliable. Ham is the classic workhorse at the fullback position with soft hands like a tight end. He is a hard nosed blocker who helps well within the second level to make plays down the field for ball carriers. Ham helped spearhead the sixth-best rushing attack in the NFL. Ham was rewarded for his 2019 campaign with a trip to Miami as a first time Pro Bowler, the only player from the NFL Regional Combine platform to earn the honor last year.

Needham did not get rolling until Week Six, after being on the Dolphins’ practice squad. As soon as he was promoted to the active roster, Needham became an immediate starter. After missing the start in Week Seven, the rookie cornerback from UTEP was ushered into the starting lineup in Week Eight, and never looked back. Needham had one of the best seasons ever put together for a talent who ventured through the RC process. Not only was he excellent for a NFL Regional Combine pioneer, but entering Week 11, Needham was graded in the top five among all NFL rookies. Needham capped his rookie season with 54 tackles, including a sack and forced fumble, and two interceptions. Truly, the best is yet to come.

Without question, Moore II has been the catalyst for the RC platform in terms of defensive backs. Moore II signed a huge deal last offseason, and despite some bumps and bruises which cost him five games, the Division II product from Valdosta State still produced a quality season. Moore II registerd 61 tackles, including 2.5 sacks (career season-high), three passes defensed and two interception. For the Colts, great investment made. For Moore II, keep staying hungry.

Copeland is one of the best redemption stories in the NFL in terms of bouncing back despite being counted out. After journeying through the RC process in 2013, bounced around and having to use the NFL Veteran Combine in earn another shot, Copeland eventually found a home with the Jets following three seasons with the Detroit Lions. Copeland has been a solid player ever since. Copeland missed the first four games of the 2019 season due to violating the league’s policy on performance-enhancing substances. After getting back from that ordeal, Copeland finished 2019 with a career year in tackles (42). Like Moore II, Copeland’s payday is coming.

Phillips, Copeland’s teammate, was consistent all season. His quiet, no nonsense demeanor has allowed him to stay focused and competitive. The rookie from Tennessee blitzed through the RC trial and onto the 2019 NFL campaign. Phillips was ranked as one of the top 50 rookies of the NFL season last year via Pro Football Focus (do not know how Holcomb and Needham were missed, but anyway) due to his 39 tackles output, including 1.5 sacks. On an upcoming team, Phillips is definitely in the right place at the right time where his skills can develop to be dominant.

In his rookie season in 2018, Smith earned to opportunity to make the Houston Texans practice squad and eventually was promoted to the active roster later that year. Fresh into the 2019 season, Smith was signed off waivers by the Jets, where he truly took off. Smith had career-highs in receptions (17) and receiving yards (225). Smith carried the ball three times as well for 52 yards–19 of those grounded yards went for a touchdown. The versatile Smith has proven to be a reliable weapon the Jets can rely on for many years to come.

Simply put, Robertson-Harris is a beast, and surrounded by other well known stars in the NFL, he hold his own. Quick off his feet and powerful, Robertson-Harris showcased excellence, and signs of brilliance during the course of the season. Robertson-Harris had a career-year in tackles with 30 and passes defensed with three. One thing for sure, as an legitimate pass rusher, Robertson-Harris is getting on the map. If Green Bay Packers quarterback Aaron Rodgers was asked about Robertson-Harris, he would rank him high on the list as the NFL Regional Combine pioneer always seems to get his hands on him.

Mayowa has been quietly shadowing quarterbacks for a number of years now and is on the verge of finally earning a huge pay day. After his second stint with the Raiders last season, it is a good chance that he will return after signing a one-year deal last offseason. Mayowa racked up a career-high in sacks with seven. Mayowa can play a major role in the Raiders’ young defense. If not in their line up, Mayowa will easily step onto any squad defensive line and wreck havoc.