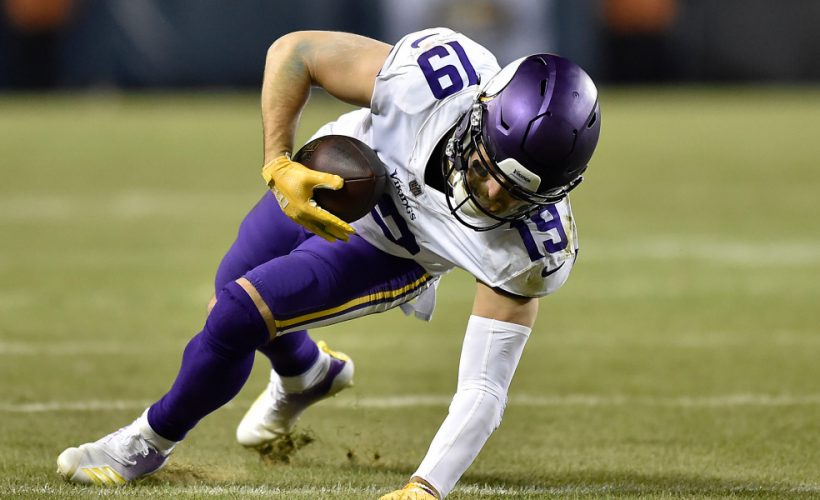 The Combine Report: Thielen Selected By His Peers Once Again

To be praised by the media is one thing. Now, to command the respect from the peers of a competitive sports league is more of a crowning achievement – which Minnesota Vikings wide receiver Adam Thielen has earned the last two seasons.

Thielen was voted by the NFL players as the 33rd best player in the NFL’s Top 100 Players of 2019. Last season, the NFL Regional Combine pioneer was voted 36th-overall by his colleagues, becoming the first talent from the platform to make the list.

“He eclipsed the record that Randy Moss held for the most 100-yard games by a Viking wide receiver,” said Detroit Lions defensive tackle Mike Daniels. “Randy Moss … you got Moss’d … one of the greatest of all-time.

Thielen had 58 receptions in the first six weeks of the 2018 NFL season, the most ever in NFL history. Then, he followed up with a record-setting feat of posting 100-plus yards in the first eight games to start a season. None of the best receivers in NFL history accomplished that tower of achievement.

“Adam Thielen is one of my favorites in the league. I have a lot of respect for that guy,” voiced Green Bay Packers wide receiver Davante Adams.

Thielen is one of the five Vikings who are currently on the Top 100 Players, as announced on NFL Network. Cornerback, and teammates, Xavier Rhodes’ name has yet to be called, but he voiced his opinion about his star pass catcher.

“Adam has always been a great route runner,” said Rhodes. “He does a lot of misdirection where you thinking he’s going one way, he it’s the total opposite.”

And the best is still yet to come from Thielen, and the talent discovery process.

The Combine Report: Why Thurman, Ceresna's Skill Set Will Translate From The CFL To The NFL Previous post

LockerTalk Podcast: RC Talents On The Verge Of Getting To SB LIV - NFC Next post