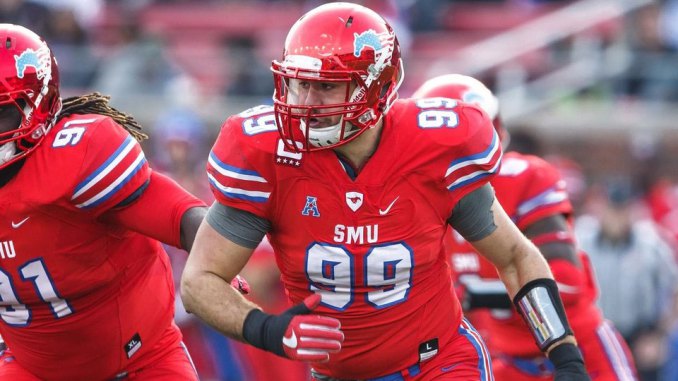 The Combine Report: The NFL Regional Combine Invitational Preview- The Defense On The Defensive

Tampa, FLA – While change doesn’t always mean better, it does indicate a willingness and desire to improve. With that in mind, the NFL Regional Combine has been changed from a discovery platform to an invitational. The RC Invitational (RCI) will feature athletes about whom the NFL scouts still have questions.

Having played in the East-West Shrine game and Senior Bowl, these RCI participants have garnered all-conference accolades and could have been invited to Indianapolis for the NFL Scouting Combine. They are not NFL hopefuls like the attendees of the previous RC, talents like linebackers Jatavis Brown (Los Angeles Chargers) and Julian Stanford (Buffalo Bills) and defensive end Benson Mayowa to name a few.

The scouts are not questioning the ability of these RCI participants to play in the NFL, but they still have some questions.

Football has away to force players to dig deeper.

Come March 24th, the NFL Regional Combine Invitational will be one heck of a session.

Check out some of the defensive players who should answer all the League’s questions. 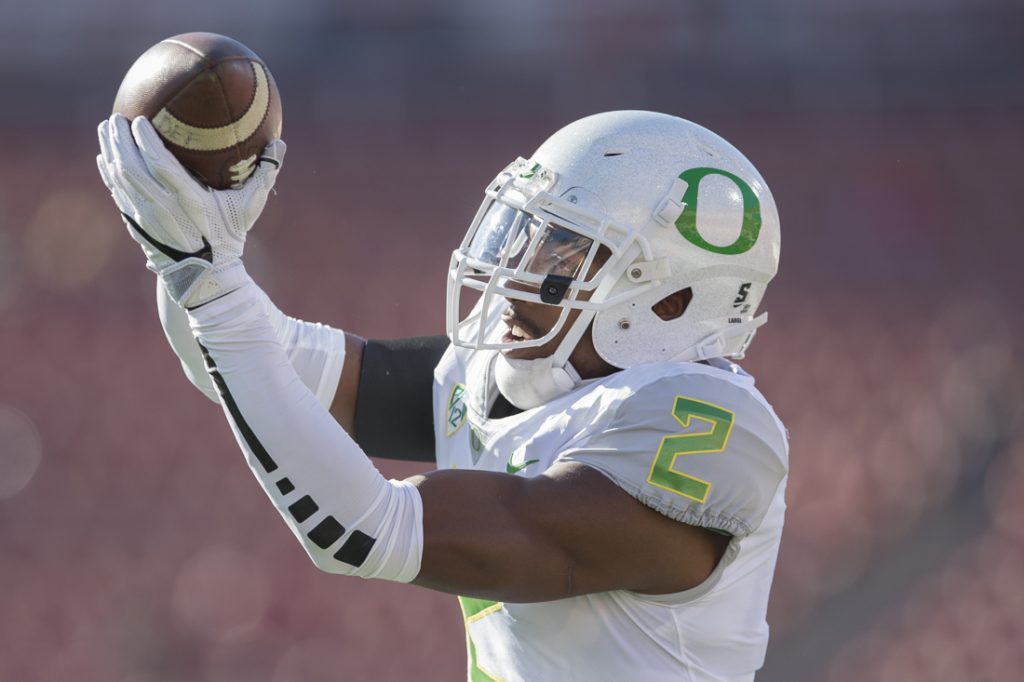 Deatrick Nichols – South Florida. Nichols ranks as one of the top 50 cornerbacks in the 2018 class. The 5-9, 186-pound corner from Miami is clocked with 4.5 speed. The aggressive Nichols finished with 56 tackles, had 12 pass defensed and three interceptions. If Nichols was bigger, he would make millions of dollars much earlier.

Tyrin Holloway – Western Illinois. Holloway is always in attack mode and he never backs down from contact. Holloway wrapped up his senior campaign with 103 tackles, had 12 pass defensed and seven interceptions.

Tyree Robinson – Oregon. Robinson is huge for his position. Standing 6-4, 205-pounds, Robinson has great length and covers the field well. He finished with 48 tackles and registered two picks. Will Robinson entice defensive coordinators to move him to edge? Stay tuned.

Reggie Hall – Jacksonville State. Interesting to watch, Hall is not a burner, but he has great game day speed. He is a big senior standing 6-3, 200-pounds and may be a solid project like his former teammate Jaylen Hill, who is a member of the Baltimore Ravens.

Zedekiah Brown – West Georgia. Simply put, Brown is a born leader. He amassed more than 130 tackles for his collegiate career and, entering his senior year, he turned half of his interceptions into touchdowns (6). Brown has great instincts, is fundamentally sound and has good hands. 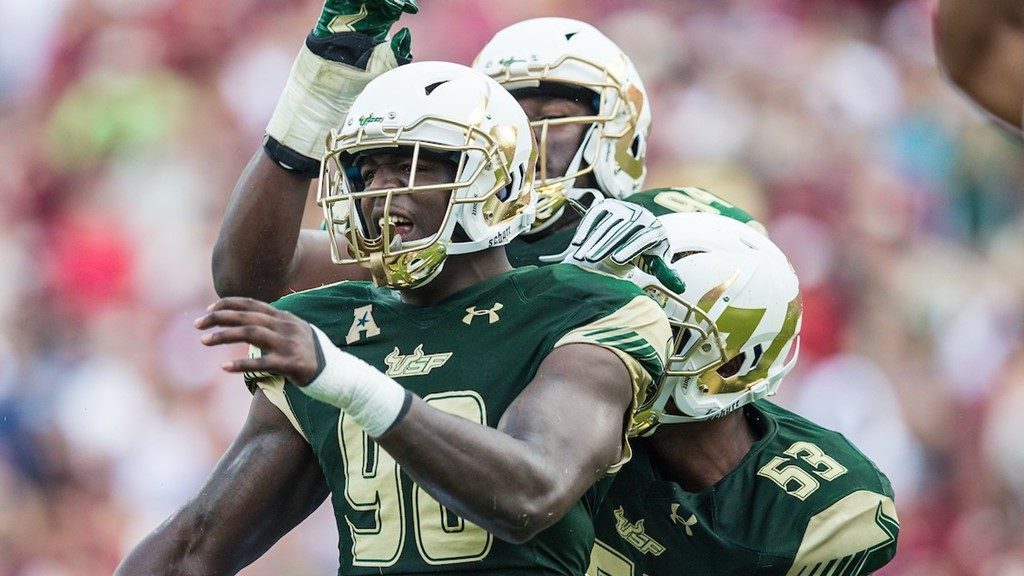 Justin Lawler – Southern Methodist University. Lawler is a workhorse. The 6-4, 264-pound defensive end is highly ranked at his position for the 2018 class. With great technique and balance, he finished his senior year with 74 tackles, including 9.5 sacks, battled two passes and forced two fumbles.  For his career at SMU, Lawler recorded 40 tackles for losses and 20.5 sacks.

Mike Love – South Florida. After the RCI, Love should no longer be a sleeper. Love can be disruptive, has decent speed and plays with intensity. He finished with 28 tackles (11 for losses), including 5.5 sacks and three pass defensed. The former wide receiver is solid from the weakside.

Pat Afriyie – Colgate. The RCI will do either one or two things for the 6-1, 230-pound defensive end, make him draft worthy or rookie mini-camp invitee.

Sione Teuhema – Southeastern Louisiana. Teuhema is clocked with 4.6 speed, which is insane for a 6-3, 255-pound defensive end – or for that matter, a human being. With his uncanny speed and strength, Teuhema feasted on ball carriers last season as he racked up 80 tackles, 18.5 for losses, including nine sacks. The former LSU player is looking to be on the attack in the NFL.

Ebenzer Ogundeko – Tennessee State. Ogundeko was dismissed from Clemson, but was “humbled” and grateful to earn another chance at TSU. He was First-Team All-OVC for the last two years and his talent definitely translates to NFL success. Despite battling through an injury, Ogundeko will be a still. 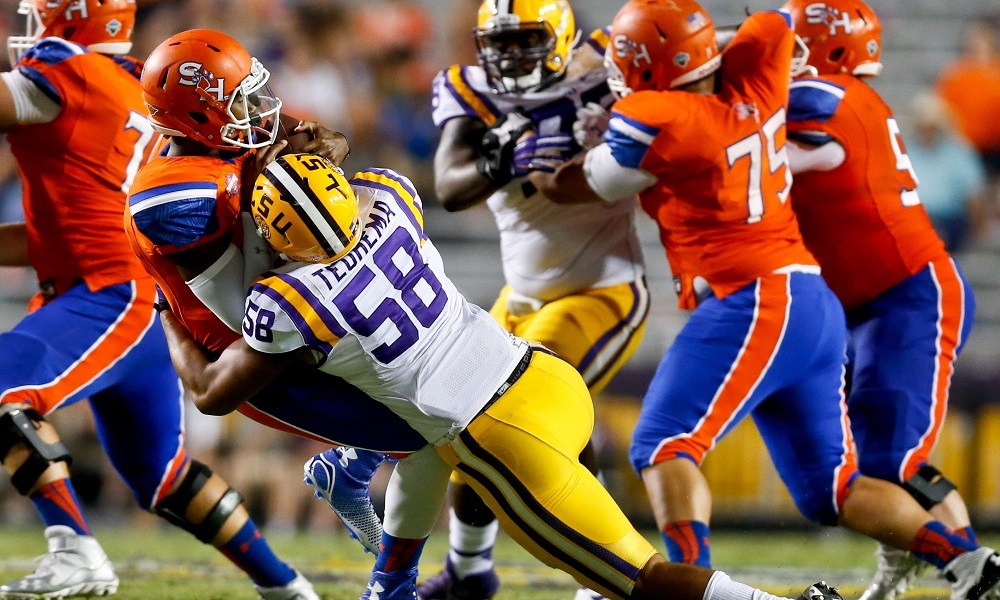 Abdullah Anderson – Bucknell. The former basketball player turned defensive end exited his senior year as the Patriot League’s Defensive Player of the Year. The high energy edge rusher does not take plays off as his performance is consistent from start to finish. The only question is, will he fully commit to football on the next level? Anderson went to Bucknell to excel in academics (economics). If Anderson can answer that question, he will truly succeed on the gridiron.

Jullian Taylor – Temple. Taylor has met with a couple of NFL teams, most notably with the San Francisco 49ers. Unfortunately, Taylor sustained knee injuries in the past, including a torn ACL. Last season, he played in all but one of Temple’s games.

Joshua Fatu – USC. Last October, Fatu was in a car accident. He finished strong and is fully ready to prove his worth. 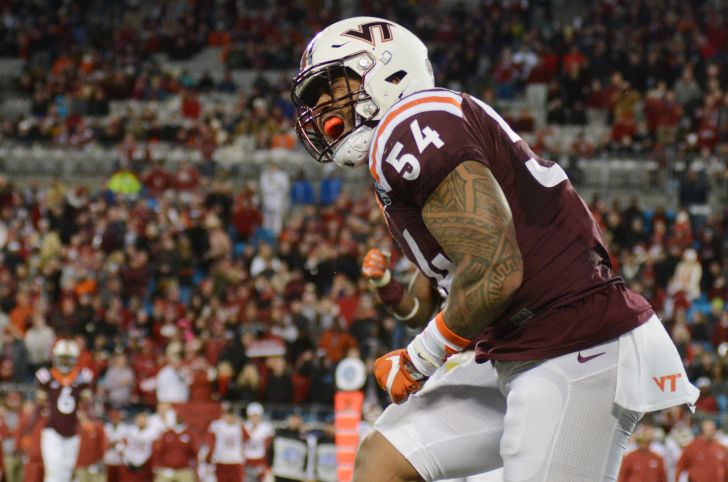 Donnie Alexander Jr. – LSU. Alexander had his best year as a Tiger last season as he finished with 51 tackles, including a sack, despite battling injuries.

Andrew Motuapuaka – Virginia Tech.  Motuapuaka was a finalist in the Polynesian Player of the Year award, an honor which is awarded to the most outstanding Polynesian college football player. Motuapuaka tallied 92 tackles, 11.5 for loss, including 3.5 sacks, an interception and seven pass defensed. He is sustainable against up-tempo offense and displays great technique and balance.

The NFL Regional Combine Invitational: Fred Taylor, "If You Are Not Fearful, You Have A Sense Of Entitlement." Next post