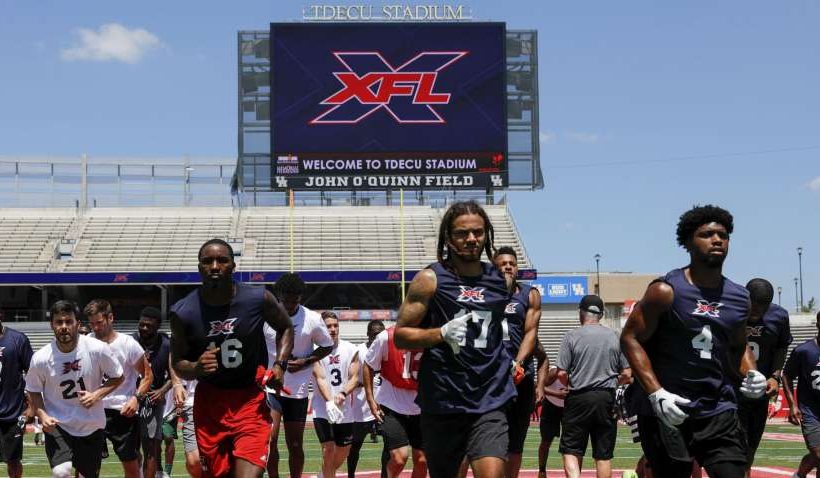 The Combine Report: The Grind Does Not Stop, 33 RC Standouts In XFL Draft Pool

NFL Regional Combine Pioneers Look For Success In The XFL

To dream for an opportunity of a lifetime is one thing, but to actually taste and touch the experience that is desired, it is hard to let go.

This is the case for the 33 NFL Regional Combine standouts who are a part of the 800-plus talents who will have an opportunity of playing professional football for a living through the vehicle of the XFL.

The XFL hopefuls will not be graced with the opportunity of shaking the hand of a league commissioner and hoist a jersey showed the number one finger salute in a taylor-made suit. The player selection process will be echoed via conference call and the results will be broadcast through the machine that drives this country – social media channels.

The draft will be instituted in five phases.

Phase One will focus on skill position players such as quarterbacks, running backs, wide receivers and tight ends in 10 rounds.

The offensive linemen, tackles, guards and centers will have their 10 round selection process in Phase Two.

Phase Three will showcase the defensive fronts in the next 10 rounds, followed by Phase Four which will host the secondary (cornerbacks and safeties) in 10 rounds.

The fifth phase is not really a section, but an open pool that covers 30 rounds. Special team talents will have the liberty of having their names called during this segment. However, for players who did not have their name called out in the other phases, this open pool will afford them a chance to be a part of history.

A supplemental draft will take place in November at a date to be determined to take advantage of the released NFL and CFL players, including collegiate players from the previous year.

Each of the eight clubs will have a 71-player roster to begin the preseason before finalizing their 52-man roster for the start of the 2020 XFL, which is expected to have a Feb. 8th kickoff date.

Other than the complete makeup of the XFL and the other major football leagues, the foundation is to find quality players to produce a solid product on the field. The prospects’ collegiate experience range from Division-I powerhouse institutions to the elites of Division-III.

Still, for the most part, the playing field is leveled as the majority of the athletes have some form of NFL experience, including the 33 NFL Regional Combine pioneers such as defensive back Mike Cirino from Adams State who is “hoping to hear” his name called.

Cirino is a prime example of a skilled player who simply slipped through the cracks. He attended the 2018 RC trials and earned an invite to the Indianapolis Colts rookie mini-camp. Due to the depth of the Colts’ secondary, Cirino had a long shot of making that camp.

With no legitimate offers surfacing, Cirino was left on the outside looking in.

Until the XFL came calling.

“I’m really excited about the XFL Draft and I’m looking forward to hearing my name get called,” stated Cirino via conversation. “This is an amazing opportunity and I can’t wait to get back on the field.

“And back to doing what I love.”

Following the XFL Draft, dreams will be fulfilled and closure will start to be accepted. The NFL and CFL does not miss out on many standouts as their process is proven. The XFL will filter out the rest of the capable athletes to manufacture success on the field. And Cirino and the remaining NFL Regional Combine pioneers may prove that notion over time as their grind never stop.