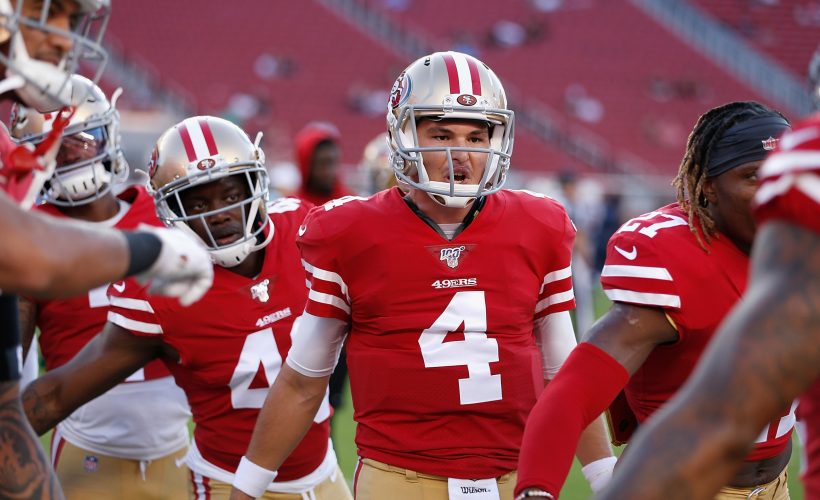 Another NFL Regional Combine Pioneer Will Be A Super Bowl Champion

Can, or, will San Francisco 49ers backup quarterback Nick Mullens be relevant in Super Bowl LIV?

“He’s (Jimmy Garoppolo) so consistent,” stated Mullens about the signal caller he proudly backup said of Garoppolo, according the NBC Sports Bay Area . “The best quarterbacks and football players are consistent. And he’s just consistently making big-time plays and handling big environments. The Saints and Seahawks are his most two efficient games and that’s in the two hardest environments.

“He thrives off the big moment, and that’s what you look for in a quarterback. So it’s awesome, and I’ve learned a lot from observing him and seeing how to be consistent as a quarterback.”

49ers star quarterback Jimmy Garoppolo is healthiest he has ever been in his career, and playing his best football. Before this Super Bowl season, Garoppolo’s seasons was abbreviated due to availability as a backup or injury.

For the record, football fans do not want to see NFL stars getting hurt and miss games – no one.

However, injuries are a part of this masterful game, and given Garoppolo’s history, he is subject to get banged up.

If that happens, enter Mullens.

“I just feel — not like a veteran — but I feel like I’ve been in it for a while,” said Mullens. “I feel very comfortable, just being able to take in all the information and handle information, being able to process and know where to go with the ball.

“I don’t feel like a new guy anymore. So that’s cool to be able to just know the offense, command the offense, connect with your teammates and do a lot of different things you might not feel comfortable doing when you’re the new guy.”

Mullens stepped in last season in Week Nine to finish out the 49ers’ season due to Garoppolo’s ACL injury and quarterback C.J. Beathard’s ineffectiveness. Mullens compiled 2,277 passing yards, 13 touchdowns and 10 interceptions – five of which came off the hands of his pass catchers.

Mullens is poised and cool under pressure. If number Four is called, he can, and will deliver.

“You tell yourself every week, ‘You’re starting this week; prepare like you’re the starter,’” voiced Mullens. “So I have a pretty detailed and specific routine, just playing the game in my mind and seeing what’s going to happen and walking through plays.

“That’s the biggest part because you don’t get reps. So you have to walk through the plays in your mind and physically to be able to feel what it’s going to feel like on game day. So you’re always staying ready and doing as much as you can to prepare.”

Since 2013, at least one NFL Regional Combine pioneer ended their season as a Super Bowl champion. Other than kicking specialists, rarely has a talent from the RC platform played a role of significance in a Super Bowl.

Off the foot of McManus, the Broncos won Super Bowl 50, which Hekker and Zuerlein helped keep Super Bowl LIII interesting for the Rams against the New England Patriots.

Reiter will become the first NFL Regional Combine standout to start a Super Bowl. By far, Reiter’s starting role will be the brightest for the platform as he is essential to the Chiefs’ high-powered offense.

Again, ideally, Garoppolo’s presence in the Super Bowl is important and no one wants to see him on the sideline injured. However, if Mullens is needed to step in and make an appearance in Super Bowl LIV, it will be monumental for the RC.

Clearly, Mullens will be ready for the moment.

“I’m trying to get used to what each play is going to feel like and going through your progressions and really just being able to step in and command the offense whenever that time comes.”