The Combine Report: Redskins Inked Dunbar and Reiter From the NFL Regional Combine

Reiter, a product of South Florida, displayed his great footwork and athletic abilities in the Miami-held workouts in February and was invited to the NFL Super Regional Combine in March. The Redskins were heavy into the process of the NFL talent-producing platform and was impressed with Reiter enough to draft him.

Dunbar put on a show in his RC workout in Miami, and the Super. Dunbar joins the Skins 90-man roster. 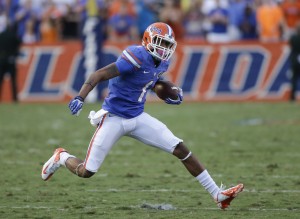 Last season for the University of Florida, the 6-2, 201-pound Dunbar nabbed 20 passes for 342 yards and two touchdowns, but averaged 13.5 yards per reception over his four-year career as a Gator.

For the 2014 campaign, the Redskins welcomed defensive back Akeem Davis, who is one of the NFL Regional Combine pioneers, to the squad where he excel on special teams.