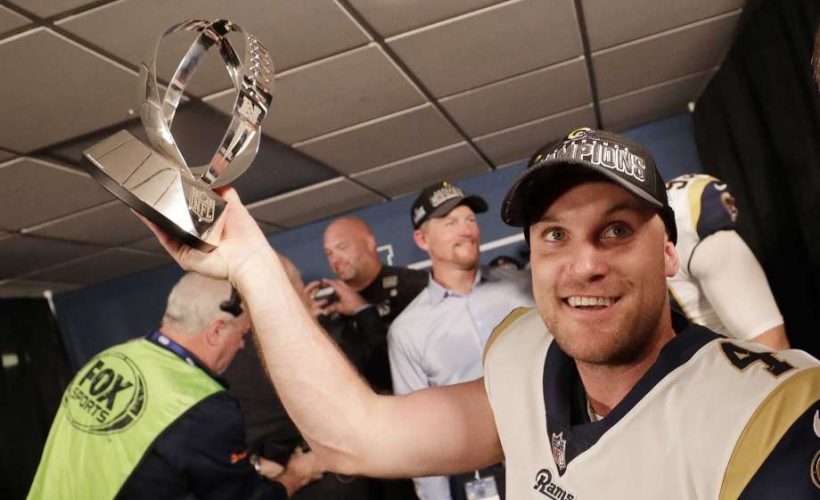 For the Los Angeles Rams, their offense was the story during the season. As predicted for the postseason, the Rams’ path to Super Bowl LIII would come off the feet of their kicking specialists, pioneers of the NFL Regional Combine platform with kicker Greg Zuerlein leading the way.

“It’s unbelievable, man. I can’t put it into words,” said Rams quarterback Jared Goff. “The defense played the way they did to force it (the game) to overtime. The defense gets a pick and Greg makes a 57-yarder to win it. That was good from about 70. Unbelievable.” 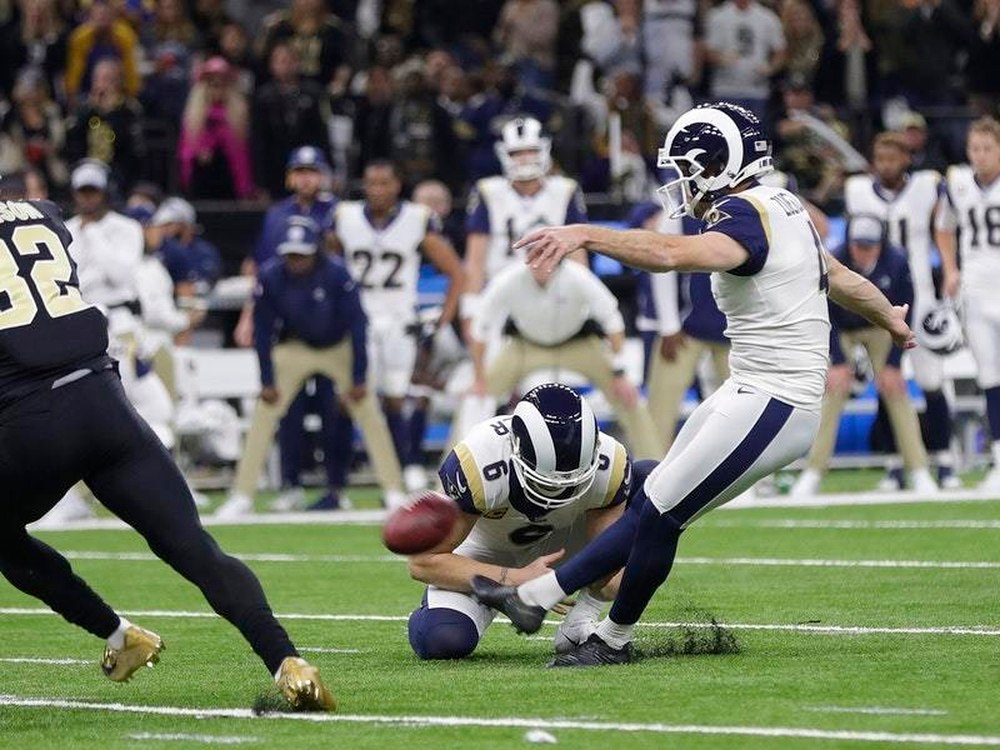 The NFC Conference championship game against the New Orleans Saints was back and forth, especially in the second half. When the Rams needed a spark to stay in the game, they went to their kicking specialist in punter Johnny Hekker.

In the second quarter with 14:23 on the clock, the Rams faced fourth-and-5 from their 30-yard line. Hekker received the snap from punt formation and quickly tossed a pass to the right to Rams safety Sam Shields for a 12-yard gain. That first down conversion propelled the Rams to earn their first points of the day, which was provided by Zuerlein after making a 36-yard field goal.

From there, Zuerlein was hot as he performed masterfully. He finished four-for-four and nailed both extra point attempts. Zuerlein accounted for more than half of the Rams’ 26 final points, including the game-winning 57-yarder.

The Saints attempted to freeze Zuerlein when he was trying to force overtime, but he was too hot for that.

“I really wasn’t thinking much,” said Zuerlein, according to NFL.com. “I just looked up and saw it was going straight. And I was happy. I knew it was going to be long enough because I thought I hit it pretty well power-wise. I just didn’t want it to tail one way or the next. Luckily it stayed true.”

Zuerlein definitely will be needed against the New England Patriots, and the RC pioneer will be ready.

Zuerlein attended the NFL Super Regional Combine in 2012 and was the first player who ventured through the platform’s process to be drafted. The Rams selected Zuerlein in the sixth round (171st-overall) in the 2012 NFL Draft.

Clearly, the RC platform propelled Zuerlein, and he helped boot the Rams into the Super Bowl.

“I think it just shows, as an organization as a whole, we never give up on each other,” voiced Zuerlein. “We’re a close-knit group. Whether we’re going through some adversities or success, we don’t let it change us. We just keep on keeping on.” 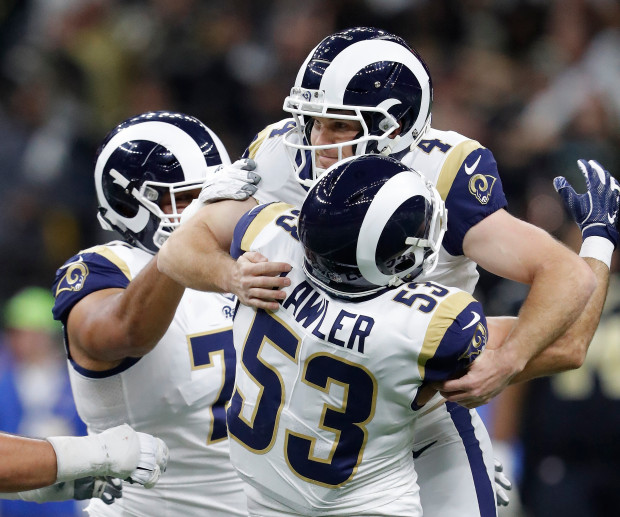 Note: Rams rookies in defensive tackle Justin Lawler and wide receiver Austin Proehl and veteran receiver Mike Thomas (IR) will be at work in helping to win it all as RC standouts with Zuerlein and Hekker.

The Combine Report: RC Pioneers Look To Make Their Mark In The AAF Next post