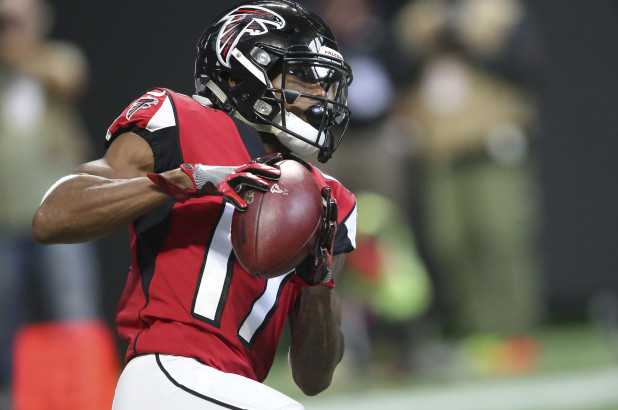 The Combine Report: RC Offensive Midseason – Taking Advantage Early For More Opportunities In The Second Half

The NFL Regional Combine platform was represented by an offensive explosion during each week of the first half of the 2018 campaign. Yards after yards, touchdown after touchdown. And yes, for the first time, passing yard after passing yard.

The NFL is proudly hosting 71 athletes from the RC and its several stages. There are 38 standouts, including kicking specialists, holding things down for the offensive talents. Nevertheless, 14 are actively putting in the work, which is enormous because the offensive gems from the discovery stage are playing more of a significant role.

For hopes of gridiron success, a path has to be paved. Well, these guys are plowing the way for others to cruise through.

Offensively, the first half of the 2018 season was exciting, and here’s how the pioneers made it so.

There is no secret that Minnesota Vikings wide receiver Adam Thielen is a bonafide star in this league. The NFL Regional Combine was established to find unknown gems to primarily help teams build their depth chart. Clearly, these annual workout sessions are discovering more, and Thielen is one of the great examples. 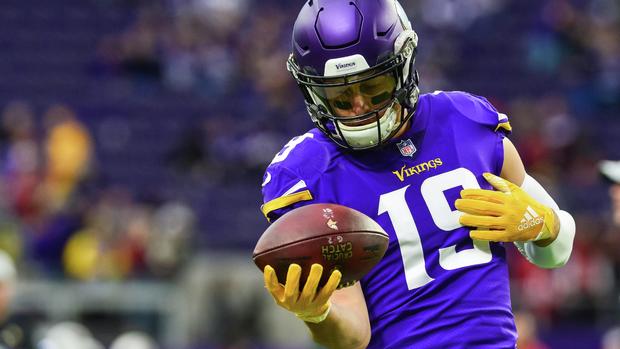 Through nine games, Thielen leads the NFL in receptions (78), receiving yards (947) and catches resulting in a first down (51). Clearly, he will shatter his career-highs of a year ago before Thanksgiving.

In Week Nine against the Detroit Lions, Thielen was bothered with a minor calf injury and was doubled often due to the absence of Stefon Diggs. Those effects caused him to miss the opportunity of solely owning the record of nine straight games with at least 100 receiving yards. But the win was all Thielen wanted anyway.

“That (record) means nothing, that W feels great,” stated Thielen after the game. “We had so many guys step up and I’m so proud of everybody. The defense, the offense, special teams. We’ve just got to keep moving, and keep getting better.”

Still, those circumstances did not stop him from crossing the goal line. Speaking of touchdowns, the projected All-Pro receiver is second in the league with seven.

Now, with the records achieved, Thielen and the Vikings can focus on the second half of the season after a well deserve break due to the bye week. 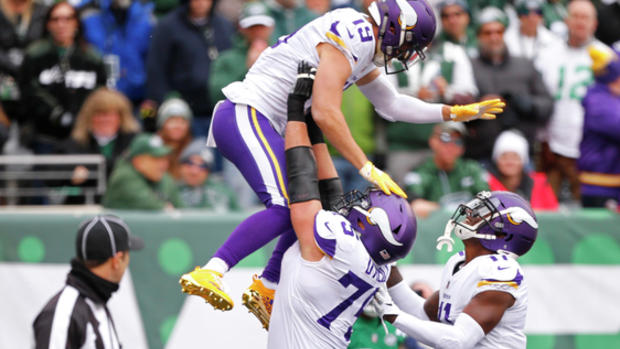 “It’s pivotal (the bye week), and it’s a great time for us. When I saw the part of the season where the bye was this year, I was really excited. It couldn’t be a better time to just get refreshed and get going for the second half.”

RC alums and teammates, wide receiver Brandon Zylstra and Full back C. J. Ham, also got in the stat books. Zylstra caught his first NFL pass this season in Week Seven against the New York Jets for 23 yards. Ham had a crack in getting his first NFL touchdown in Week Eight against the New Orleans Saints, but fell short inside the one-yard line. On the season thus far, Ham has four carries for seven yards and eight receptions for 61 yards.

In Jacksonville, wide receiver Keenan Cole is third in receiving yards (375) on the Jaguars. Cole has 29 catches and a touchdown.  One of Cole’s receptions is recognized for Play of the Year consideration.

With 4:30 remaining in the first quarter, the Jaguars faced a first-and-15 from their 24-yard line. Jaguars quarterback Blake Bortles received the snap from shotgun formation and threw deep down the left side of the field to Cole. While being covered by Patriots cornerback Eric Rowe, the NFL Regional Combine pioneer reached up with his right hand, snagged the ball out the air, cradled the ball and took a couple of steps before flipping out of bounds.

“I was just glad to get the first down for the team,” said Cole humbly, according to USAToday.com. “That’s all I was thinking about at the time… Really, all I was supposed to do was to run straight. Blake was just going to throw the ball, and I was just going to catch it. It sounds real simple, but that’s what it was.” 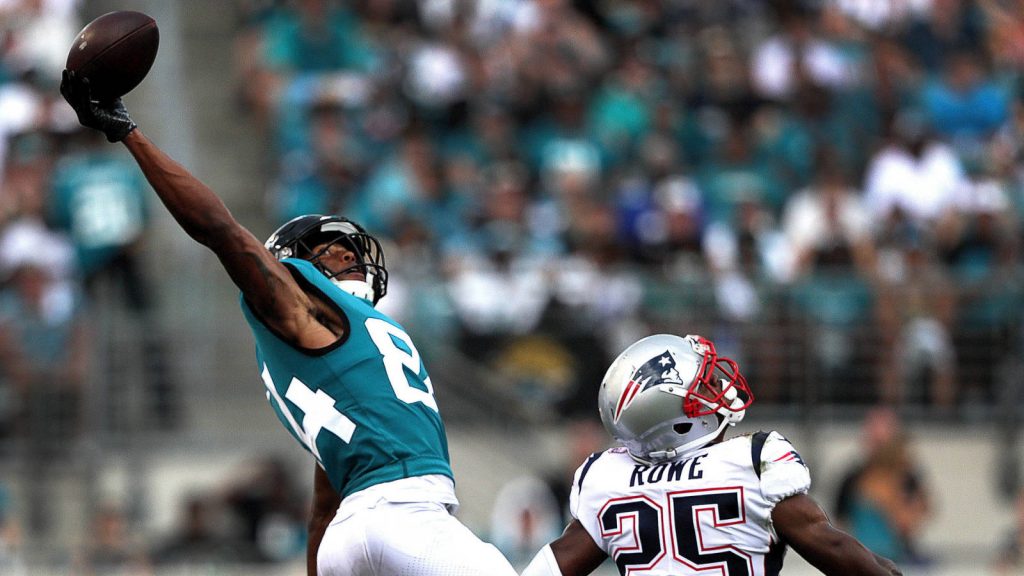 Oakland Raiders wide receiver Seth Roberts is one of the original standouts from the platform to hold his own in the league. He came through the pipeline of the NFL Regional Combine in 2014 and worked his way into the Raiders receiving core to become one of the prime targets.

With the number of changes in the Raiders’ organization, Roberts continued to stay consistent. Through nine games, Roberts has 18 receptions for 188 yards and two touchdowns.

Wide receiver Marvin Hall has paid his dues in Atlanta. Despite the talented speedsters in the Falcons’ receiving unit, Hall’s abilities can not be ignored. Hall is a decent return specialist as he returned 10 kickoffs for 254 yards, the longest spanning 53 yards in Week Four against the Cincinnati Bengals to open the game. Hall had another dynamic return in that contest, but it was called back due to a holding penalty by Falcons linebacker Bruce Carter.

Hall is a decent deep ball catcher as well. Against the New York Giants in Week Seven, the Falcons faced first-and-10 from the Giants’ 47-yard line with 5:01 remaining in the first half. Falcons quarterback Matt Ryan threw deep down the middle of the field after a play fake to Hall as he blew pass Giants cornerback Janoris Jenkins for the 47-yard score.

Hall has eight catches for 127 yards and an touchdown.

To cap the first half of the season, San Francisco 49ers quarterback Nick Mullens debuted and his outing was one for the ages.

Against the Oakland Raiders in Week Nine, Mullens threw for 262 passing yards and three touchdowns, finishing with a 151.9 passer rating. Mullens’ debut rating was the second highest in NFL history behind Marcus Mariota (158.3) at a minimum of 15 attempts (22).

Mullens marked another debut landmark as he became the second quarterback since 2000 to throw a touchdown pass on each of his team’s first two possessions.

In Week 10, Mullens will get the start again and will face the Giants. He should fire off some more fireworks.

Davis earned 27 yards off his nabs and returned seven kickoffs for 171 yards. 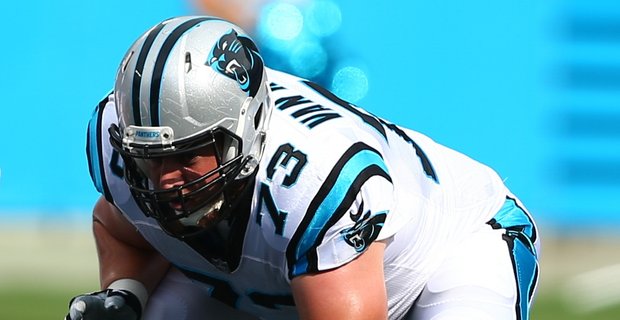 -Pittsburgh Steelers Alejandro Villanueva continues to set the standard for offensive linemen from the RC, along with Carolina Panthers Greg Van Roten as they both are respectful for two high profiled quarterbacks in Ben Roethlisberger and Cam Newton.

It’s on for the second half.