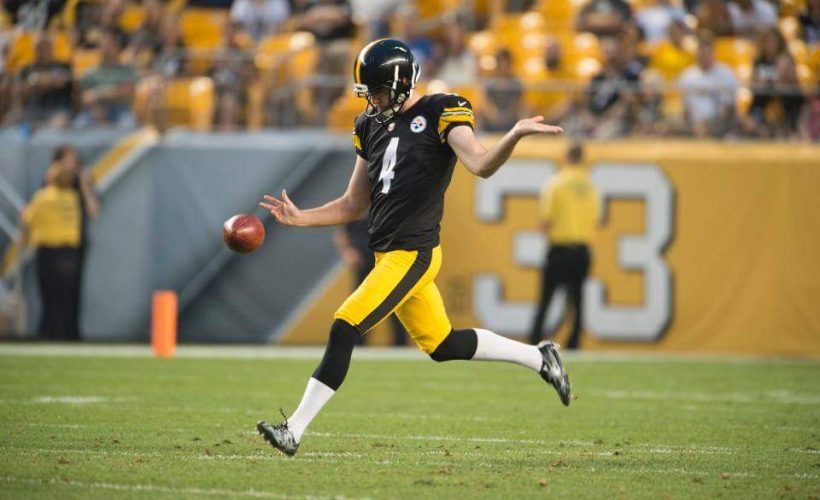 Since its conception, the defensive standouts from the NFL Regional Combine have sustained the platform and helped create its value. Quietly, the kicking specialists have been a staple for the discovery stage. Week 2 of the NFL preseason is another testament of worth and excellence. 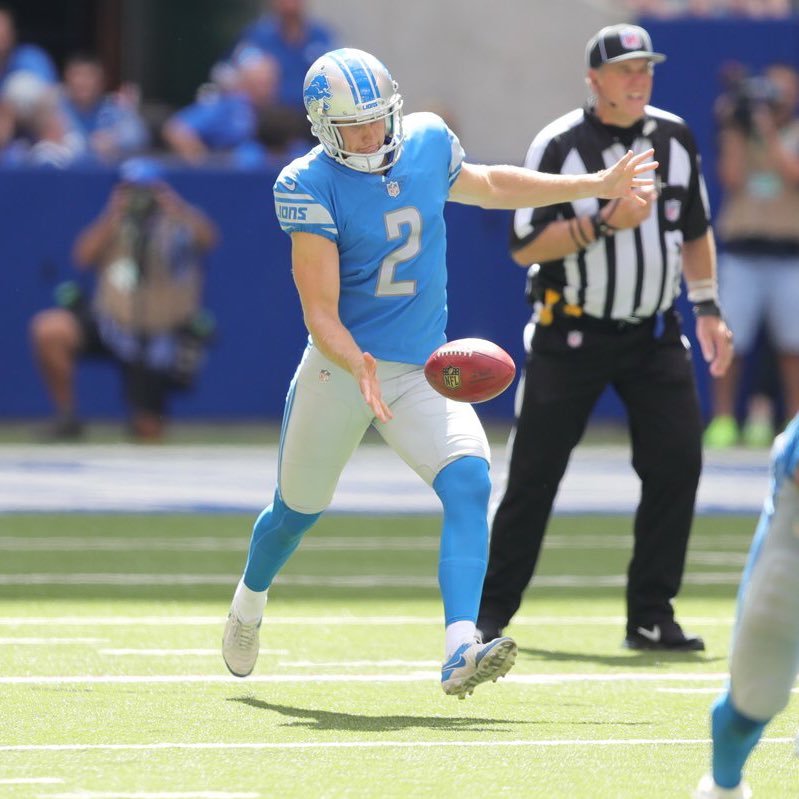 Journeyman Detroit Lions punter Kasey Redfern bounced around the NFL since he entered the league in 2014. Redfern proved his worth repeatedly to the Jacksonville Jaguars, Los Angeles Chargers, Carolina Panthers and Cleveland Browns during the offseason and exhibition play.

Nevertheless, the brilliant punter from Wofford was not allotted an opportunity to perform in the regular season for any of those clubs.

Surely, with the Lions, Redfern is having his best campaign and this is his year. Case in point, against the Jets, Redfern had six attempts and nailed two inside the 20-yard line. His boots helped the Lions to win the battle of field positioning and the defensive matchup.

Oh, and Jets linebacker Julian Stanford finished with a tackle.

Steelers punter Jordan Berry is making a statement this preseason. Just like fellow RC pioneer punter Johnny Hekker  (Los Angeles Rams) is in the NFC – a pro bowler, and an All-Pro, Berry is looking to be the same in the AFC!

Due to the skill set of Berry, the Falcons had to go the length of the field throughout the game. Berry landed seven out of eight punts inside the 20-yard line, his longest spanned for 55 yards.

The NFL Regional Combine talents went to work in this showcase, marking this as the game of the week.

Steelers defensive back Robert Golden shined with four of his tackles and defensive tackle Johnny Maxey Jr. registered a stop.

Steelers cornerback Jordan Dangerfield would not be left undone. Dangerfield had two tackles, but his two interceptions changed the game. 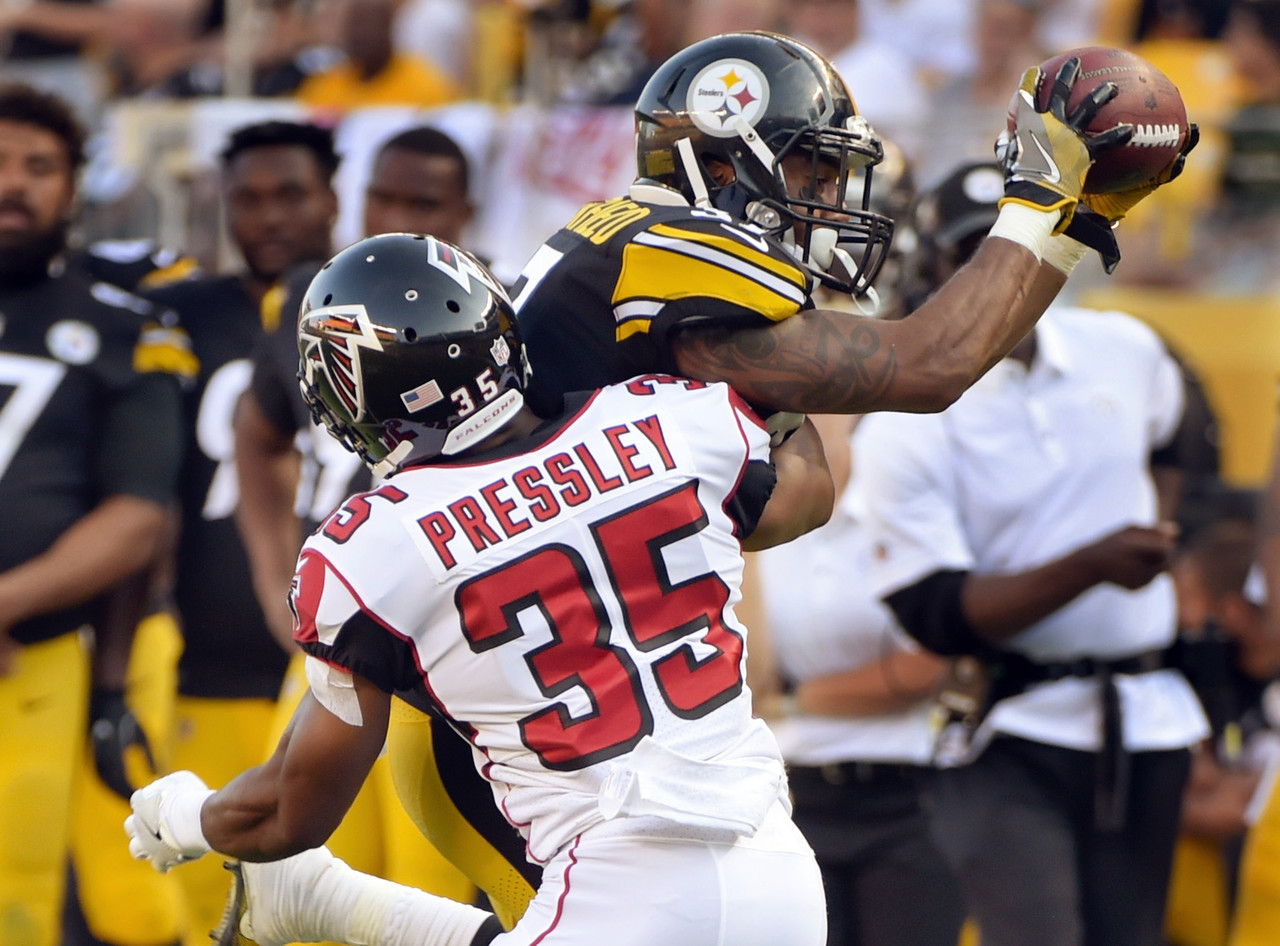 Down 13-10 in the third quarter with 40 seconds remaining, Falcons quarterback Matt Simms dropped back from the Steelers’ 32-yard line and threw deep over the middle of the field where Dangerfield read the flight of the ball to pick off the pass. He returned the play for 18 yards.

Up by four in the fourth quarter with 2:19 left in regulation, Falcons rookie quarterback Alex Torgerson threw a short pass in the flat to the right to rookie running back Jhurell Pressley. The ball bounced off his chest and tipped into the air where Dangerfield snatched it before Pressley could gain control.

Let’s jump to the other side of the ball.

Defensive back Jordan Moore had a tackle.

RELATED ARTICLE: The Combine Report: Preseason Week One – RC Talents Off To A Fast Start

On the other side of the ball, wide receiver Reginald Davis had a reception for eight yards and rookie wideout Marvin Hall racked in two catches for 34 yards. One of his grabs was spectacular as he helped set up the Falcons’ only touchdown of the contest.

Quarterback Matt Ryan threw a dart over the middle of the field to Hall on first-and-10 from the Steelers’ 23-yard line, but the pass was behind him. Hall adjusted his body to make a backward catch and landed on the Steelers’ 5-yard line with 9:23 in the first quarter.

Rookie wide receiver Reggie Davis continues to show off his pass catching skills. He led the Falcons in receiving yards (74) and catches (three), one covering 44 yards.

With 7:39 remaining in the first half from the Steelers’ 30-yard line, the speedy Davis got behind Ross Cockrell on a go route and Simms connected with him deep down the right side of the field for the 44-yard completion. 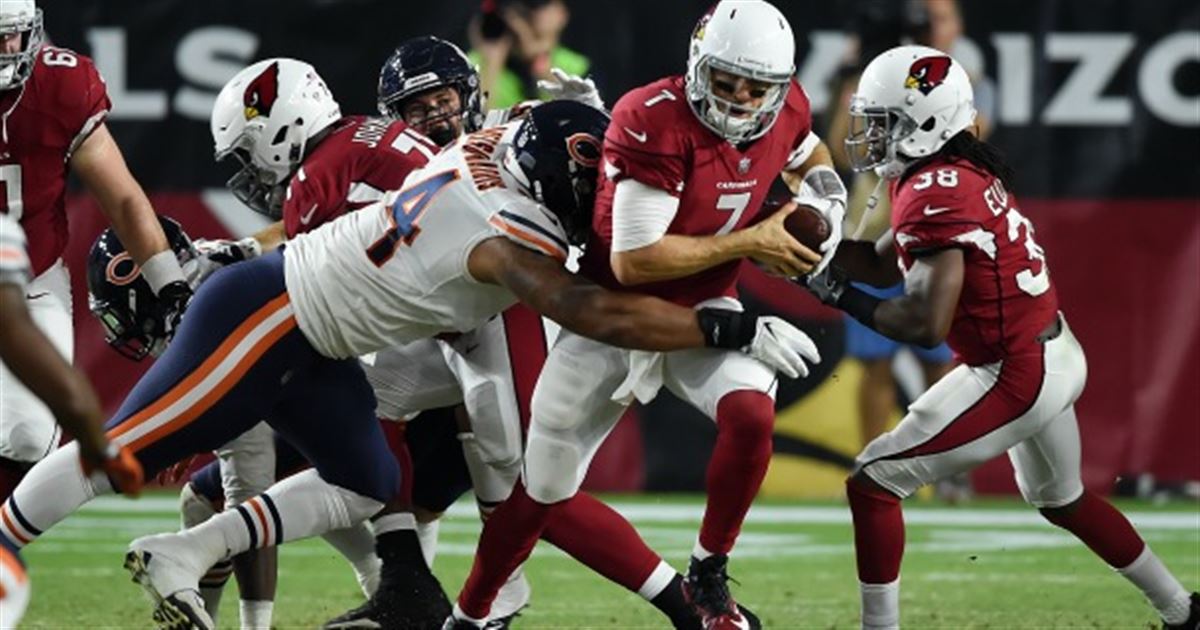 Bears defensive end Roy Robertson-Harris is the only defensive athlete from the RC on the roster, and he is balling.

Cardinals linebacker Alex Bazzie registered a sack in the sack column when he blew up rookie signal caller Mitchell Trubisky in the fourth quarter with 12:05 on the clock. He finished with three tackles.

Cards rookie safety Ironhead Gallon continues to impress with his aggressive play as he posted three tackles and defensive end Peli Anau had a stop.

Tight end Ifeanyi Momah hauled in a pass for 12 yards, while running back Elijhaa Penny is making a case for a roster spot with four carries and two receptions for 17 yards.

Quarterback Dane Evans bounced back with 92 yards of passing after going nine for 12, including an interception.

In terms of interceptions, cornerback Mitchell White seized one against the Buffalo Bills as a game-saver, and after being cut and re-signed in a matter of five days.

The Bills drove the length of the field with 2:54 remaining in regulation. With 11 seconds left from the Eagles’ 8-yard line on second-and-goal, Bills quarterback T.J. Yates received the snap from shotgun and quickly tossed deep towards the right post of the endzone where White undercut the ill-advised pass to return the play for 25 yards before falling to the ground. 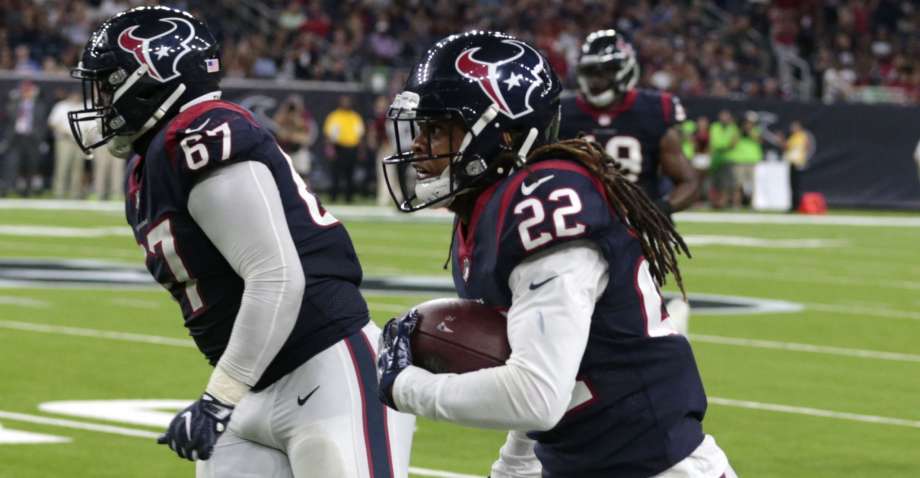 Texans Defensive back Denzel Rice did not have a game-saving play, but he helped to orchestrate the eventual go-ahead winning touchdown against the New England Patriots.

With 11:03 left in the contest from the Patriots’ 38-yard line, Pats quarterback Jimmy Garoppolo scrambled out of the pocket under heavy pressure and tossed an uncharactistic pass to rookie tight end Jacob Hollister, but Rice leaped high to secure the turnover and returned the play for 39 yards to the New England 4-yard line. If he was not tripped up, Rice would have walked into the endzone. 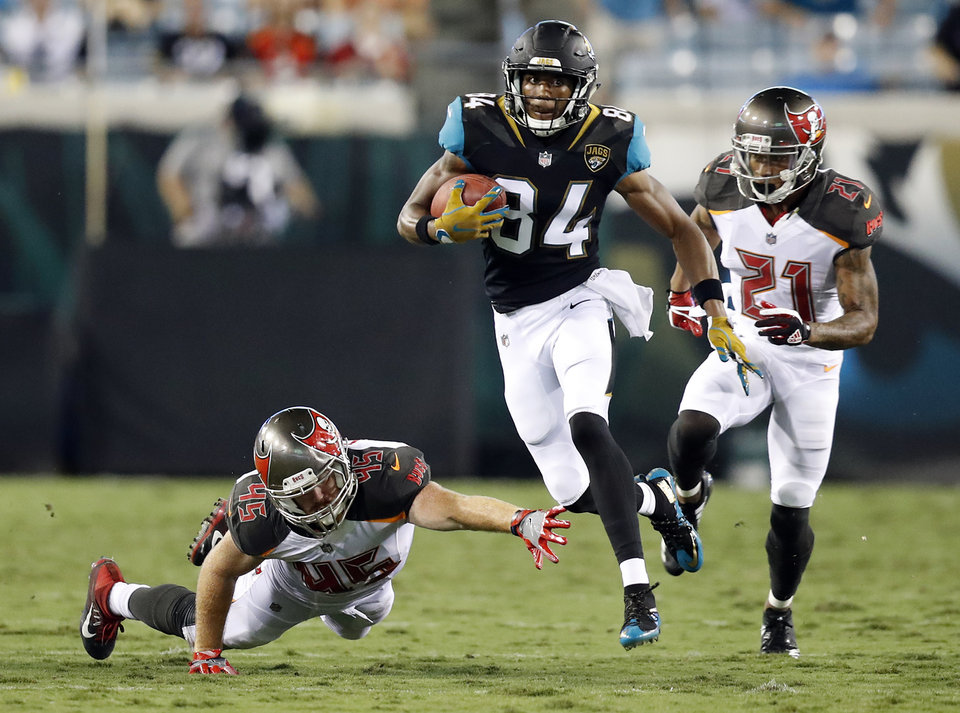 The first two weeks were fun. Now, it gets real.

The Combine Report: 71 NFL Regional Combine Pioneers Enters Week One, Most Ever Next post