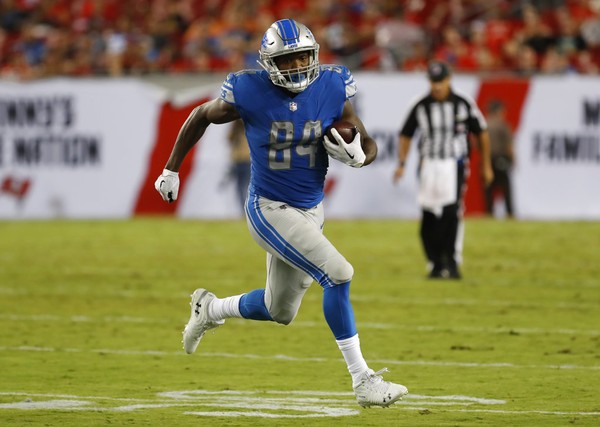 Week Three of the NFL preseason was all about grit, grind and consistency for the talents of the NFL Regional Combine. A majority of these players are judged the most due to being undrafted free agents.

But pressing towards the mark makes the journey all the more special. 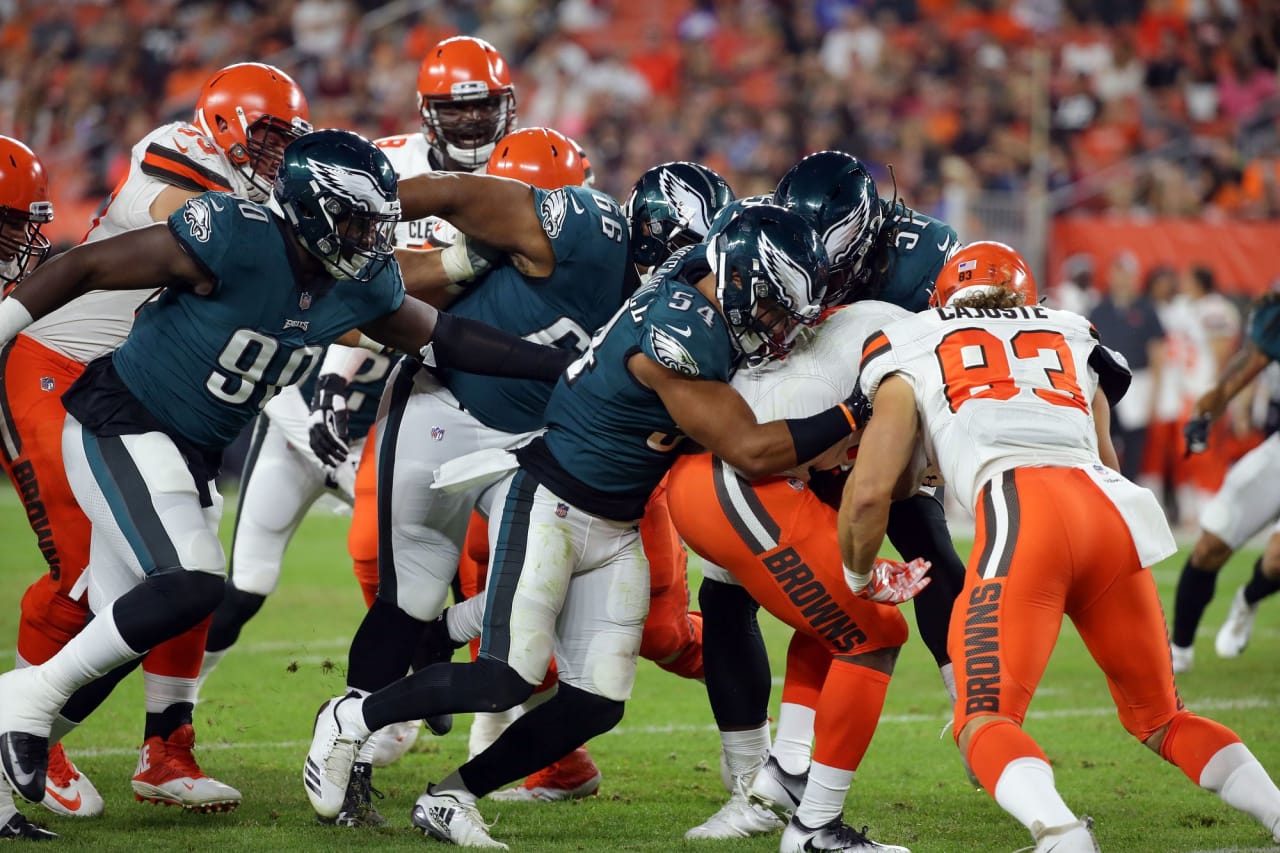 The Browns look extremely impressive this offseason. With all the attention focused on rookie quarterback Baker Mayfield and the Browns’ culture and the club being featured on HBO’s Hardknocks, linebacker B. J. Bello is having a brilliant camp.

Bello is displaying that brilliance on the field with each opportunity he gets. Bello blitzed the Eagles with five tackles to lead the Browns, including the sack that helped secure the victory in the defensive oriented contest.

With :20 seconds left in regulation, the Browns up 5-0 and from the Browns’ 46-yard line, Eagles quarterback Nate Sudfeld received the snap from shot gun when Bello came firing up the middle to tattoo Sudfeld for a nine-yard loss.

The sack took the Eagles out of Browns’ territory to help seal the game. On one of Bello’s tackles, he hooked up with teammates Denzel Rice (a 2015 NFL Regional Combine participant) on a stop in the fourth quarter with 10:02 remaining. 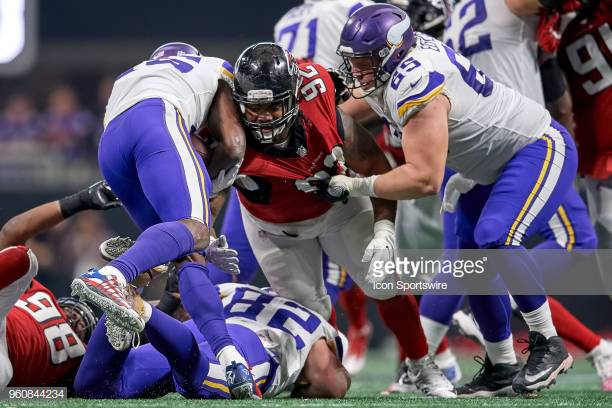 The matchup between the Falcons and Jaguars was interesting because of the battle in the trenches, particularly between Jaguars rookie offensive lineman Tony Adams and Falcons defensive tackle Justin Zimmer in the second half, both RC pioneers.

The Jaguars are building towards being a dominate team on the ground. Last season, they led the league in rushing yards and they are looking to cement their identity in 2018.

Adams has a chance to be a part of it. Adams and the offensive line helped to establish 147 rushing yards against the Falcons.

Still, Zimmer and the gang did not make it easy.

The Falcons are working to become more solid up front, especially in the middle to place more pressure on quarterbacks. Zimmer, a second-year standout from the Division-II’s Ferris State, has been making a case for himself this preseason as he is applying the physical force the Falcons are expecting.

Adams and Zimmer faced off several times. Adams won some battles, but Zimmer put in some impressive work as well.

In the third quarter with 1:59 remaining, the Jaguars were facing second-and-six from the 32-yard line. Jags quarterback Cody Kessler received the snap from shotgun. Zimmer bull rushed Adams over and crushed Kessler for a seven-yard loss.

In the fourth quarter, Zimmer was at it again with 10:31 left from the Jaguars’ 19-yard line on third-and-2 when he applied pressure up the middle and collaborated with rookie linebacker Jonathan Celestin for a split sack on Kessler.

For the Jaguars, fullback Tommy Bohanan and wide receiver Keelan Cole both caught a pass. 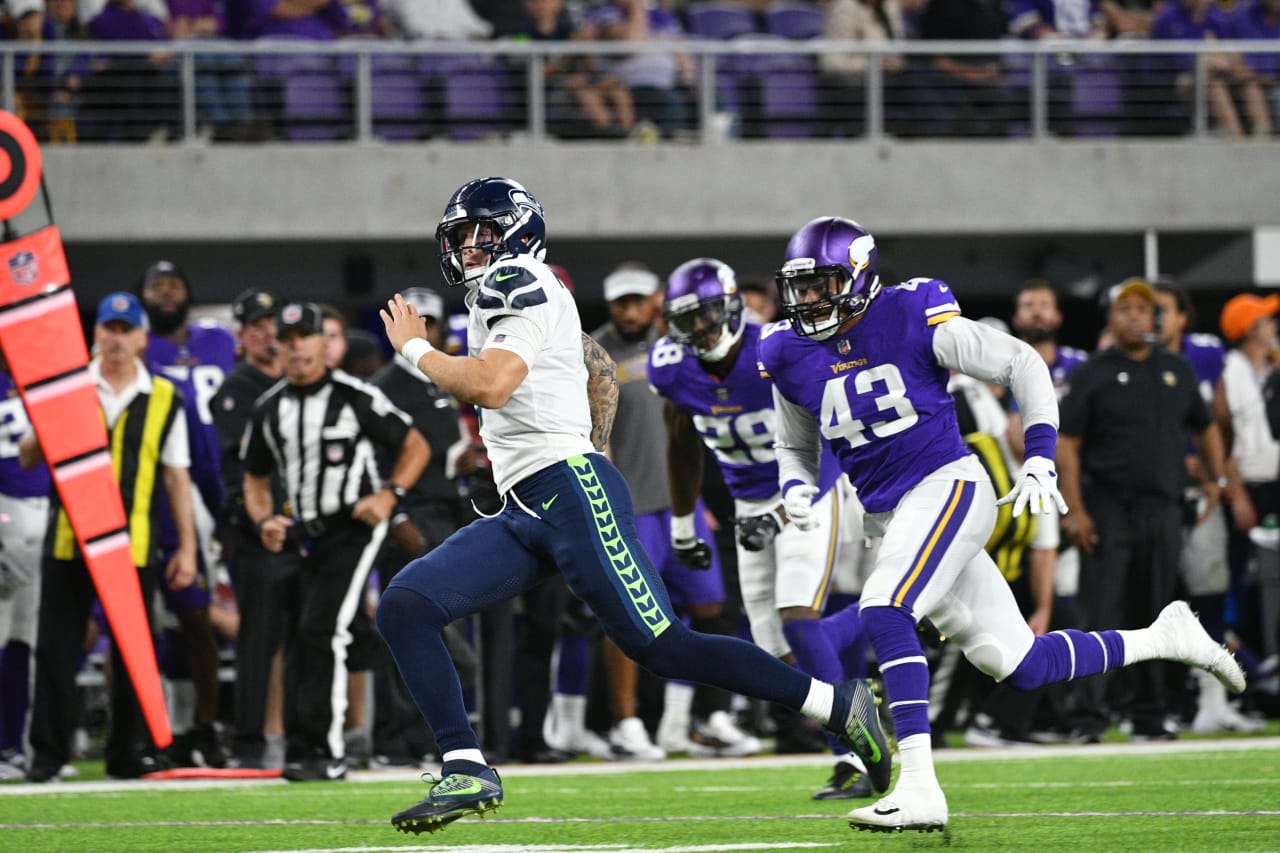 It is only Week Three of the NFL preseason, but it is safe to say that the Seahawks have found their backup signal caller in rookie Alex McGough.

After taking over in the fourth quarter with 13:57 left in regulation, McGough had a pass intercepted due to a deflection and the Vikings tied the game 13-all.

McGough came back to lead a touchdown drive.

With 4:37 left in the contest, facing third-and-3 from the Vikings’ 36-yard line, McGough received the snap for shotgun, faked a hand off and threw the deep back shoulder pass to receiver David Moore and he took off for a 36-yard touchdown.

“When you have a one-on-one with a guy like David Moore, you get excited and your eyes get a little wired and you just throw it to him and know he going to make the plays like that,” said McGough after the game.

The Vikings took a lot of time off the clock and captured the lead following a two-point conversion. But McGough had :47 seconds left.

On the Seahawks’ final attempt, the seventh-round draft pick from Florida International dropped back, bounced around, avoided a sack and threw a Hail Mary deep down the right side of the field to get caught at the Vikings’ two-yard line when time expired.

McGough has clearly gained confidence to play in this league.

“Just confidence in myself,” voiced McGough. “All the other quarterbacks Russell (Wilson), Austin (Davis) just giving me confidence to go out and make plays. Just trust what I see and play football.”

Seahawks wide receiver Keenan Reynolds had his best outing of the preseason as he finished with three receptions for 25 yards. 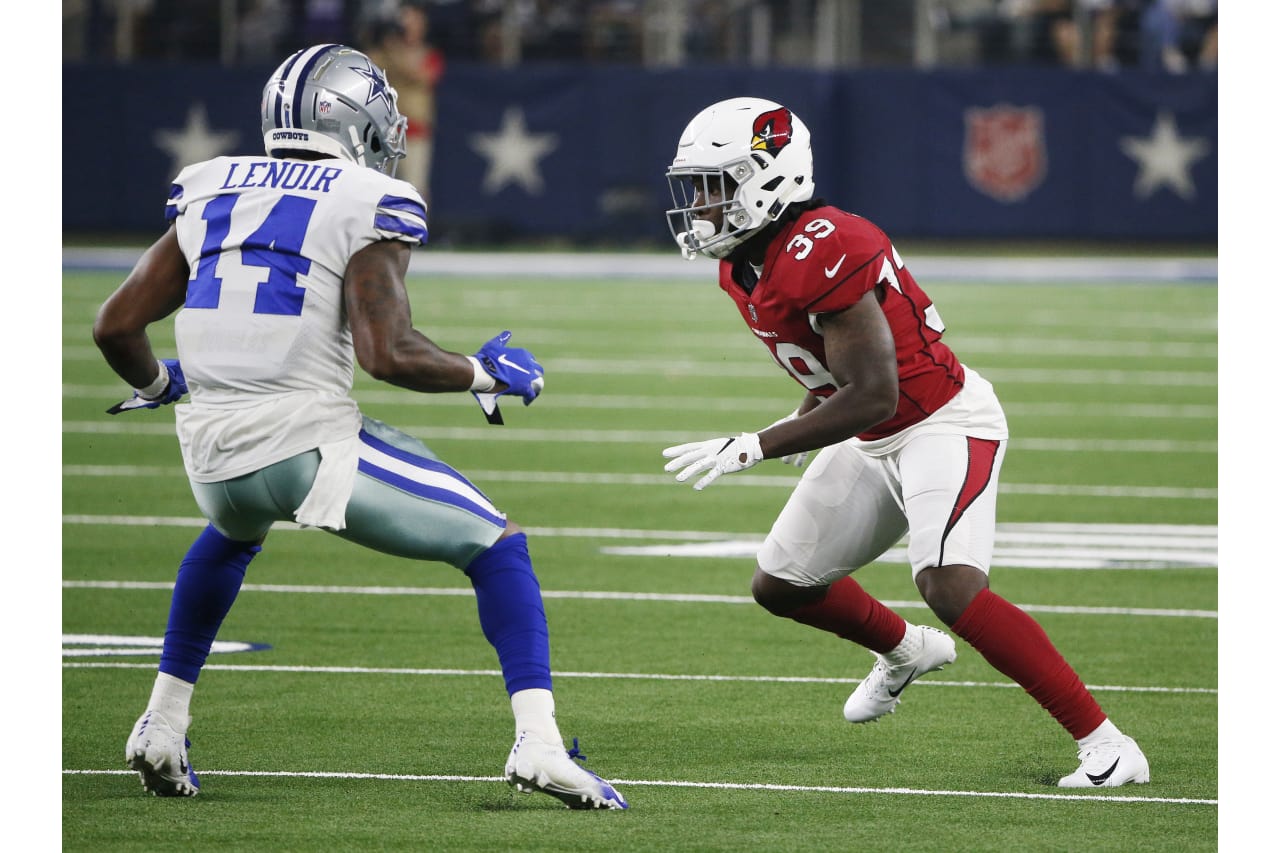 – Tight end Hakeem Valles is proving his worth in Detroit as a first down converting machine. Valles is having a great camp and against the Tampa Bay Buccaneers, he recorded three receptions for 38 yards, all were first down gains.

– Arizona Cardinals cornerback Deatrick Nichols continues to be in attack mode. He finished with six tackles and teammate Benson Mayowa had his best game of the preseason with four tackles

Week Four performances will be lock down for the RC pioneers across the board.