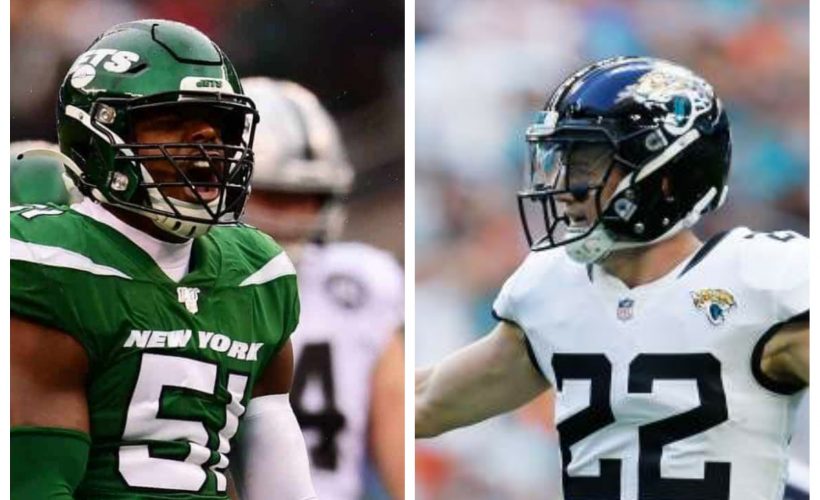 Their chances of getting to the postseason in 2020 is better as they will be under the tutelage of Patriots head coach Bill Belichick, who is arguably the greatest head coach to steer down from the sideline in NFL history.

Copeland is one of the latest pioneers from the NFL Regional Combine platform to sign a free agent deal this offseason. He traveled through the pipeline of RC process in 2013 and later participated in first and only NFL Veteran Combine to earn another shot in the NFL.

After his NFL Veteran Combine trial, the Detroit Lions signed the 6-3, 263-pound linebacker where he played for three seasons, prior to his two year stint with the Jets.

Copeland missed a quarter of the season due to violating the NFL policy on performance-enhancing substances. The Maryland native is seeking litigation to clean up that situation. However, Copeland, 28, finished his 2019 campaign with a career-high in tackles (42).

Davis spent his first five seasons the NFL with the St. Louis/Los Angeles Rams before he signed with the Jaguars.

Davis, 30, participated in the Houston-held RC trials in 2013, where he received immediate attention. He eventually signed with the Rams after the 2013 NFL Draft and helped stabilized their special teams unit, earning the title of captain.

The Patriots has worked well with linebackers, and as talented as Copeland is, New England and he will be a perfect match.

As a member of the Rams, Davis played 65 games, including five NFL starts. In his two years combined in Jacksonville, the special teams ace total 23 tackles and a pass defensed.

With the Patriots, Davis will pair with probably the greatest special teams player in NFL history in wide receiver Matthew Slater.

Slater has been the standard of excellence for the Patriots, and the league. Slater is a three-time Super Bowl champion, eight-time Pro Bowler – including six-time All-Pro. Pairing with Slater, Davis will be extra special.

Copeland is set to make $1 million with the Pats, while terms of Davis’ deal were not disclosed.

The Combine Report: Which RC Pioneers Bettered Their Return To The NFL's Table After Success In The XFL? Previous post