Canton, OHIO – The annual Hall of Fame Game kicked off the NFL season with grand fashion of showcasing the yearly inducted class to the Hall and two competing squads.

To jump start the 2015 NFL preseason, The Pittsburgh Steelers and Minnesota Vikings challenged each other from Tom Benson Hall of Fame Stadium on Sunday night.

For countless fans, and certain creditable players, the preseason doesn’t offer much of a necessity. Apparently, there’s another aspect of the NFL season as football takes on a different meaning for many players who were involved with the NFL Regional Combine process. 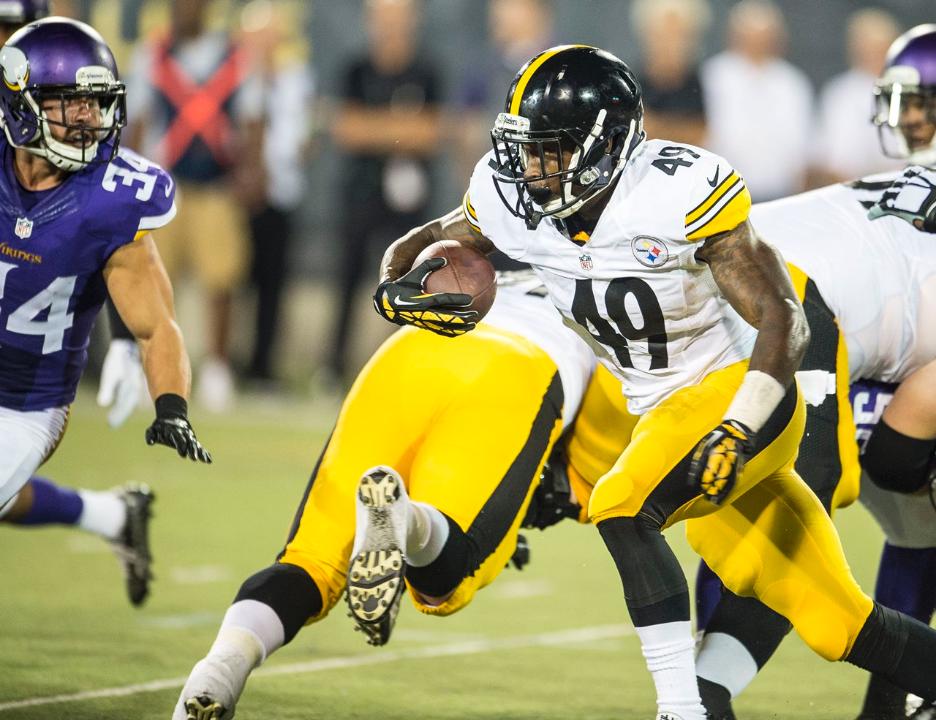 Johnson caught the team’s first pass of the preseason for a one yard gain from quarterback Landry Jones. From there, Johnson was instrumental in the running and passing game as he sealed off the edges and led the way for a couple of blocks.

In terms of blocking, newly converted offensive tackle Alejandro Villanueva made his presence felt on several plays. Most specifically, he delivered a hard block to allow quarterback Jones to connect with wide receiver Dri Archer for a 14 yard gain on third-and-10 with 2:59 remaining in the first half. 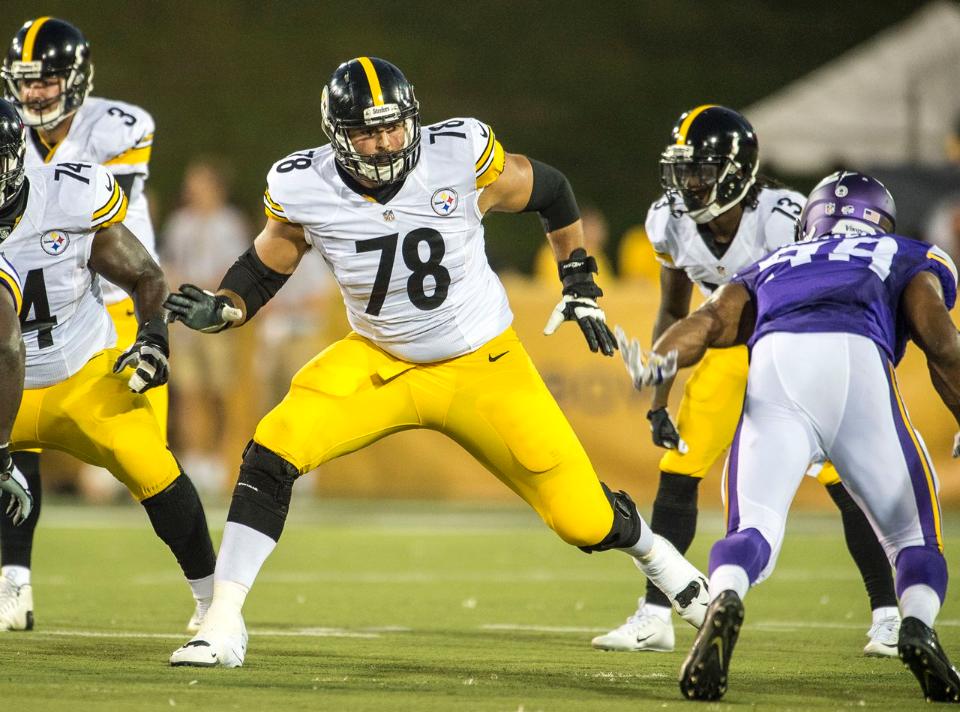 Since entering the league last season, Villanueva transitioned from a linebacker to a tight end to his present position. The 6-9, 277-pound product from Army played nearly each down.

Villanueva paved the way for another NFL Regional Combine standout in running back Jawon Chisholm from Akron. Chisholm had seven carries for 14 yards.

If anything can be stated about the Steelers, they may have a problem. Quarterback Ben Roethlisberger potentially has more toys for the passing game. What is problematic for the Steel City, they probably won’t retain them all on their 53-man roster.

However, wide receivers C.J. Goodwin and rookie Shakim Phillips highlighted their talents to start the process of sleepless nights for the Steelers’ coaching staff. 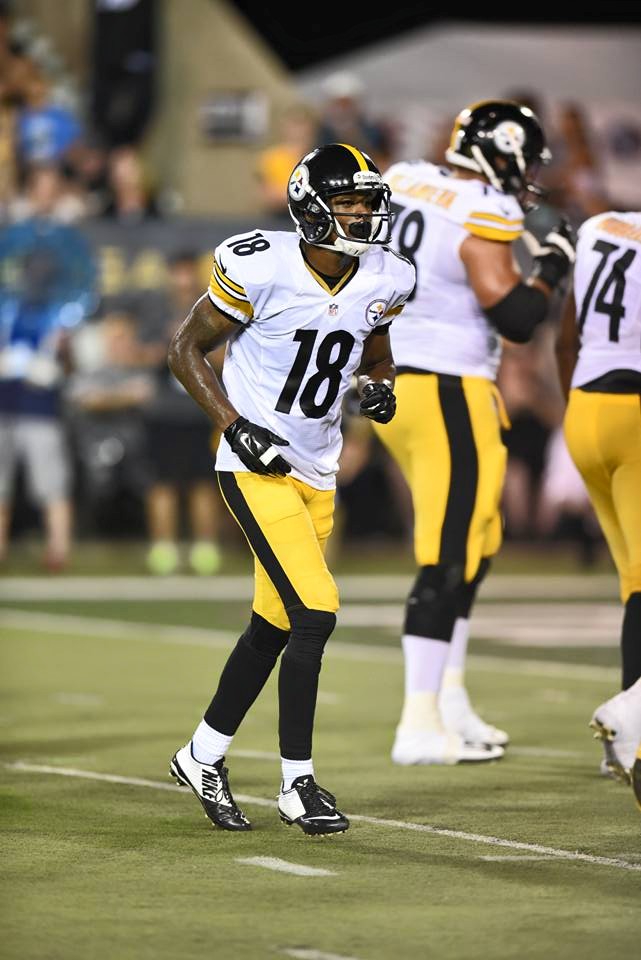 Goodwin was fresh on the scene early for the Steelers and caught his first pass on the year for six yards, but fumbled with 7:01 left in the second quarter. The Steelers didn’t go away from the California University (PA) grad as Jones hooked up with Goodwin for a 13 yard completion while heading out of bounds with 4:14 remaining in the first half.

For Phillips, he made the play of the game with his sensational one-handed catch for 35 yards while stumbling down the field, just missing the chance of taking it to the house with 9:23 left in the second quarter.

‘Honestly, it was like a blur,” said Phillips. “I ran; the cornerback (Trae Waynes) kind of grabbed me so it slowed me up to only force me to catch the ball with one hand. I was a little late; the quarterback threw (Jones) a great pass putting it out there. I feel if I wasn’t held up, I could have run through it. It just happened (laughter).”

Phillips displayed good hands for the contest, and his great speed garnered a couple of penalties from the Vikings’ secondary, most noticeably, Vikings first round selection Trae Waynes. 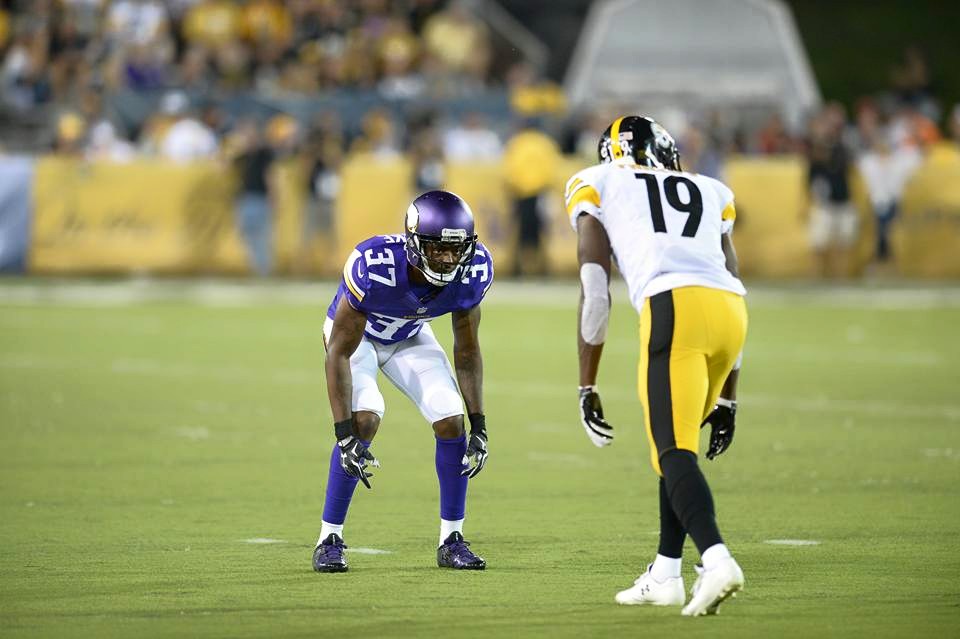 Rookie quarterback Tyler Murphy experienced some action under center, but never attempted a pass as he handed the ball off once and ran an option twice. The Boston College product lined up as a wide receiver for a couple of plays.

On the defense side of the, Blake attracted most of the attention.

Blake assisted on tackling Vikings running back Jerick McKinnon, surrendering two yards on Minnesota’s second play of the game. On the following play, Blake was on the wrong end of the run by McKinnon as he was steamed over before the back stepped out of bounds after registering 13 yards.

The 5-9, 198-pound Blake brush off the collision and quickly redeem himself and recorded two one-on-one stops. He had a shoestring tackle in the open field against tight end Kyle Rudolph after he gained 11 yards. In the next sequence, Blake wrapped up wide receiver Cordarrelle Patterson for a one yard gain. 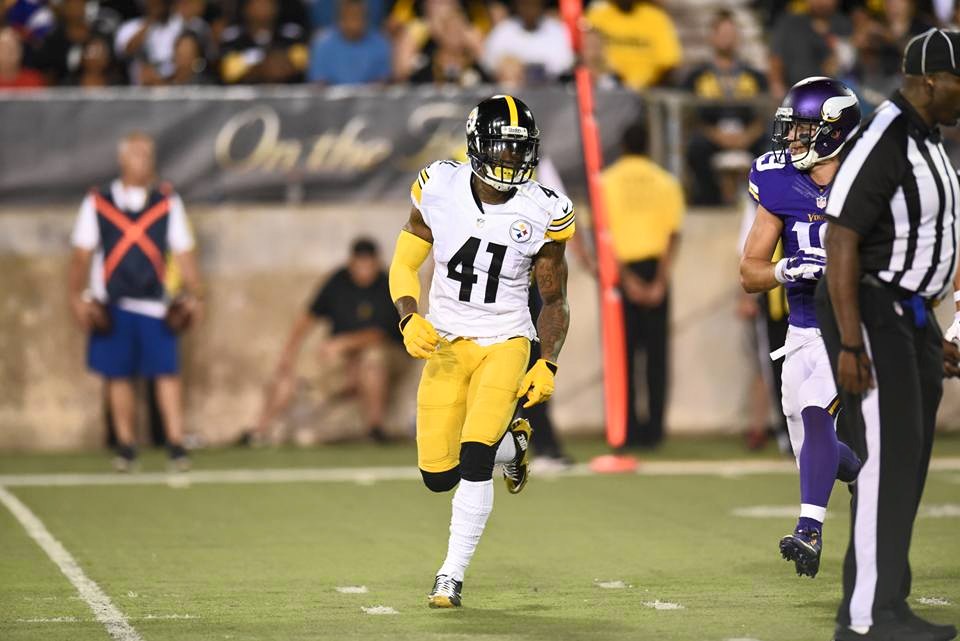 Thielen had a solid 2014 campaign for the Vikings and he hopes to be more active with the offensive unit in 2015. Thielen certainty made a statement with his performance out the gate to press the issue for playing time.

“I’m making sure that I’m consistent on offense,” said Thielen humbly. “I’m bigger, faster and stronger and I’m sure I can play on a high level.”

Thielen was inserted into the lineup in the second quarter and was effective on third down situations.

On the Vikings’ first scoring drive, Thielen came up with two huge third down conversions. The Minnesota State-Mankato product had a seven yard completion on third-and-2 with 7:07 left in the second quarter and converted on a third-and-4 play for eight yards with 5:06 remaining in the half.

Thielen was fluent in all his breaks and ran crisp routes as he finished second in both receptions with three and in receiving yards with 28.

Thielen is diligent in becoming a sharp route runner.

“I run a ton of routes. I made sure I’m as sharp as possible on my routes and be consistent in that,” said Thielen. “When I came into a game, I ran them like I do in practice.”

Vikings quarterback Mike Kafka did not attend any session regarding the NFL Regional Combine. In essence of the NFL Veteran Combine, which collaborates with the NFL Combine Series, he is worthy to be noted for his performance as he displayed his abilities in the first annual event.

Kafka completed seven out of 10 attempts for 66 yards and a touchdown.

With 9:24 remaining in the preseason opener, Foster entered the game as a receiver. He caught a four yard pass with 5:15 left on the clock.

Lastly, Vikings running back Dominique Williams touch the ball early in the fourth quarter twice with gains of seven and four yards. 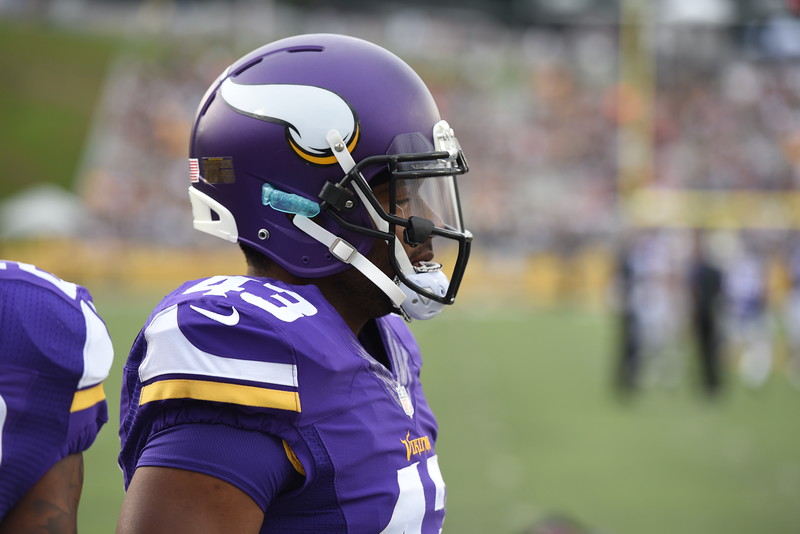