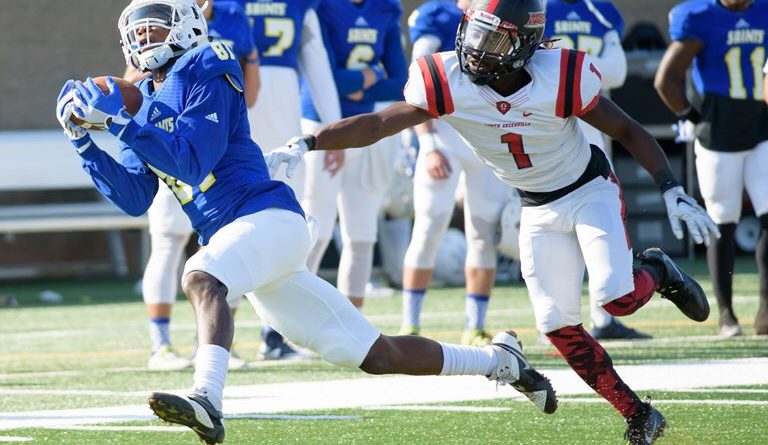 Tampa, FLA – Change doesn’t always mean better, but it does demonstrate a willingness and desire to improve. With that in mind, the NFL Regional Combine has been changed from a discovery platform to an invitational.  The RC Invitational will feature athletes about whom the NFL scouts still have questions.

Having played in the East-West Shrine game and Senior Bowl, these RCI participants have garnered all-conference accolades and could have been invited to Indianapolis for the NFL Scouting Combine. They are not NFL hopefuls like the attendees of the previous RC, talents like Pro Bowlers in wide receiver Adam Thielen (Minnesota Vikings) and tackle Alejandro Villanueva (Pittsburgh Steelers).

The scouts are not questioning the ability of these RCI participants to play in the NFL, but they still have some questions.

Football has away to force players to dig deeper.

Come March 24th, the NFL Regional Combine Invitational will be one heck of a session.

Check out some of the offensive players who should answer all the League’s questions. 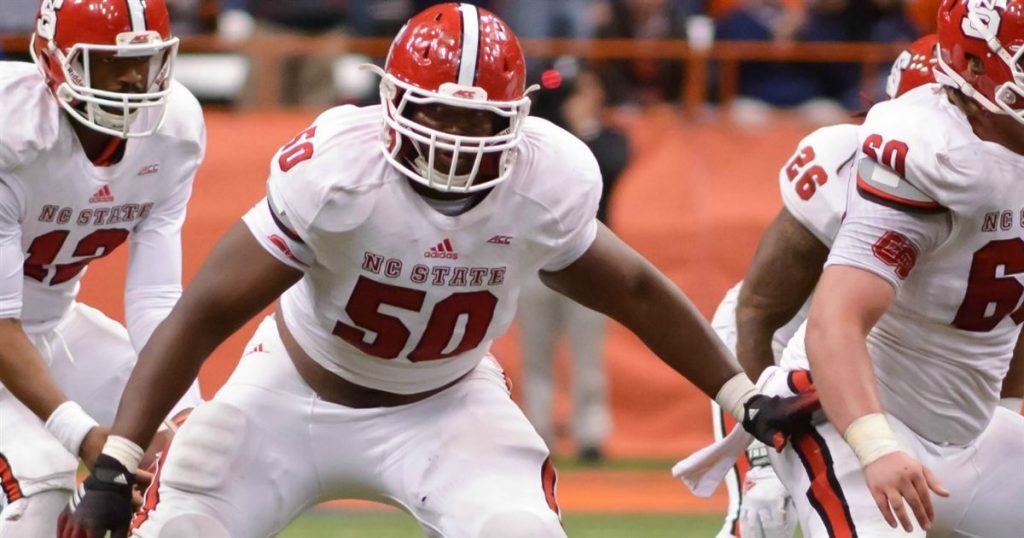 Tony Adams – North Carolina State. Adams is highly experienced as a four-year starter. He did not survive a sack during his junior year. At 6-2, 300-pounds, Adams is viewed as being undersized, but he has the skill set, moves and strength to be an asset in the NFL.

Aaron Evans – UCF. Evans was clearly UCF’s best offensive lineman. The left tackle started 37 games, but missed the Peach Bowl against Auburn due to a knee injury. Time to see if the pain is gone.

Shamire DeVine – Georgia Tech. DeVine towers at 6-6, 380-pounds. He is agile and moves his feet well. Question is, can he play with his present weight or if he plays lighter, will he continue to be aggressive at the next level? 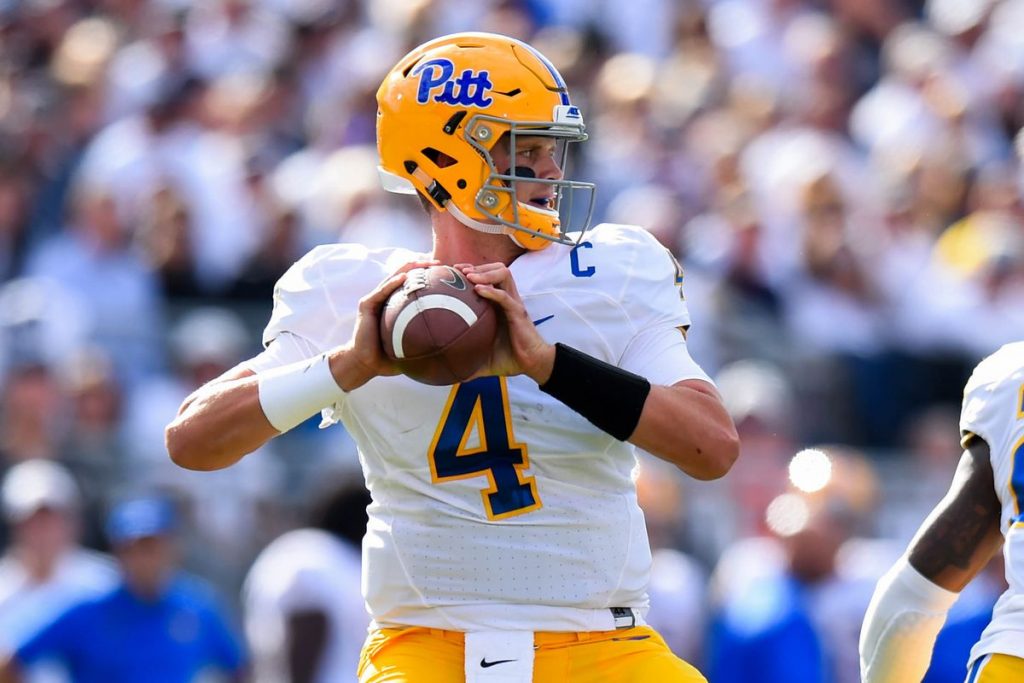 Chase Litton – Marshall. Litton left school early to enter the NFL Draft. Since he was not highly regarded as a high draft pick, the RCI may make or break his chances at winning a roster spot in the League. The 6-5, 232-pound passer completed 60 percent of his passes for 3,115 yards with 25 touchdowns and 14 interceptions last season.

Richard Lagow – Indiana. Lagrow had a questionable 2017 campaign for the Hoosiers. He completed 58 percent of his passes for 1,936 yards with 15 touchdowns. Nevertheless, the 6-6, 240-pound quarterback threw eight interceptions.

Kenny Hill – TCU. Hill picked up where former Texas A&M quarterback Johnny Manziel left off and did well, until he was replaced. Hill transferred to TCU and got plugged in. Hill finished his collegiate career with 3,152 yards, 23 touchdowns and eight interceptions.

Alex McGough – Florida International. McGough is an athletic quarterback who throws well inside and outside the pocket. Due to a broken collarbone, McGough missed post season action and has not participated in any pre-draft sessions. The RCI will be his stage.

Peter Pujals – Holy Cross. The 6-1, 210-pound quarterback throws a good ball, but his touch on a consistent basic is the big question mark. The five-year senior has the maturity and grit that should impress NFL evaluators.

Max Browne – Pittsburgh. After spending the first three years of his collegiate career at USC, Browne was able to shine at Pittsburgh.  He was playing well as a Panther until he injured his shoulder in October that required surgery. Browne has recovered and he put on a show at his Pro Day. The 6-4, 220-pound signal caller gets to showcase his skill set one last time before the big weekend next month.

Jordan Chunn – Troy. Chunn is a big back and, with his 6-1, 220-pound frame, he can impose his will on defenders. He performed well in the Shrine game.

Keith Ford II – Texas A&M. Ford was used sparingly, but he is a touchdown machine and catches well from the backfield.

Luke McNitt – Nebraska/Kearney. McNitt is a 6-2, 250-pound fullback who loves displaying the physical side of the game. He only carried the ball six times as a senior, however, this team captain excelled as a special teams ace. 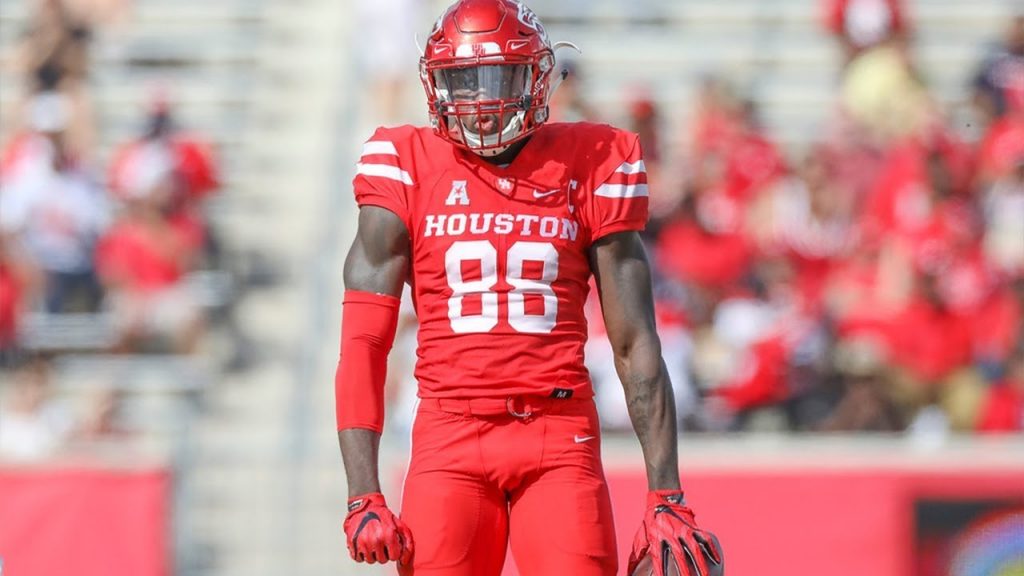 Ervin Phillips – Syracuse. Phillips is a playmaker with a combination of speed, quickness and strong hands.

Shay Fields – Colorado. The 5-11, 185-pound speedster hauled in 46 receptions for 623 yards and four touchdowns. His production dropped slightly from his junior year.

Vyncint Smith – Limestone College. Smith has great concentration and is fundamentally sound with making hand catches. The 6-3, 198-pound receiver has break away speed, but the fastest man in the State of South Carolina will get captured on a team’s roster.

Steven Dunbar Jr. – Houston. At 6-3, Dunbar is labeled as an elite talent. He can create separation and uses his body to overpower defensive backs. Dunbar is physical and he can either blow by a defender or simply run them over. It just depends on how he feels.

Anthony Mahoungou – Purdue. The French native has transitioned well as a football player. The 6-3, 218-pound pass catcher is a situational player who can find his way to the ball. Mahoungou could be the first French talent drafted into the NFL since 1989 (Richard Tardits). 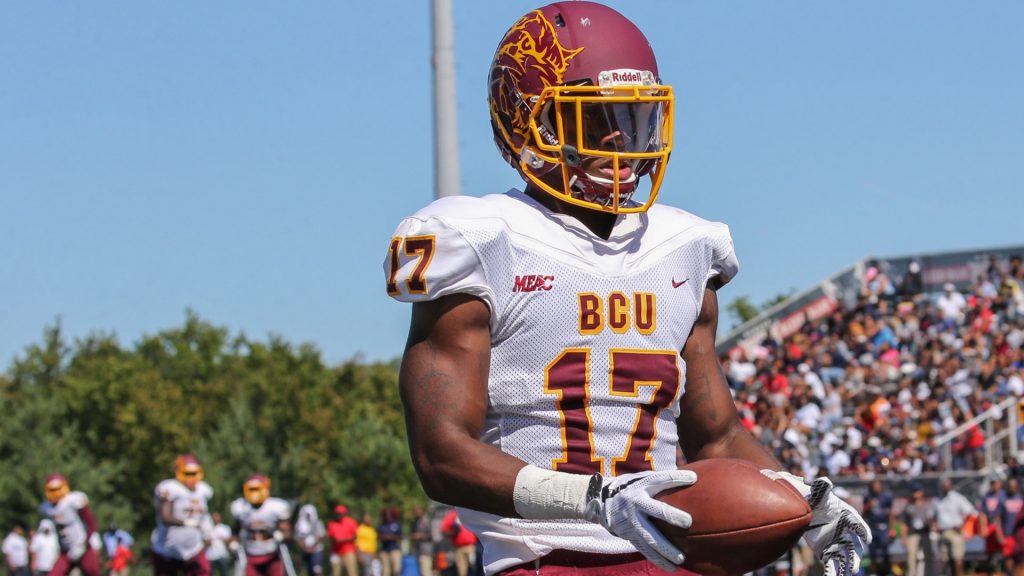 Jawill Davis – Bethune-Cookman. The 5-11, 177-pound receiver did not have a top-notch quarterback passing the ball to him. Still, when the ball got into his hands, he was electric. In the right situation, Davis can be a special talent in the league.

The Combine Report: The NFL Regional Combine Invitational Preview- The Defense On The Defensive Next post