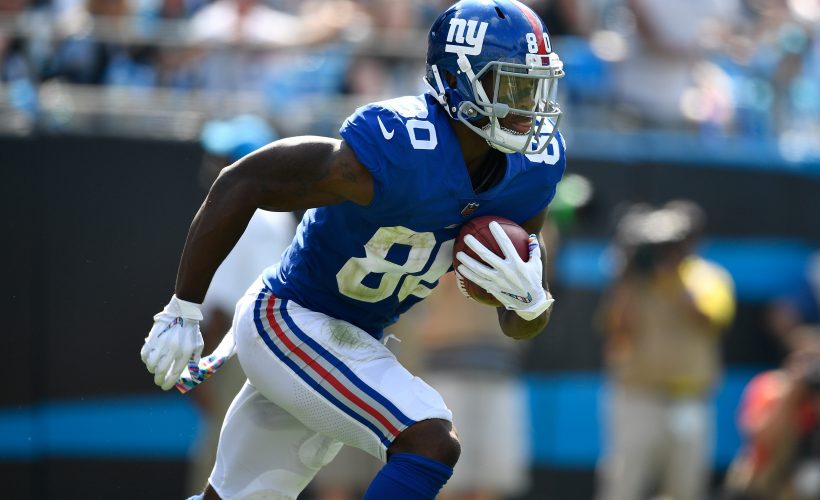 When you consider the thousands of athletes playing football at the Division I, II, and III levels, the odds are that some great athletes may be overlooked by the NFL scouting process.

Considering that over 50 percent of NFL rosters are comprised of undrafted free agents, more nontraditional venues are needed to identify and vet talent. That’s the genius of NFL Football Operations’ Regional Combine series which may open a game changing opportunity for lessor known stars with NFL potential.

This year, there will be a new avenue for NFL hopefuls coming from a talent pool that represents over 10 percent of Hall of Fame inductees–Historical Black Colleges and Universities (HBCUs).

Facts are facts. Out of the 1,696 players in the NFL in 2019, 1,439 were from FBS programs. That’s 85 percent of the NFL, leaving the remaining 157 athletes from 76 other programs. Within that mix, 32 players from the HBCU process are wearing NFL jerseys.

Tackle Tytus Howard (Alabama State) was drafted in the first round (23rd-overall) in the 2019 NFL Draft by the Houston Texans. Howard was the first player from a HBCU program to be selected in the first-round since Washington Redskins cornerback Dominique Rodgers-Cromartie (Tennessee State), who was selected 16th-overall in 2008 by the Arizona Cardinals.

This represented an 11-year gap for historical black programs that once produced an average of 60 players each year from 1967 to 1972, equaling 365.

The backsliding of HBCUs’ grace from the NFL can be fingered to a number of temptations.

For starters, let’s acknowledge the that the NFL draft changed, decreasing from 12 to seven rounds.

Before establishing a case for the HBCUs’ presence on the NFL gridiron, it is important to understand the purpose of the institutions’ foundation.

Clearly, HBCUs placed education at a much higher value as athletics remained secondary. In terms of athleticism, African-Americans are naturally gifted, physical talents. As a result as HBCUs evolved, their athletes became stars and were eventually showcased in the NFL.

Then, the relationship between HBCUs and the NFL was crippled because of integration.

What was so vitally and desperately needed to validate this country’s excellence of integration in the early twentieth century actually backfired against HBCUs as African-American athletes took their superior talents to the larger institutions due to their marketable exposure and the institution’s superior resources, which was something Black colleges lack.

As African-American athletes spread their skill sets across the country at traditional white prestigious institutions and making them athletic powerhouses, the power HBCUs had on the field declined.

While NFL scouts are the best in the business, as evidenced by the product on the field, it is easier and safer to scout powerhouse programs and other Division-I institutions. This herd mentality stampedes toward the bigger programs, leaving the small schools and HBCU institutions behind.

Case in point, in 2019, no NFL scout attended Florida A&M’s Pro Day. That should never happen.

According to Yahoo Sports, two NFL scouts stated FAMU never had a pro day registered through the NFL. That is the school’s responsibility, which introduces another issue as head coaches of HBCU programs must put their players in the best position to get noticed, instead of crying for a flag.

Collectively, HBCU coaches must initiate the process for their players to get recognized by acquiring information from the league and make sure their players are represented by certified agents with the NFL, which is a must.

Just because a player is fast, strong, quick, smart and built well physically does not mean he can play – in the NFL. To participate on the highest stage of football, it requires far more than any spectators’ prospective (that’s another story for later).

Occasionally, NFL scouts miss, however, as the margin is small, minuscule.

According to NFL Football Operations, NFL Player Personnel staff members confirm the eligibility of each draft prospect, which reaches “approximately” 3,000 college players each year. With roughly 280 job openings in the NFL each year, opportunities in the league are extremely limited.

To be fair, NFL scouts simply can not get to every eligible athlete year in and year out. Without visibility, coupled with time, many players will fall through the cracks, despite any effort or lack there of.

This is where the NFL Regional Combine process meets this need by applying an additional platform for talents to show their potential. By NFL Football Operations taking initiative, this venue assures all avenues are covered.

This year, NFL Football Operations has established its first combine to host only HBCU talents, and this platform will help bridge the gap between the NFL and HBCUs institutions.

“The NFL’s relationship with HBCUs informs, drives awareness, and inspires students of color about opportunities to be involved in professional football both on and beyond the playing field,” stated NFL Executive Vice President of Football Operations Troy Vincent via conversation.

Since the inception of NFL Regional Combine in 2012, roughly 6,176 athletes participated in the process, including the 2019 NFL hopefuls. Since 2014, 165 schools were represented in the RC that had players who signed with NFL clubs at some capacity, which totaled 277 athletes.

Just using the 277 overlooked talents from 2014 to 2019, that’s 4.85 percent of players who may not have reached the NFL without the NFL Regional Combine stage. But it takes only that one special player to turn a team around. Look at just five players–Minnesota Vikings wide receiver Adam Thielen and full back C. J. Ham, Los Angeles Rams kicking specialists in punter Johnny Hekker and kicker Greg Zuerlein and Pittsburgh Steelers tackle Alejandro Villanueva. They are pro Bowlers who journeyed through the process.

In relation to HBCUs, there are 44 football programs from their 107 institutions. Dating back to 2014, 12 schools were represented and 16 players signed with a NFL squad at some capacity. Clearly, the lack of awareness played a role.

Now, the narrative is about to change – thanks to the NFL Regional Combine platform as an intentional process of discovery by NFL Football Operations.

Similar to the NFL Regional Combine Invitational, the HBCU players will benefit from speakers from the NFL Legends Community and be interviewed by team decision-makers. At this juncture, the HBCU invitees will experience the same opportunities afforded the players who were invited to the NFL Scouting Combine in Indianapolis.

This preparation will help prepare HBCU prospects prior to their workout, and if the field of play does not become their profession, NFL Football Operations’ guide to success will assist them to be professionals in other areas of the game.

LockerTalk Podcast: The Need And Why The HBCU Combine Is Paramount Next post