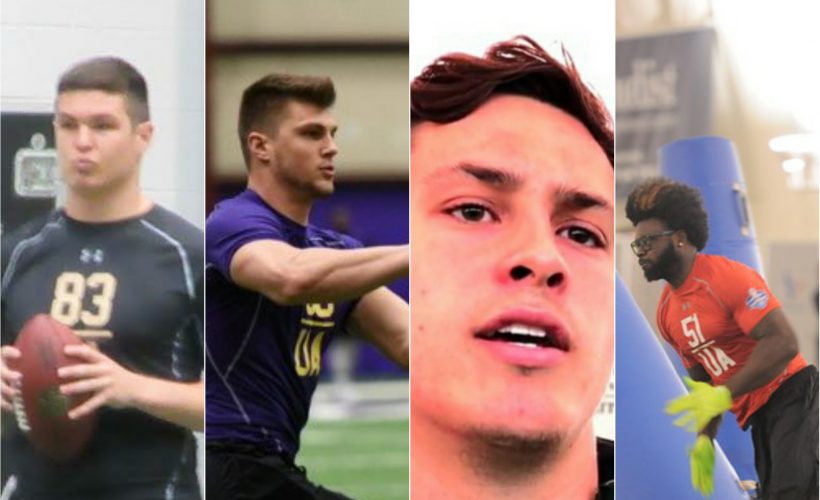 At Least Two RC Standouts Make It To The Super Bowl Each Season. Who Will This Year?

With Super Bowl LIV shortly approaching, the urge of putting together early predictions are the norms of this great game.

The Super Bowl matchup is yet to be determined, however, there is one prediction that is guaranteed – a talent who ventured through the NFL Regional Combine platform will get a Super Bowl ring.

But who are they or which one?

The San Francisco 49ers and Kansas City Chiefs are the favorites to play in Miami, Florida, which would mean that 49ers quarterback Nick Mullens and Chiefs center Austin Reiter are the front runners – with rookie defensive end Tim Ward who is on IR.

According to odds makers, the Green Bay Packers and Tennessee Titans are the underdogs. Still, Packers tight end Robert Tonyan and Titans linebacker Nigel Harris, along with cornerback Chris Milton, will have a shot.

Since 2013, at least two NFL Regional Combine pioneers were in the Super Bowl each year. This season will mirror the same outcome.

Mullens had a solid season last year when starting quarterback Jimmy Garoppolo was lost for the season due to an ACL injury. Mullens has proven that he is a credible backup.

Reiter has been outstanding for the Chiefs all season, being the third eye of the reigning NFL MVP quarterback Patrick Mahomes.

Tonyan has not been utilized much this season, but nearly always comes through when his number is called, while Harris spent most of the season on the Titans’ practice squad.

Nevertheless, these RC talents are in prime position of living out a childhood dream – playing in the Super Bowl. For now, it is all about getting there, and these once unknowns must perform well enough in the conference title games to play in the League’s championship on the first Sunday in February.

And they all will.

The Combine Report: NFL Divisional Round Review - Austin Reiter At The Center Of The Comeback Previous post