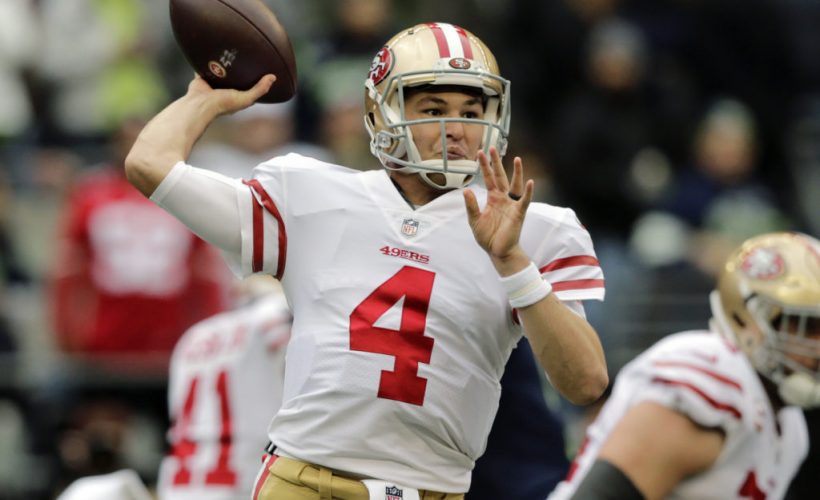 RC Pioneer QB Locked In For Another Season

Due to the covid-19 pandemic which caused lack of interaction with clubs, for Mullens to stay in the Bay Area was a great option, especially understanding the 49ers wanted him. His one-year contract is worth $750,000 according to ESPN.

Mullens ventured through the NFL Regional Combine process in 2017 when he displayed an outstanding workout in New Orleans. That same year, Mullens signed with the 49ers, but the following season Mullens was put in action.

When starting quarterback Jimmy Garoppolo went down to an ACL injury and C.J. Beathard was proven to not be effective, Mullens stepped in for Week Nine. After a stellar performance against the Oakland Raiders, Mullens finished the 2018 season as the starter.

Not surprisingly with a healthy Garoppolo back under center, Mullens did not throw a pass during the season, however, he was the number two quarterback.

Mullens is the first quarterback from the RC platform to have significance in the league. He is truly a pioneer.

Mullens is scheduled to be a restricted free agent in 2021. Without a doubt, the figures he will make this season will be pocket change when he agrees to an eventual multi-year deal.