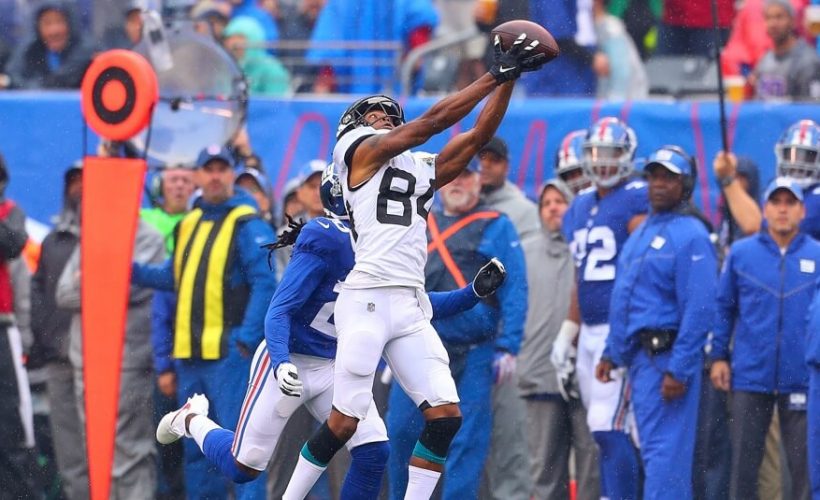 The Combine Report: Midseason Report – Offensive RC Pioneers Will Take It To The Next Level

Minnesota Vikings All-Pro wide receiver Adam Thielen has been carrying the torch for the offensive NFL hopefuls who journeyed through NFL Regional Combine process for a couple of years. Soon, he will not be alone.

29 RC standouts, including four kicking specialists, have experienced success on the highest level of football, however, a few have stepped out this season to impact their squads. Based off their first half performances, the second installment of the 2019 campaign will be yet another level of excitement.

The injury bug has bitten one of the NFL’s elites again. No player is exempted from it, including Thielen. Thielen started the season strong. Due to a hamstring injury he sustained in Week Seven against the Detroit Lions during a 25-yard touchdown reception, Thielen has not returned.

Nevertheless, the news gets better. The Vikings are playing some good ball, and when Thielen returns, the Vikes will be in great position to make a deep run in the postseason.

Thielen has 27 receptions for 391 yards and six touchdowns on the season.

Ham is having a Pro Bowl caliber season, quietly. The Vikings fullback is special. Other than his special teams’ excellence, Ham is one of the few big backers who can lineup wide as a receiver and actually get targeted.

Last season, Ham was targeted 15 times. Midway through this year, Ham already has been factored 14 times catching eight passes for 51 yards and a touchdown, which came in Week Seven and his first since 2017.

Most importantly, Ham is paving the lane for the league’s top rusher in Dalvin Cook. Ham is truly a huge factor for the Vikings offense, and combined with hustle and smashing would-be tacklers, he has two catches for eight yards registered.

Hall spent most of his career with the Atlanta Falcons, and early on in his career, the pioneer receiver displayed that he can be a legitimate deep threat in the NFL. Now, the Detroit Lions are benefiting.

Hall averaged 40.2 yards per catch during the first half of the season. He should be more utilized throughout the rest of the season. The speedster from Washington has 201 receiving yards off five receptions and a touchdown.

A new location was great for wide receiver Trevor Davis who started with the Green Bay Packers this season and is now a part of the highly motivated Oakland Raiders club that was not expected to do much during this rebuilding stage of the franchise.

When Davis touched the ball, he was immediately effective as he scored on 60-yard run. Since joining the Raiders in Week Four, Davis has been actively involved with the offense, unlike when he was in Green Bay for nearly four seasons.

Smith is an incredible talent from Division II’s Limestone College. The former Houston Texans wide receiver has been explosive for his new club, the New York Jets. Like Davis, Smith joined his new team in September and has been electric.

Combing sure hands and elite speed in the return game, Smith is looking to go fast.

“I think I’m a good fit because I’m learning from guys like DT (Demaryius Thomas), Robby (Anderson), and (Jamison) Crowder, learning plays and just trying to pick up the playbook so we can move faster when I’m on the field,” said Smith, according to newyorkjets.com.

“We want to get the ball spread around more and we all want more touches of course, but we all respect each other and our jobs and want to see each other be successful.”

Smith has four receptions for 35 yards, two carries for 32 yards and a touchdown, plus leads the NFL in average return yards (31.2 per attempt).

After a slow start, not to his doing, the Jacksonville Jaguars wide receiver is now back on track. Before Week Seven, Cole averaged only 8.8 snaps per game, and was targeted just once. Since then, Cole has been a part of the offense, where he belongs.